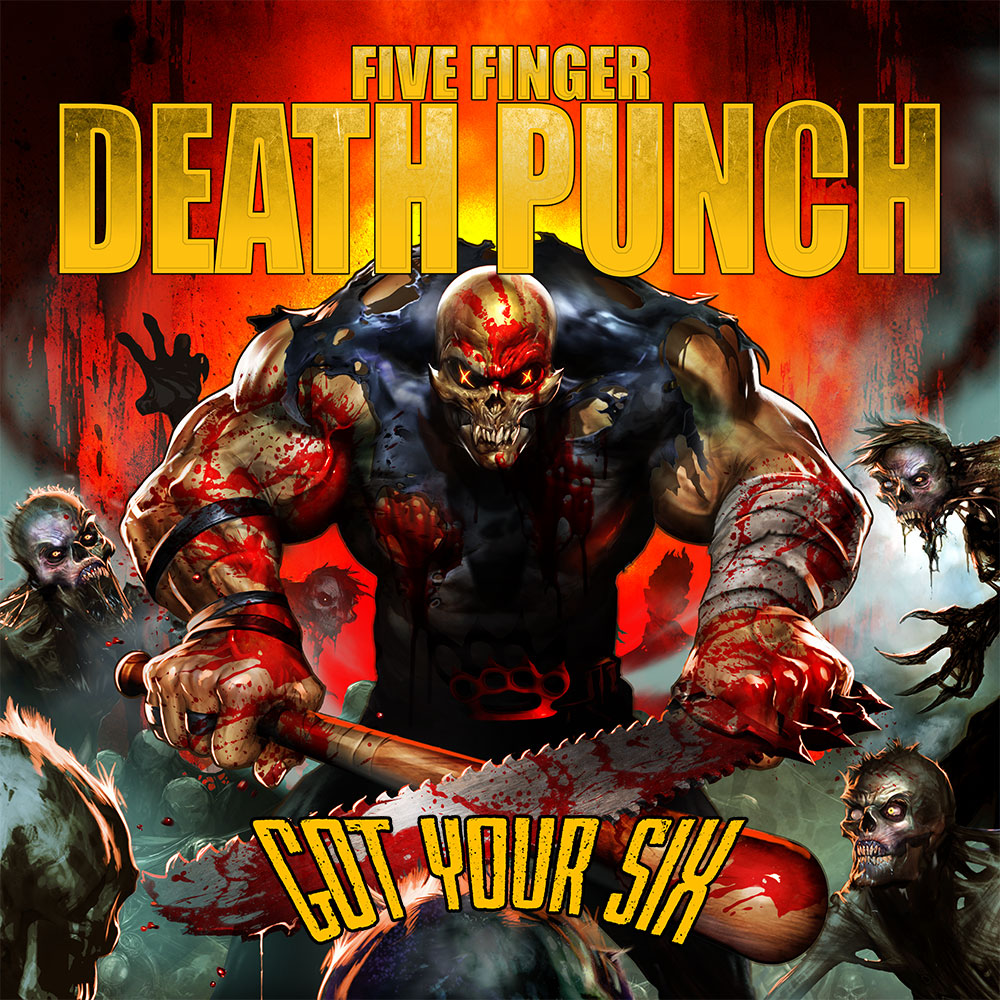 Just two years ago, the energetic heavy metal monsters of Five Finger Death Punch released with ‘The Wrong Side Of Heaven And The Righteous Side Of Hell’ two albums at the same time. It is a challenge to release so many songs at the same time without having any fillers added to an album. Both had been equally amazing and eliminated every question if this band will last long. Even though constantly on tour and rumours about splitting up, all of a sudden a new album is here. ‘Got Your Six’ is not only a new cd, which is exactly what fans wanted to hear, but more a statement to tell all the haters out there: „Fuck you all, we’re not gonna quit and we’re back stronger than ever“. If Five Finger Death Punch are keep on marching up that way, it is without a doubt sooner than later the time for them to take over the heavy metal crown of bands like Iron Maiden or Metallica.