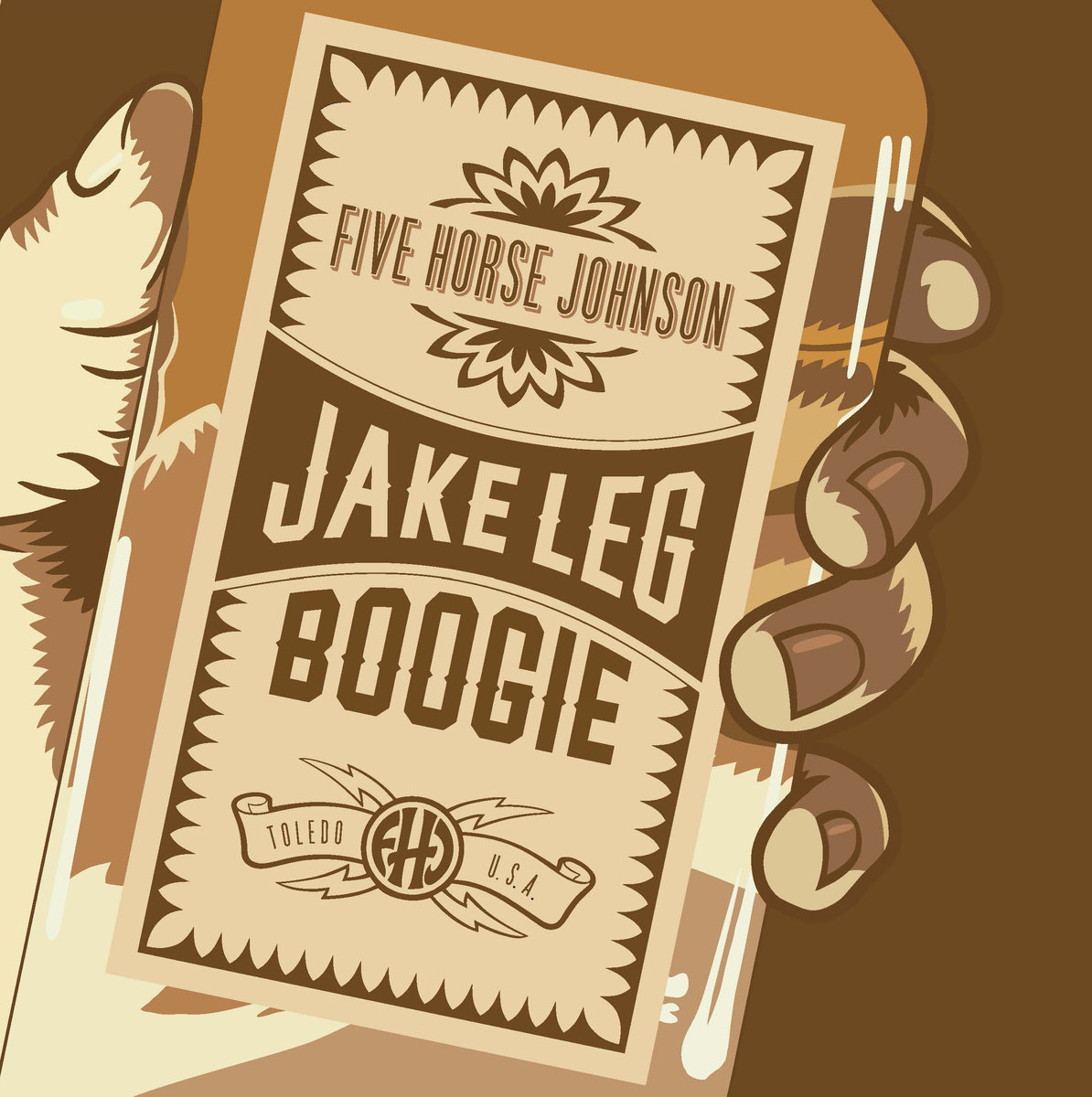 Not so long ago I pulled a t-shirt of this band out of my cupboard and started wondering what had happened to these hell raisers from Toledo, Ohio. Their last album ‘The Taking Of Black Heart’ was released in 2013 after a seven year hiatus. So when I checked out their current status I was happy to find out a new CD was on the cards and here it is: ‘Jake Leg Boogie’ their eighth release. Five Horse Johnson has always been based around singer/harp player Eric Oblander and guitarist/vocalist Brad Coffin. In the 2017 version of Five Horse Johnson also bassist Steve Smith and guitarist Phil Durr are still there, only drummer Tim Gahagan is a fairly new member. Although Five Horse Johnson are normally seen as a blues rock group, there is a little more to that statement. Sure, blues rock is the main ingredient, but with this band it is also about intensity, determination, grit and also being stubborn. They have developed a certain no nonsense straight forward style on their earlier albums like ‘Fat Black Pussy Cat’, ‘The No. 6 Dance’ (both seen as their best efforts), ‘The Last Men On Earth’, ‘The Mystery Spot’, ‘Blues For Henry…’ and ‘Double Down’’, slowly but surely developing a recognisable sound dominated by strong riffs, Oblander’s rough around the edges vocals and his pulsating mouth harp, that is so vital for the Five Horse Johnson sound. It is good to find that all these ingredients are still intact in 2017. Obviously this band feels comfortable with what they do and do not feel the need or express the desire to move into other musical territories. And why should they? The ten songs on ‘Jake Leg Boogie’ sound solid enough and are straight in your face, backed up by a bit of a Spartan/fuzzy production that is not based on fancy techniques, computers or other gadgets. Five Horse Johnson plays straight from the heart and seems to have found their mojo again on this release. Steady as you go guys! Hallelujah for that!