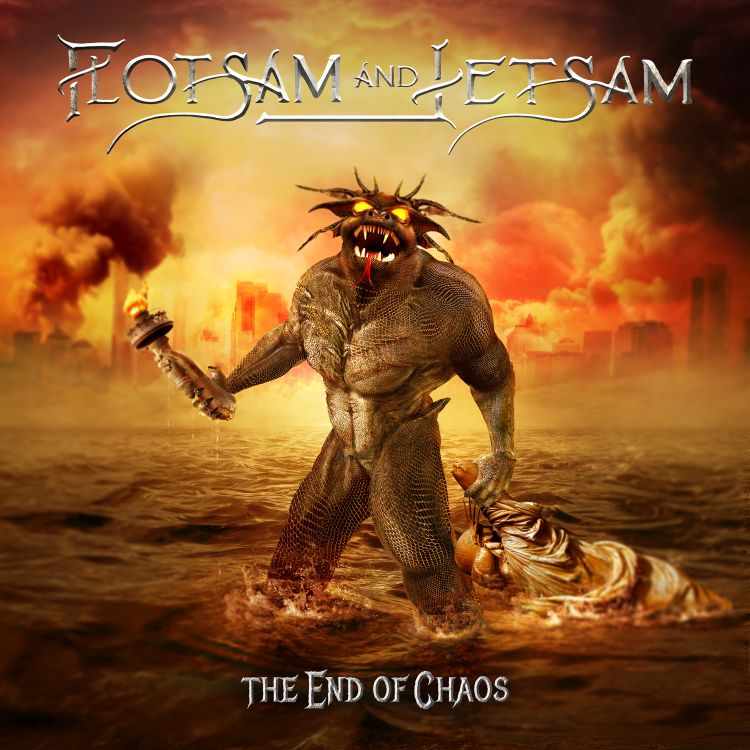 If my ears are not deceiving me I would have to say that we are dealing here with a very early superb highlight in 2019. Ever since their debut album ‘Doomsday For The Deceiver’ some three decades ago I have been following this group from Phoenix, Arizona during their musical journey that brought them many musical highlights (not one album they made can be described as a failure), lots of changes in personnel, some very interesting tours and a lot of respect from the public and their musical colleagues. But with their no nonsense thrash/speed metal with subtle progressive touches Flotsam And Jetsam never made the big time status. Why? Who knows the answer please speak up. Two years ago the band around singer Eric “A.K.” Knutson made their 12th studio record simply entitled ‘Flotsam And Jetsam’. In 2017 another change in personnel took place when drummer Jason Bittner made room for the experienced basher Ken Mary (who a few months ago made a glorious comeback with Fifth Angel with the album ‘The Third Secret’) who during his career never really played this kind of material. But what the man provides for this band on this album is a lot more than another level of energy. Dare I say it? ‘The End Of Chaos’ is most likely the best CD in the history of the group! Of course ‘Doomsday…’ was great and still is but we are more than 30 years further and the sound that reigns these twelve metal monsters is so much better and the songs and performances are so much more mature, adventurous and hard as a diamond that refuses to be split. Produced by veteran Jacob Hansen we are dealing with a pure metal monster on which mister Knutson confirms something that we already knew. In the thrash and speed metal world he is the man! Being assisted by the guitarists Michael Gilbert and Steve Conley (absolutely a dynamic and most deadly tandem) Knutson races through the songs with an enormous reach and above all power. The gas pedal stays on full throttle during all the songs and I really can’t pick out one song that does not live up to the expectation of a fan of this genre. All twelve tracks are as strong, heavy and convincing as can be, with ,,Demolition Man’’ as my personal highlight (feel free to pick your own though). The standard for this genre in 2019 is set by Flotsam And Jetsam. Does anybody have the ability to top this? Must have record for any metal fan!