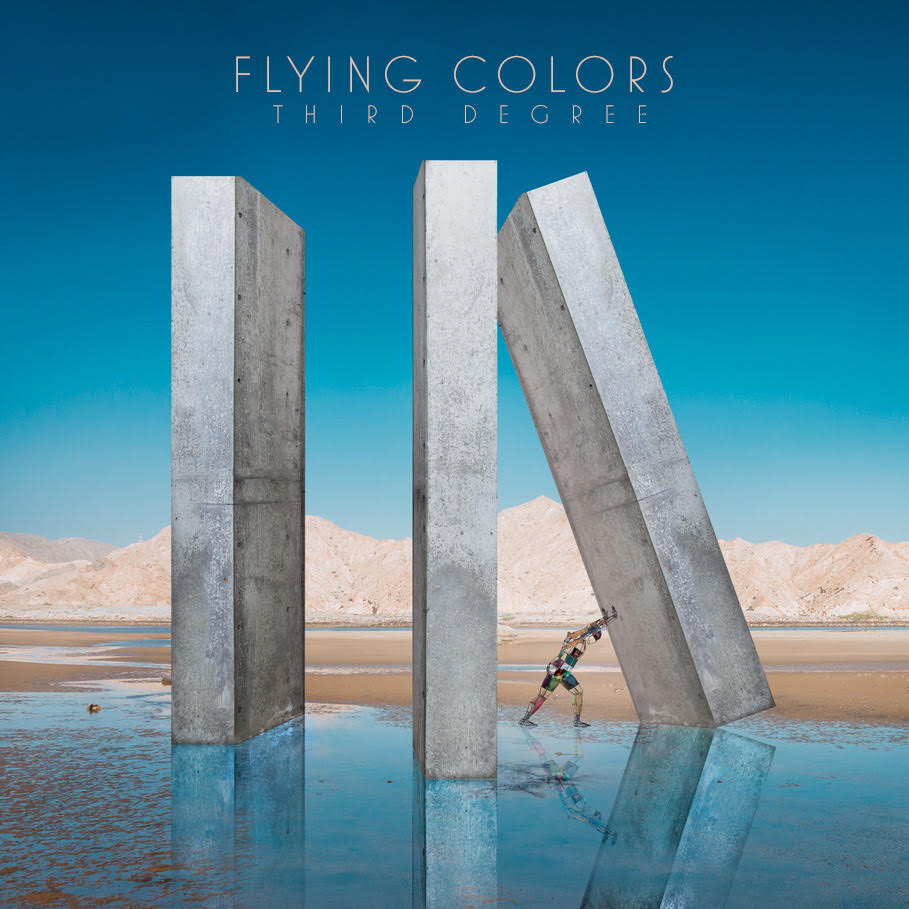 The third studio outing of Flying Colors might be their most daring thus far. The musicians in this band (Neal Morse, Steve Morse, Mike Portnoy, Dave LaRue and Casey McPherson) are all highly experienced and have found a gap in their busy schedules to write and record a new album since their 2014 release ‘Second Nature’. In between albums they managed also to record and release a few DVD’s as well so if I have counted right this is the fifth official release in the history of the group. The songs are in a certain way quite daring. Why? Because the musicians flirt openly with different song structures and are not afraid to put pop in there in combination with a rich instrumentation, exciting vocal harmonies, musical mood swings, changes in tempo and acoustic interludes. In one way or another Flying Colors can sound complicated, yet accessible and at stages very light hearted. The light heartedness can be subscribed first and foremost to the accessible vocal sound of McPherson and the fact that Mike Portnoy in this band keeps his playing very functional. Of course individual skills are highlighted every now and then. Especially that so specific ‘tone’ that characterises the playing of Steve Morse throughout the years is there to enjoy and it creates some familiarity as well. And the keys of Neal Morse play a prominent part as well, but never ever you can accuse the musicians of ego tripping. Every piece is functional to the songs that carry a large portion of variety. ‘Third Degree’ is not an album that shall grab you by the ‘short and curlies’ straight away. It is again a record that you must discover bit by bit. And that are the records that I genuinely care for the most. All the songs are little journeys on their own. Without wanting to disqualify any other song on ‘Third Degree’ but the one that walks away with the honour of being the best of the lot is for me the acoustic based ballad ,,You’re Not Alone’’. McPherson sounds so fragile and emotional here, he just carries the track with Steve Morse adding his typical haunting guitar style to it. A peach of a song that for me absolutely stands out. But there is a lot more for the taking on ‘Third Degree’. As I said each and every song is a little journey by itself. This band has the class to combine several musical styles and sounds in such a way that it is complicated at times but it is at all times sounding like Flying Colors. They have developed a style of their own that is almost second to none. Go check it out!