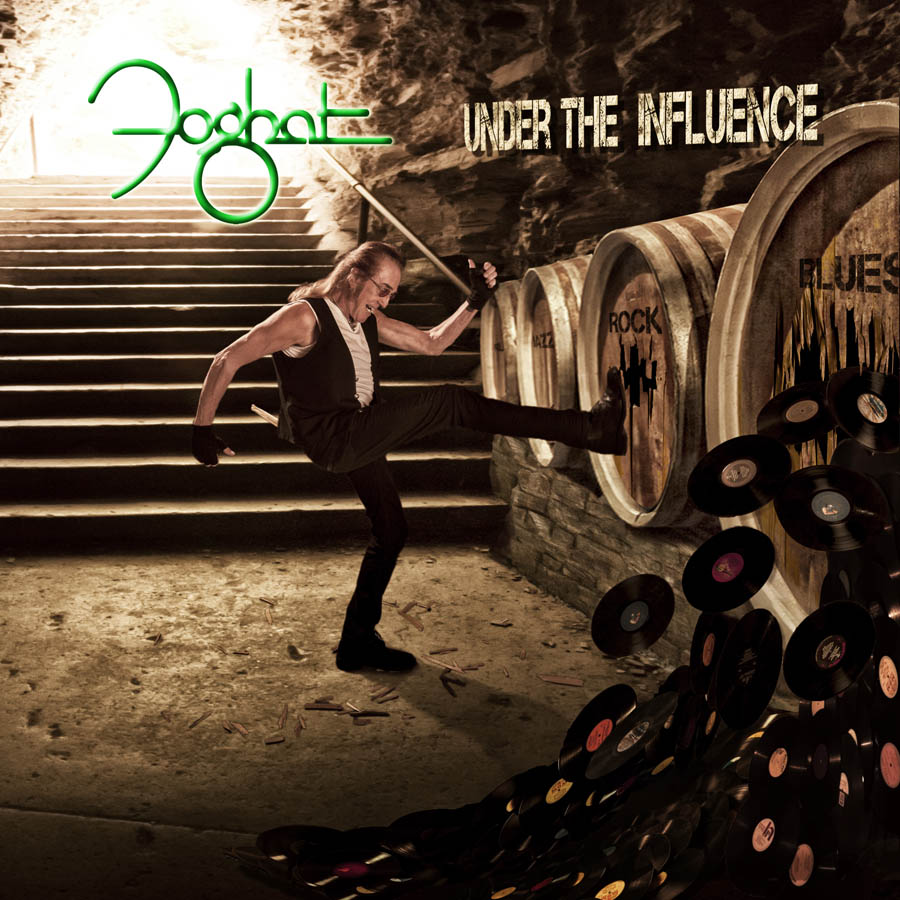 The name Foghat always brings a smile to my face. Why? It was early 1980 when I was standing in a record store in Eindhoven, The Netherlands and had the vinyl version of ‘Nightshift’ in my hands. ‘That is a great record’, someone behind me said to me. That is how I met Stefan Rooyackers. We became music buddies and a bit later he introduced me to his mate Mike van Rijswijk. We started hanging out together and it was Stefan who came up with the idea to start a cool hard rock and heavy metal magazine. We all invested 125 Dutch guilders and started Aardschok magazine. The time was right, the New Wave Of British Heavy Metal just started, so there was plenty to write about. The rest is history…. That is maybe why I have always followed Foghat, an English hard blues/boogie rock and roll band that became so successful in the United States with the albums ‘Nightshift’, ‘Live’, ‘Fool For The City’ and several others that they decided to make America home. Today only co-founding member Roger Earl (drums) is still part of the band. Bass player Craig MacGregor has been in and out the group since the seventies, guitarist Bryan Bassett joined in 1999 and singer/guitarist Charlie Huhn (ex-Ted Nugent, Axel Rudi Pell and Victory) is since 2005 part of the proceedings. The group does not make that many albums anymore, ‘Last Train Home’ was released in 2010 and since then only a DVD saw the light of day. With the help of a bunch of guests like Buddy Guy guitarist Scott Holt and bass player Nick Jameson (who produced ‘Fool For The City’ and ‘Live’ in the seventies) Foghat comes up with twelve songs that bring back memories galore. I think original singer Lonesome Dave Peverett (died in 2000) and lead guitarist Rod Price (died in 2005) would have been proud of this one (the album is dedicated to both of them). Charlie Huhn sings his nuts off on the balls to the wall rocker ,,Under The Influence’’ and the fast and furious ,,Knock It Off’’.  There are also a couple of more laid back tracks to be heard, sometimes in the style of BB King/Luther Allison (,,She’s Got A Ring In His Nose’’), there is time for reflection on a relationship on the bluesy track ,,Upside Of Lonely’’  as Huhn sings about the upside of a relation gone to pieces. There are a few covers like Marvin Gaye’s ,,Heard It Through The Grapevine’’ with amazing second vocals from Dana Fuchs. Guitarist Bryan Bassett owns the rocking track ,,All Because Of You’’ and there is a revisit to the past with a 2016 version of ,,Slow Ride’’, the biggest hit Foghat ever had in America. The band does nothing extraordinaire, the guys are just following the tradition that was created by Price, Peverett, Earl, Tony Stevens and MacGregor in the seventies: inspiring blues, boogie rock and roll with a heavy touch here and there. Nice CD!

,,Under The Influence” live version because there’s no officialclip available