FOR ALL WE KNOW-Take Me Home 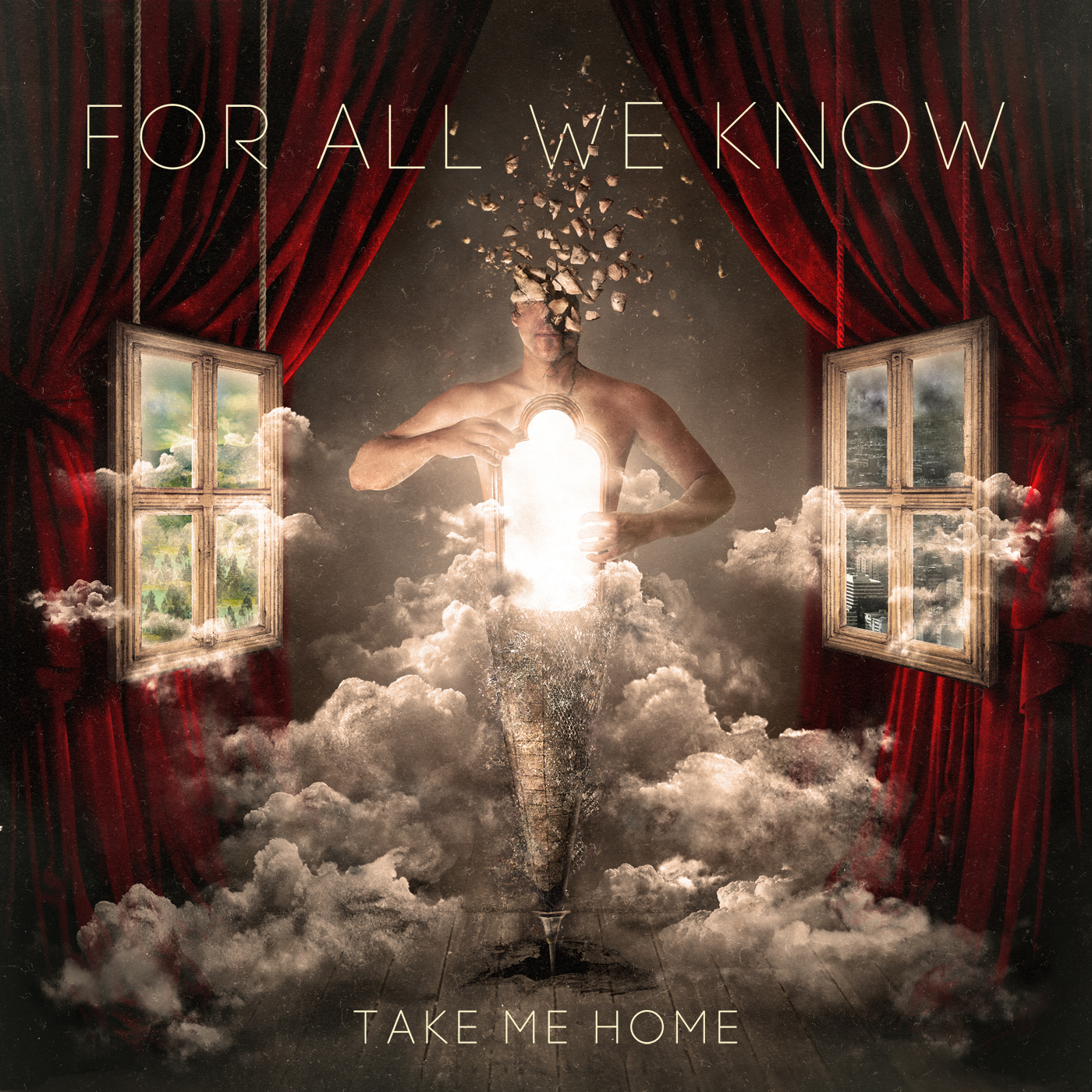 FOR ALL WE KNOW-Take Me Home

September 6, 2017 by Martien Koolen - More about our team

Ruud Jolie is of course “famous” as the guitar player of the notorious Dutch “metal” band Within Temptation. But Jolie also has a side project, a “hobby” band under the name of For All We Know. That band released their debut album six years ago and the reviews were mainly very good as the sound of that album was compared to bands like Porcupine Tree, Pain Of Salvation and even Arjen Lucassen. The band still consists of the same line up, being: Kristoffer Gildenlow (bass guitar), Leo Margarit (drums), Marco Kuypers (keyboards), Wudstik (vocals) and of course Ruud Jolie on guitar. Furthermore you can enjoy the outstanding vocals of Anneke van Giersbergen in the song ,,We Are The Light’’. That one is also the first single and it is an up tempo, catchy, melodic “poppy” track with a cool guitar solo and an amazing vocal duet between Wudstik and van Giersbergen. The other 11 new songs are all dark, atmospheric, melodic prog rock/metal related tracks and the album sounds heavier than its debut. Heavy highlights are songs like the title track, ,,Let Me Fly’’ and ,,Prophets In Disguise’’. The latter is without any doubt the heaviest song on the album with even some grunting from Wudstik, which I absolutely cannot appreciate… However I also like softer tracks like ,,They’ll Win’’ with almost no guitars, ,,Fade Away’’, a straight forward rock song, ,,Colours’’ (with amazing drum work from Maragit and ,,Some Will’’, which is the softest track of the entire album. ‘Take Me Home’ is a better album than Jolie’s debut as you will probably like most of the songs right from the start. There is a lot of variety on this album and Jolie takes things more into the extremes on ‘Take Me Home’, meaning in his own words: “heavy songs are heavier and softer songs are softer.” If you liked For All We Know’s debut then you will certainly might want to buy this new album; a must for fans of melodic prog rock/metal in the veins of Within Tempation and Ayreon. ‘Take Me Home’ will be available as digipack CD and as digital download on all major platforms.