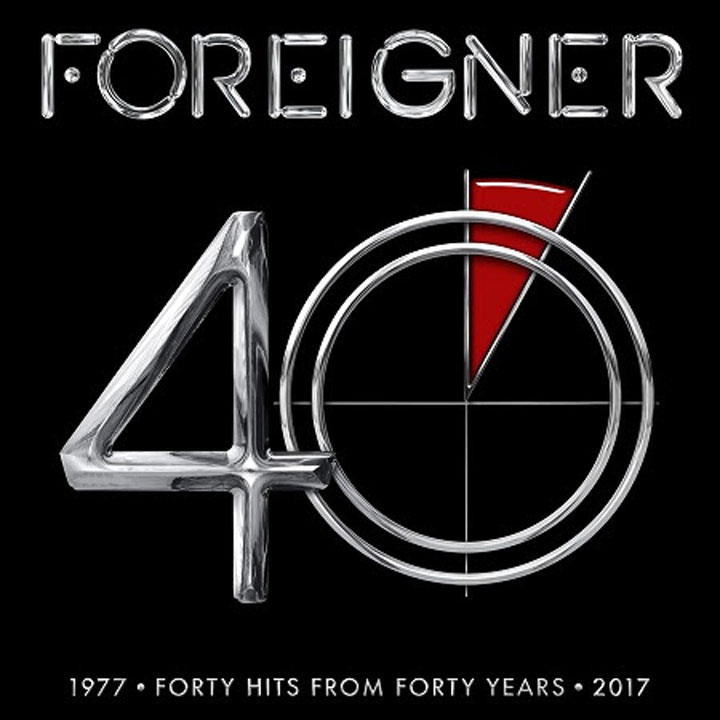 I remember watching the German music show Beat Club somewhere in 1977, a program that always featured new and upcoming bands. On one evening a band called Foreigner was on that TV show and played two songs (,,Feels Like The First Time’’ and ,,Cold As Ice’’). The presenter called their sound ‘the sound of the future’ and how right he was at that point in time. The band around guitarist Mick Jones and singer Lou Gramm went on to fame and fortune, scored some huge hits and especially their first four albums were finger licking good with melodic catchy hard rock, soulful ballads and excellent musicianship. Albums like ‘4’, ‘Head Games’, ‘Double Vision’, ‘Foreigner’ and ‘Agent Provocateur’ put the name Foreigner right out there. Strangely enough the biggest hit the band ever scored was ,,I Want To Know What Love Is’, a soft ballad with a great gospel choir helping Jones and Gramm to their way to the absolute top and making Jones as the sole writer of the song financially independent. The press stated that Foreigner sold out with ‘Agent Provocateur’ but three quarters of that album was pure heavy rock, as Jones rightly states in the CD book. When Gramm decided to go solo things went a bit downhill. At the time there were some musical differences between the more rock orientated singer and the guitarist who wanted to explore a more keyboard dominated sound. A new singer was hired (Johnny Edwards, who came over from King Kobra) and although the album the band made with him (‘Unusual Heat’ of which one song is featured on this compilation) was not bad at all, fans demanded the return of Lou Gramm. He did come back but the comeback CD ‘Mr. Moonlight’ did not much to help Foreigner along. Gramm left again and the last years Jones keeps Foreigner alive with the excellent vocalist Kelly Hansen showing to be a perfect replacement. But not too many Foreigner albums have been produced lately, although the ‘In Concert Unplugged’ CD that appeared in 2016 was really good. It has been 40 years since Foreigner made its first appearance on the scene and to celebrate that fact a 2CD compilation has been manufactured looking back at the rich history of this group. Obviously ‘40’ is a trip down memory lane featuring the most popular songs from the Gramm era. The second CD focusses more on the last years with Hansen and even has a few new recordings at the end, but fair is fair those few tracks are not as ‘special’ as the oldies. Still, the band is still alive and Jones at the tender age of 72 is as always at the helm. He has had some health issues lately but currently the band is touring again and I would not be surprised if we see new material later this year or in 2018. This is not the first Foreigner compilation that has seen the light of day during the years but this is the one that sums it all up, I guess. And a trip down memory lane with such quality tracks like ,,Cold As Ice’’, ,,Starrider’’, ,,Waiting For A Girl Like You’’, ,,Fool For You Anyway’’, ,,Hot Blooded, ,,Urgent’’ and ,,That Was Yesterday’’ is nothing else but nice and joyful. There are some ‘old’ and ‘new’ pics in the CD book, but the story of Foreigner in detail is in my opinion very thin. They published a recent interview with Jones as the main liner notes. They could have asked members of the first line up like Gramm, Ian McDonald or Al Greenwood for some additional information and comments, but no, that is missing. That is a tarnish on a great 2CD.