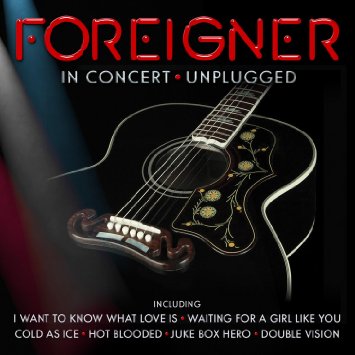 When Foreigner first started (in the mid seventies) rehearsing the band name they had in mind was Trigger, but it became Foreigner. Founder and bandleader Mick Jones has been the executive producer of this record, released on his own company. It has not been an easy time for the band. The last album ‘Can’t Slow Down’ hails from 2009 and since that time Foreigner has been on and off the road without releasing anything. Furthermore Jones has had several health issues and sometimes had to use a stand in. But now there is a sign of life again with this acoustic album, produced by Jeff Pilson, who is nowadays a member of the group. It is no surprise that this CD features the most popular Foreigner songs like ,,Feels Like The First Time”, ,,Juke Box Hero”, ,,Cold As Ice’’, ,,Double Vision”, ,,Dirty White Boy”, ,,Say You Will’’, ,,Waiting For A Girl Like You”, ,,Fool For You Anyway” and their biggest hit ever ,,I Want To Know What Love Is”. Singer Kelly Hansen does a fantastic job interpreting the songs made famous by Lou Gramm. He is so good that I have not missed Gramm for a second. Some songs have altered arrangements and it becomes clear that all tracks have stood the test of time. Most stunning are the background choirs and voices on this album. Sometimes it is totally a capella what you hear, it just sounds perfect. Obviously the performance has been well rehearsed, it is just top notch. There is also a studio version of ,,Hot Blooded” on this record. ‘In Concert Unplugged’ is a cracker of an album and I just hope that this is a sign of things to come. Let’s wait and see.