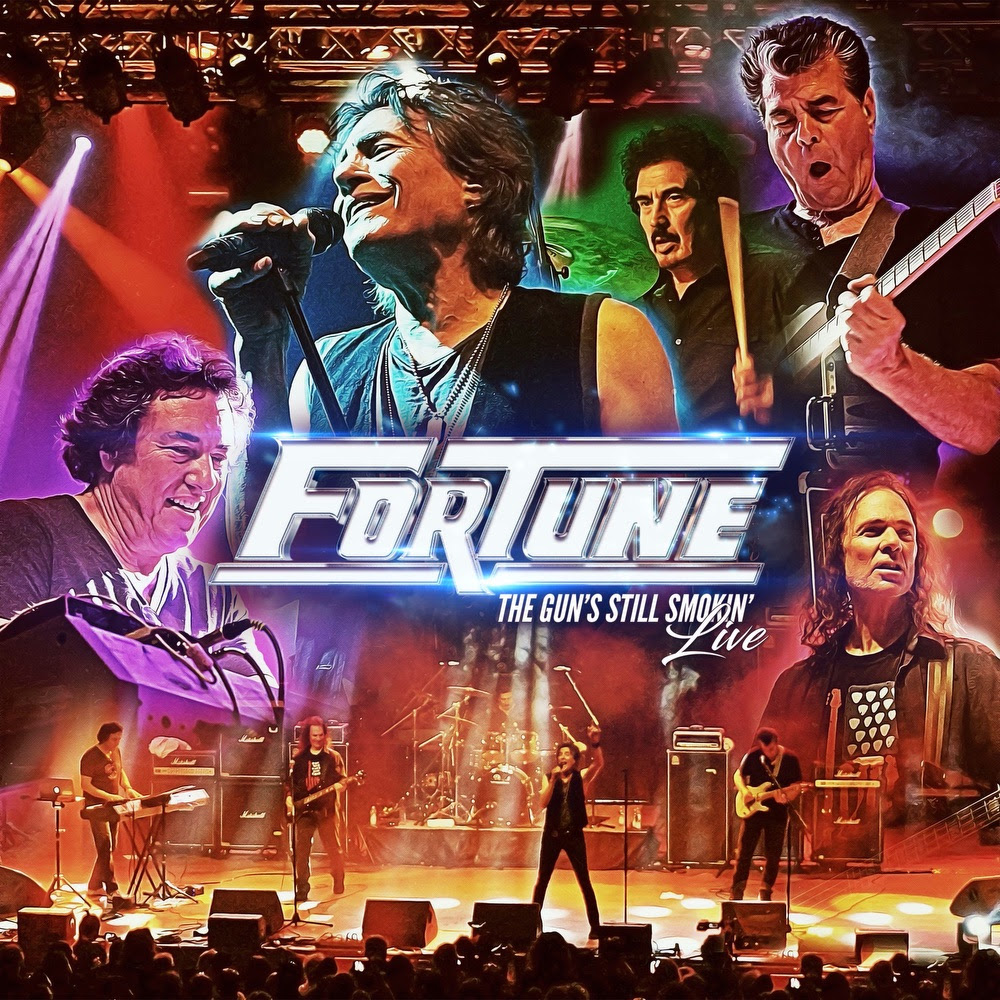 Not many bands manage to make a comeback after a recording silence of some 34 years but with their album ‘II’ Fortune presented a worthy successor to the legendary 1985 album ‘Fortune’. In fact the album sounded like it was recorded shortly after that first one. Almost at the same time of the release Fortune played on the yearly Frontiers festival and as per usual that performance was captured on film and tape. I have not seen the moving pictures, this is a review based on the music only. It is certainly not a bad performance with a musical mix of both albums being performed plus a song called ,,Through The Fire’’ the band recorded many moons ago for the Tom Cruise/Val Kilmer movie ‘Top Gun’ (a sequel to that movie has been recently made by the way). These days performing without top songwriter Roger Scott Craig (keyboards) the group with vocalist L.A. Greene and the brothers Mick (drums) and Richard (guitar) Fortune puts down a quite decent performance, the trio being assisted by Ricky Ratt (bass/vocals) and Mark Nilan (keys). Especially L.A. Greene impresses with his gorgeous voice not missing a beat during the set of ten songs while Richard Fortune also is in fine form with his at times hearty guitar work. Like I said the performance is solid and the song choice is as you might expect on the predictable side starting with ,,Thrill Of It All’’ being followed by the opener of ‘II called ,,Don’t Say You Love Me’’. Overall the total sound could have used a bit more power here and there I guess but it is already a big bonus to see and hear Fortune perform after all these years. Possibly just a release for the pure AOR and melodic rock freaks. I just hope that these veterans have another studio album in them in the near future.