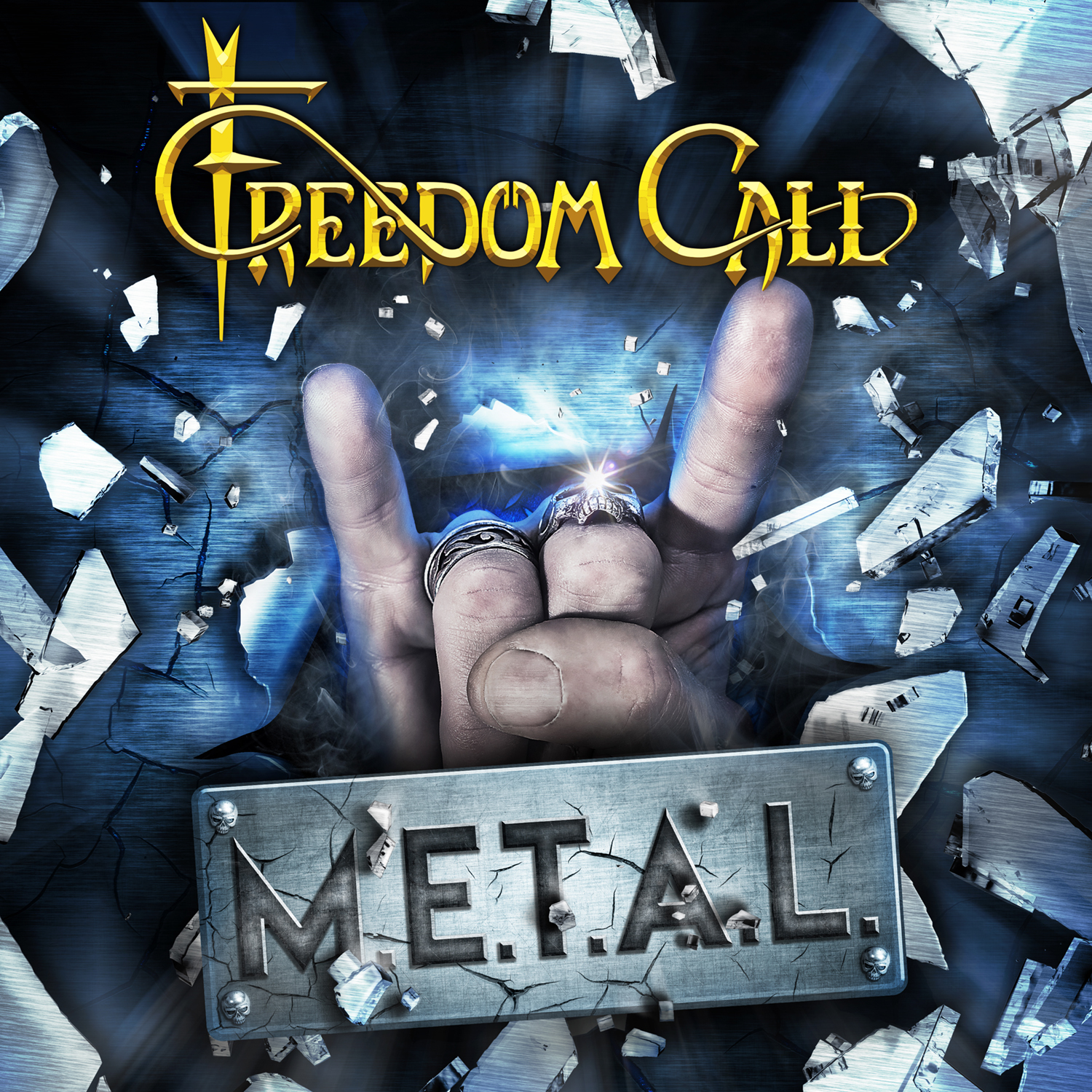 Freedom Call, the German power metal band, celebrate their 20th anniversary and they have just released their tenth studio album called ‘M.E.T.A.L’. So, fans of “notorious” bands like Helloween, Gamma Ray, Sinner and Primal Fear, have to rush to the store to get this album ASAP. If you are familiar with the music of Freedom Call then you know what to expect on this 10th studio album; happy metal tracks filled with catchy choruses, positive vibes simple lyrics and cliché song titles, like for example: ,,Days Of Glory”, ,,Wheel Of Time”, ,,Fly With Us” or ,,Sail Away”. I really think that Freedom Call is a love or hate band, there is nothing in between, either you love those shout along explosive power metal tracks or you really cannot listen to them as see them as kitsch….. For me, ‘M.E.T.A.L.’ is a decent, familiar power metal album with a main role for singer/guitarist Chris Bay. Listening tips are: ,,Spirit Of Daedalus”, ,,Sail Away” and the new Freedom Call metal anthem ,,M.E.T.A.L,” that will become a true live staple for the band. So, nothing new here to discover but if you like German melodic power metal then this new Freedom Call album is a must!