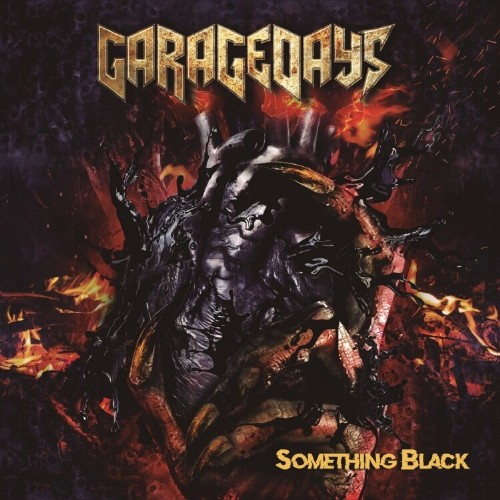 I got to confess that I never heard of the Austrian quartet Garagedays who just recorded their fourth full album but their first for German label El Puerto. The band has been operating for some fifteen years now it seems and since 2008 founder Marco Kern (vocals/rhythm guitar) found a steady line-up that furthers consists of lead guitarist Rene Auer, drummer Matthias Mai and bass player Dominik Eder.

The ten songs on ‘Something Black’ leave hardly any room for doubt. These guys came to rock hard and fast. From opener ,,Back In Line’’ until closer ,,Something Black’’ the tempo is fierce, fast and at times pretty furious as well. Kern has an aggressive voice that books the best results in these types of no nonsense straight forward, riff orientated metal tracks that are dominated by thunderous  drums and bass and a massive guitar sound. When Garagedays take the foot of the gas pedal (,,To My Soul’’ and ,,My Own Way’’) it becomes also pretty clear that rock ballads are not really the strong point of Marco Kern, as he does not seem to be fully in control of his singing. Not that the two songs are no good, but you can hear the difference. The band has worked again with King Diamond guitarist Andy La Rocque helping out on the production and together with Andy Garagedays have established a very aggressive and straight in your face sound.

So, and the end of the day a fan of pure metal should find some of his or hers taste back in the music of Garagedays as these Austrians certainly do not disappoint on ‘Something Black’. Hopefully with the support of their new label they will manage to start operating above the radar now.