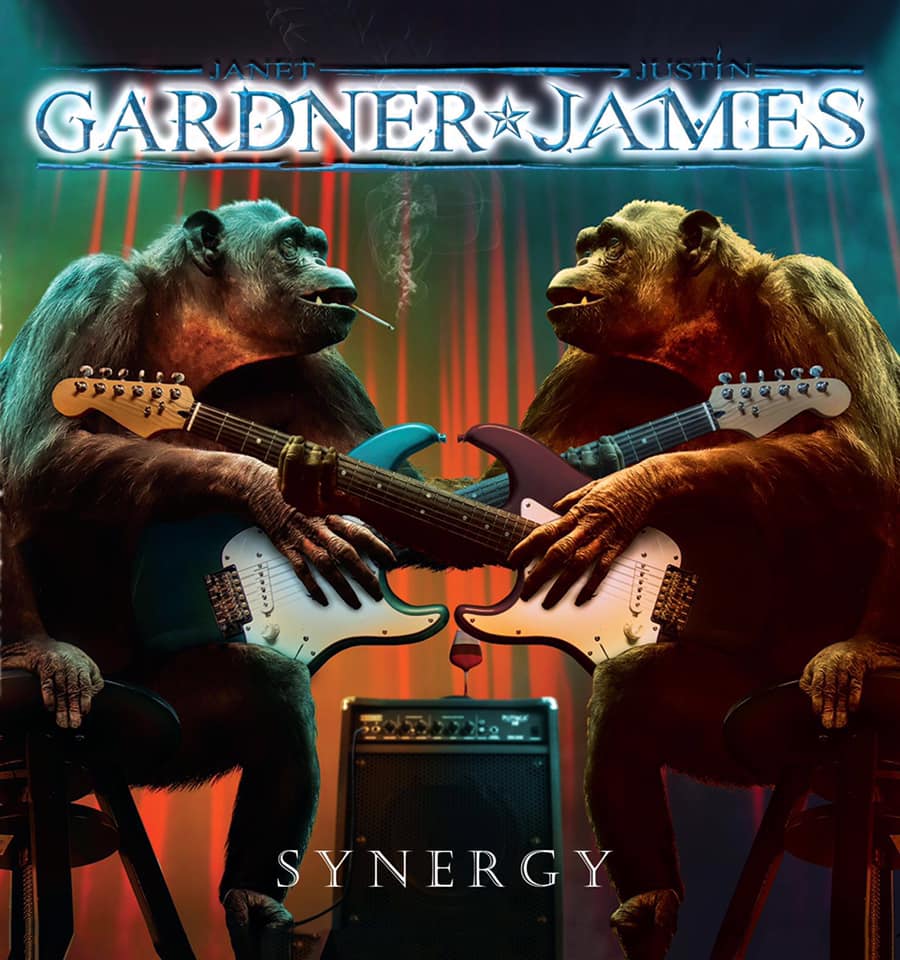 Since she left all female melodic rock band Vixen, singer/ guitarist Janet Gardner has already produced three solo albums: ‘Janet Gardner’ (2017), ‘Your Place In The Sun’ (2019) and the latest one ‘Synergy’. On this third album by the married couple Gardner and guitarist, producer, song writer Justin James it is clear that there is nothing wrong with the synergy between these two people. Opening song ,,Wounded’’ blasts out of the speakers, it is catchy, radio friendly with layered vocals and a flashy guitar solo, all with a nod to her former band. Diversity is what this album makes such a pleasant listening whether it is ,,You Can Kiss This’’ (powerful melodic aggressive packed with guitars), ,,Rise Up’’ (slowing down a bit with a bluesy riff and big sounding groove) or ,,Running To Her’’ (more AOR, poppy with a classy solo). After ,,Lonely We Fight’’ (with some rasping lead vocals, gang vocals and again a well worked out solo) it is time for a ballad. ,,Say You Will’’  starts with a nice piano intro (played by Gardner) and it shows how powerful Gardner’s vocals are, also in the slower tracks. The built up is nice and again the solo is totally in the spirit of the song and not to show off. ,,I Promise’’ is first class melodic rock, again radio friendly 80s/90s style, ending with some cool soloing, the following ,,On A Wire’’ is in old Vixen style with a nice riff while ,,Gone’’ is a straight forward party rocker that will be an immediate live success because of the sing-along part. Nearing the end of the album it is time for a couple of even more playful tracks. ,,Flying On Faith’’ is an AOR/melodic rocker that starts orchestral with piano while the chorus goes in a different direction and the most fun-track must be the hard rocking closing song ,,Talking To Myself’’ as the icing on the cake.

Overall: ‘Synergy’ is packed with catchy songs, great vocals, a powerful, modern sounding production with a touch of 80s/90s. Gardner has lost nothing of the attitude and drive she already presented on the  previous albums. The album title couldn’t have been chosen better, because Gardner and James are delivering some fantastic team work. You can safely say that the previous two records were just practicing material for this one, where all the pieces of the puzzle fall together.