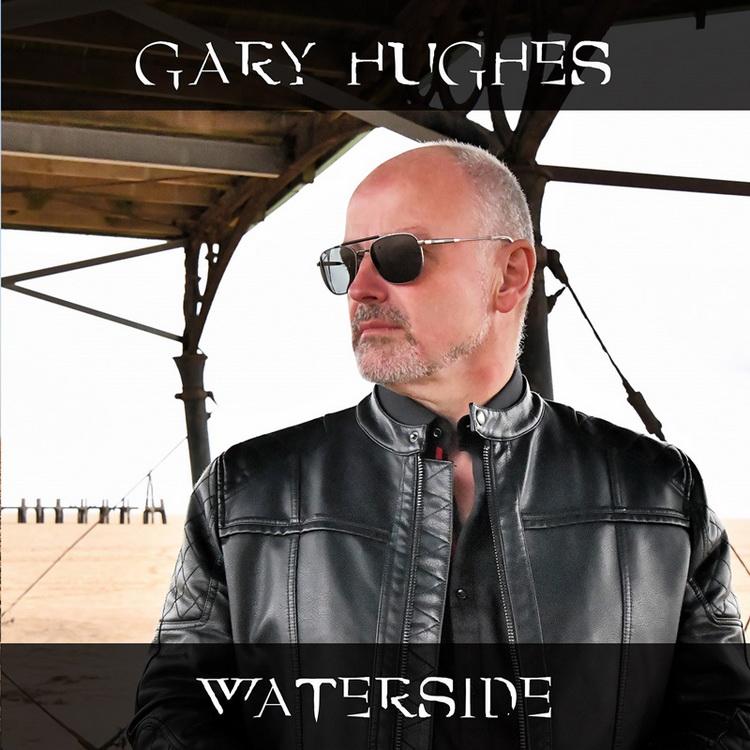 UK based singer/composer Gary Hughes is as we know the driving force behind the melodic rock band Ten, a band with about three handful of releases already. In between all the work with Ten Gary Hughes very regularly came up with a solo-album in between like this one that is called ‘Waterside’.

Several Ten musicians are also involved and to be quite honest there is not that much difference between a regular Ten-album and ‘Waterside’. Okay, Ten sometimes makes an album that is based on a certain theme and concept, which is certainly not the case here, but the musical style is not very different and that is also because of that oh so familiar singing voice of Hughes that combines warmth with a certain kind of class that only Gary Hughes seems to have in the melodic genre. At stages ‘Waterside’ also has a stronger connection with the pure AOR-genre in which Hughes started out in 1989/1990.

Being in the business for over 30 years is quite an achievement if you ask me especially as Gary always followed his own lead, but has it also resulted in an album that has been manufactured on perhaps the automatic pilot as ‘Waterside’ does more or less sound like another Ten-album? That is a question that only the fans of the man will or can answer I guess. But let us not forget that Gary Hughes does stand for a certain standard of guaranteed quality, as is also the case on ‘Waterside’. The title track for instance rocks out while ,,Screaming In The Halflight’’ features a fascinating duet between Gary and Scott Hughes (if I am not mistaken Gary’s son), something that has really worked out well on this sensitive ballad. A pity that they have not used that combination more frequent on this CD but maybe in the future?

If you are a fan of this man and his work I am sure you will appreciate ‘Waterside’ as Gary basically delivers an ‘expected’ yet slightly predictable performance that has quality though. As for myself I would have liked Gary to take a bit more musical risks perhaps but that is not the case.

Together with this record Frontiers will release on the same date in March the double compilation ‘Decades’, a best of Gary Hughes solo-material recorded throughout the last three decades, featuring the best songs of his first albums ‘Strength Of Heart’ and ‘Gary Hughes’ plus other tracks from solo-efforts. Especially these mentioned albums were pretty good in the day with the super ballad ,,I Won’t Break Your Heart’’ as most outstanding song in my opinion, Gary in his early days already sounding extremely mature. This record will contain 29 Hughes oldies so if you are looking for that very early and vintage material your prayers have been heard and answered with the release of ‘Decades’!