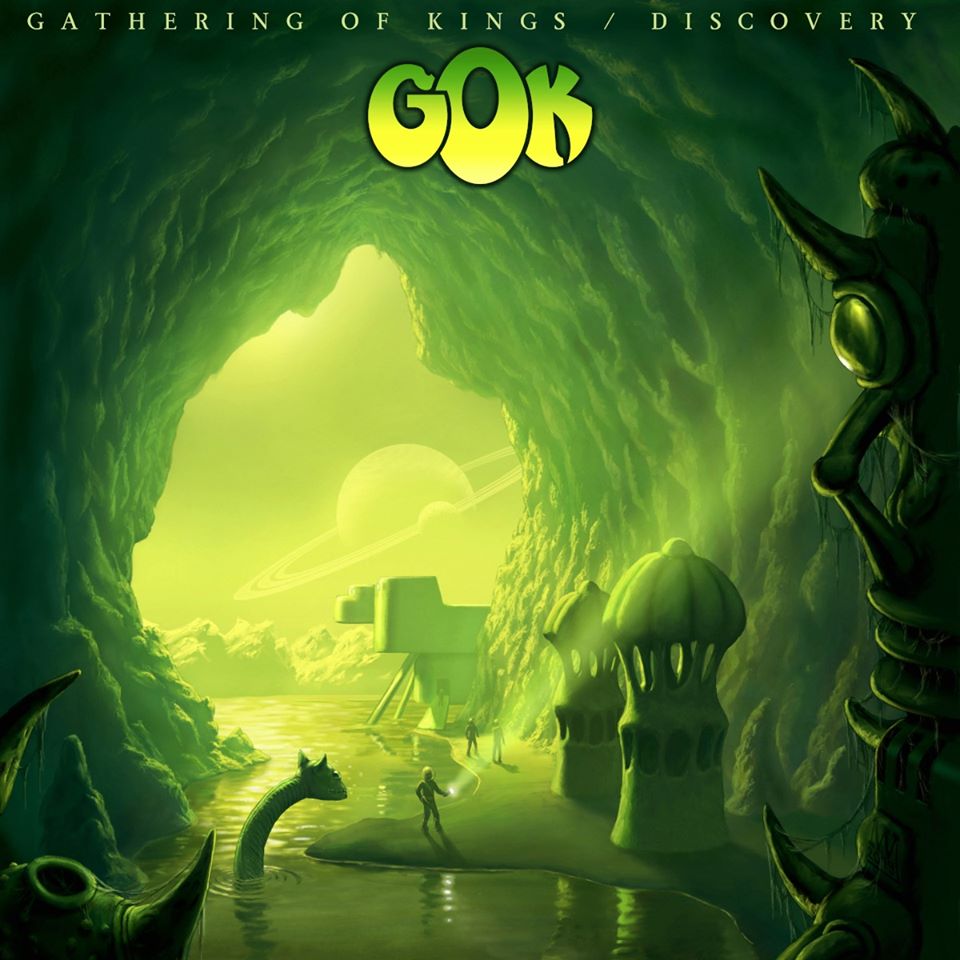 Relativity quick after the release of the first CD ‘First Mission’ Swedish super project Gathering Of Kings releases their second album. Multi-instrumentalist Victor Olsson (Saffire) has yet again written the songs and gathered a whole bunch of seasoned musicians around to record a dozen new tunes. Especially the vocalist department here present is finger licking good with Rick Altzi (Masterplan/Herman Frank), Tobias Jansson (Saffire), Jonny Lindkvist (Nocturnal Rites), Alexander Frisborg (Helldog) and Apollo Papathanasio (Spiritual Beggars) lending their voices to this astonishing project. Victor Olsson this time has used less musicians in comparison with the first CD. Now Olsson only used bassist Nalle Pahlsson and the drummers Efraim Larsson (Streamline) and Jonas Kallsback and played guitar, key and (some) bass himself. If you are familiar with ‘First Mission’ and like that release there should be no hesitation at all from your part as ‘Discovery’ is in the same vein. Several singers like Altzi, Papathanasio and Lindkvist give the album a hard rocking edge with their heavier voices while Jansson and Frisborg pull the record more towards the AOR side with their more silky voices. That big variation in material is for me the main attraction of ‘Discovery’, as the songs and sounds are versatile, melodic yet from time to time heavy and a bit ‘rough’ as well. Victor Olsson is a first class song composer. He has proved that through the years with Saffire and other outlets but he seems to have plenty of good ideas in the tank as you can judge for yourself on ‘Discovery’, a fine melodic rock record where all aspects are one hundred percent right (songs, musical performances and production). This is the complete package!