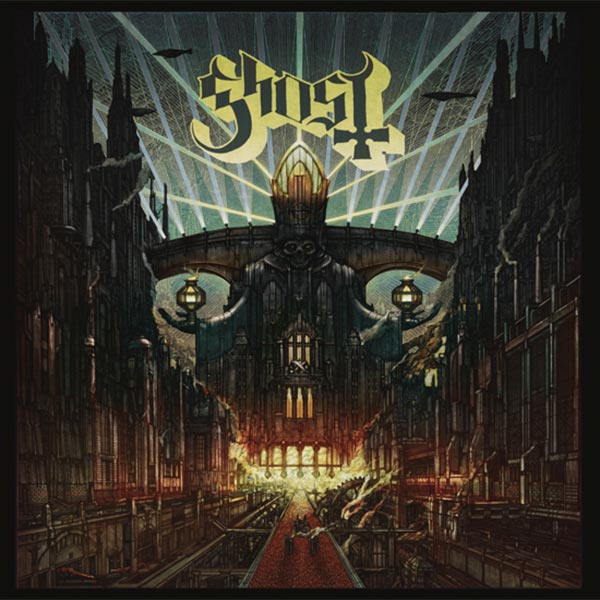 Out of this world costumes, heavy make-up, and a stage performance that’s beyond theatrical. Swedish combo Ghost combines classic (shock) rock and surprisingly accessible poppy tunes, a weird but pleasant mix that has gained them worldwide attention. Frontman Papa Emeritus III might look like the pope from hell, his voice sounds almost conventional and crisp. This serves the band right, since `Meliora’, their third album is, like their prior work, heavily influenced by sixties en seventies progrock. This requires craftsmanship and skills, and all bandmembers have plenty of that, behind those gruesome masks. The album opens with ,,Spirit’’, with an eerie melody line that reminds the listener of classic horror movies. It’s the start of a rock ‘n roller-coaster; not too scary or too fast, but a pleasant fun ride. Meliora -Latin for the pursuit of something better- oozes ambition yet does not forget about the tongue in cheek-humour the band is known for, like the song ,,Mummy Dust’’, catchy and bombastic as can be. Ghost proudly delivers their impressive body of art. Grotesque and over the top, but yet so coherent it could easily serve as a concept album. We better take these ghostly guys damn seriously.