GIOELI-CASTRONOVO-Set The World On Fire 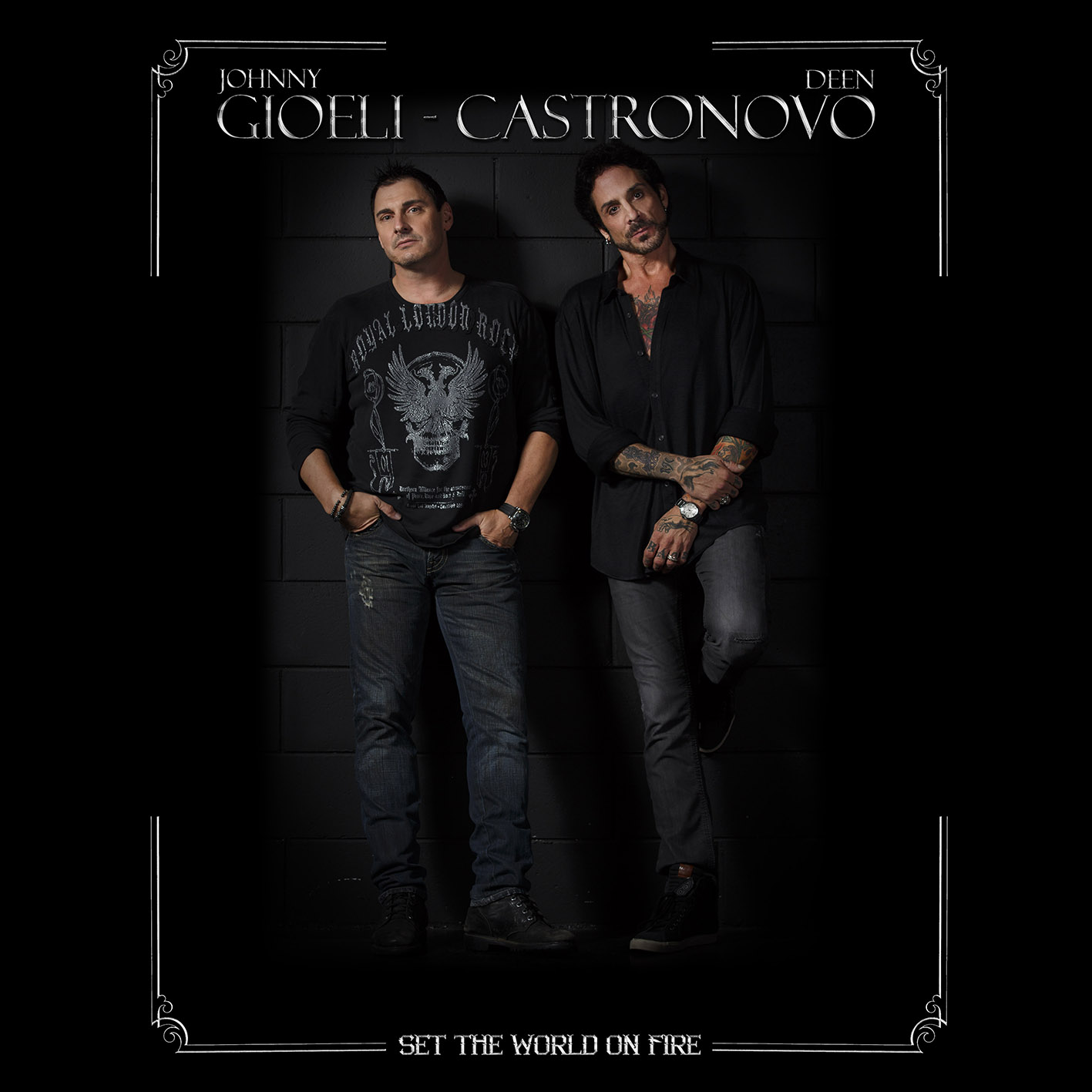 GIOELI-CASTRONOVO-Set The World On Fire

A quarter of a century ago they played together in the band Hardline. Now for the first time since those days in Hardline singer Johnny Gioeli (also Axel Rudi Pell) and current The Dead Daisies drummer Deen Castronovo have hooked up once again to work together on a new project initiated by the people from Frontiers Records. We all know by now that since his days with Journey and his Revolution Saints adventure (that is still ongoing) that Deen Castronovo is also an excellent vocalist so to match these two singers up together is not such a bad idea at all. Both guys have power and a strong feel for melody and by putting in the usual Frontiers house producer Alessandro Del Vecchio plus assorted musicians and Deen bashing the drums of course ‘Set The World On Fire’ has turned out to be a bit of a predictable but good heavy rock record. With a balanced mix of powerful rockers, in between melodic rock tracks, a few ballads and a strong version of the Lady Antebellum song ,,Need You Now’’ there is not much negative to say about this record. Both voices fit well together, they both pack a punch, complement each other, it sounds like a match made in heaven. Surely not all the twelve songs are as strong as each other perhaps and some tunes like ,,Through’’ for instance sounds too much like a Revolution Saints song, but fans of Hardline, Journey and Revolution Saints will be happy with what Johnny and Deen have manufactured. Maybe not as superb as we might have expected (looking at the pedigree of both musicians) but way above average and very enjoyable indeed.