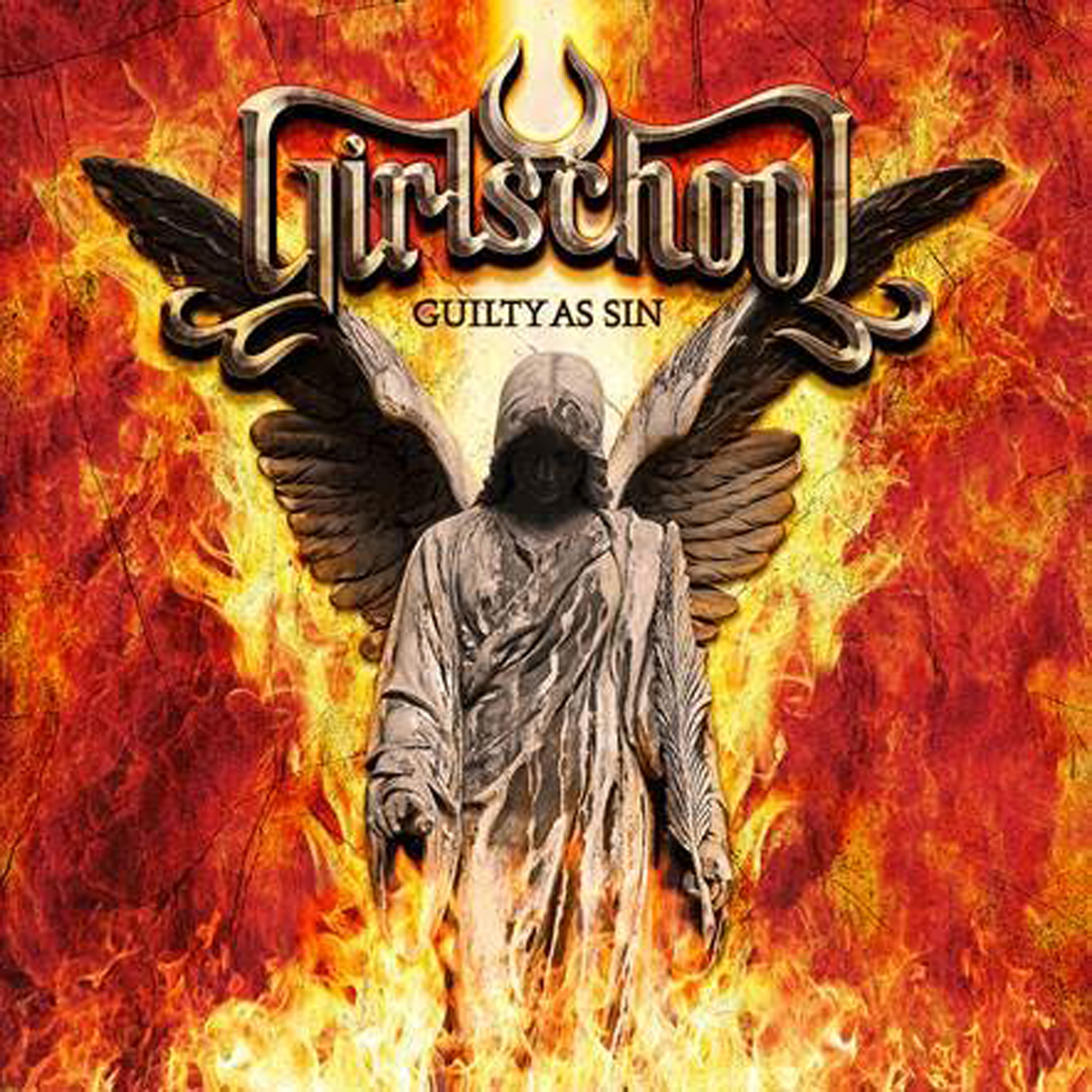 A couple of years ago London based all girl band Girlschool released ‘Hit And Run Revisite’, a remake of their second record originally released in 1981. ‘Guilty As Sin’ is a new album, with short and sometimes punky songs, produced by veteran Chris Tsangarides. The band started out in 1978, just as the punk wave died down and was part of the New Wave Of British Heavy Metal invasion. Lemmy Kilmister liked the band a lot and a liaison between Motörhead and Girlschool was established. The bands toured together and even recorded together. We are now in 2015 and what do we see? Just as in 1980/1981 both bands are on the same record label. The music of Girlschool has not changed very much. The songs remind me more than often of their early days. And I think that is a good thing. In the mid eighties Girlschool tried to achieve fortune and fame in North America and therefore polished their sound to such an extent that the old fans were not happy. A breakthrough did not happen. But in 2015 the ladies have gone back to their roots with no nonsense songs like ,,Come The Revolution”, ,,Awkward Position”, ,,Take It Like A Band” and ,,Treasure”. In good Girlschool tradition there is also a cover of a well know song recorded. But I am not too sure if the version of The Bee Gees disco-hit ,,Staying Alive’’ will land the band any favours. Also the last track ,,Everybody Loves (Saturday Night)” is a bit strange. It sounds a bit like Joan Jett flying off the rails. Does that make ‘Guilty As Sin’ a failure? No, not at all. The other songs are really okay and as usual the vocal duties are divided between the ladies, so there is plenty of variety in that category. It makes ‘Guilty As Sin’ an enjoyable ride.