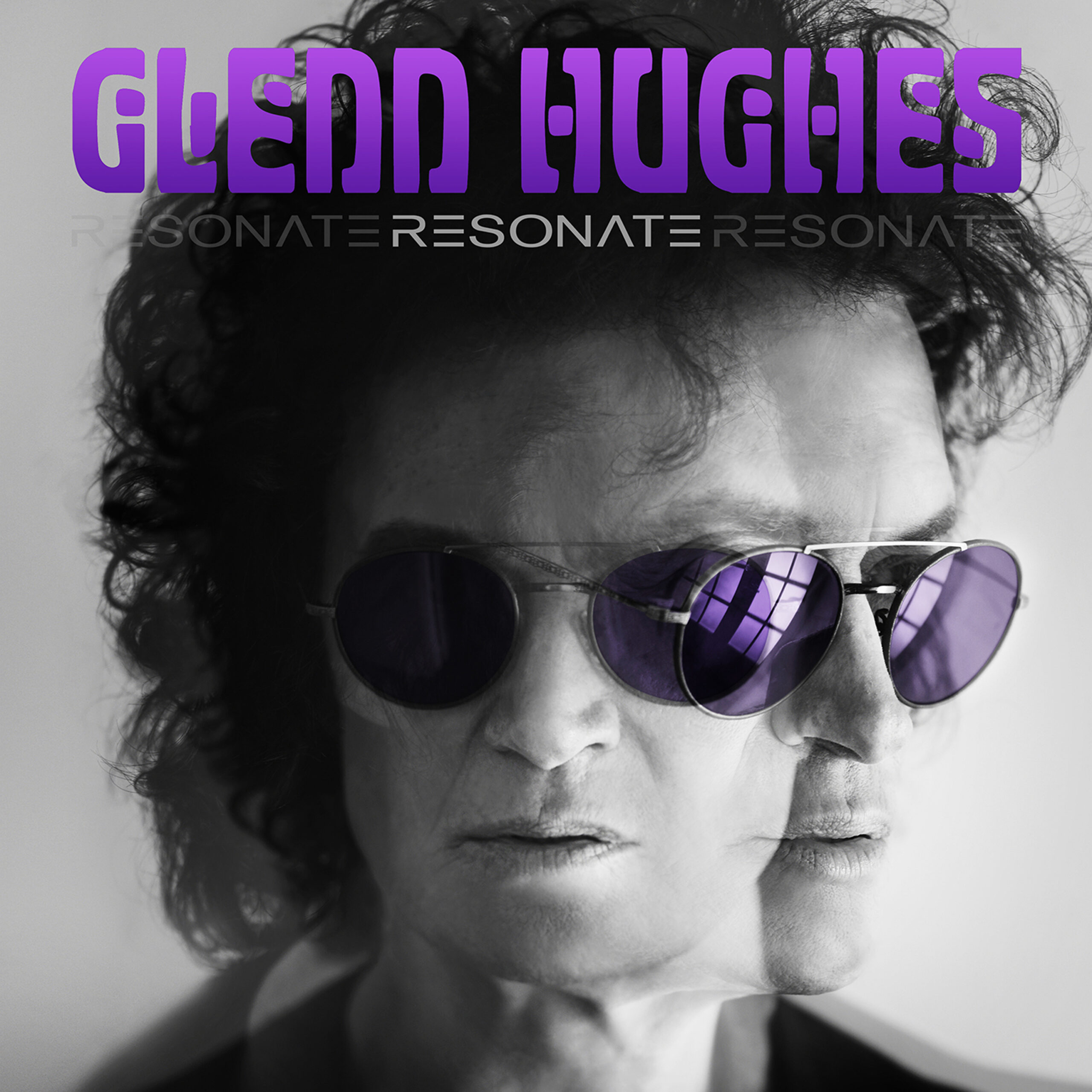 November 2, 2016 by Michel van de Moosdijk - More about our team

Is it really eight years ago since Glenn Hughes launched his last solo CD ‘First Underground Nuclear Kitchen’? Indeed it is, as that album hails from 2008. But the singer/bass player has been so in the limelight since that release that it is hard to believe that is was so long ago. Think about Glenn’s involvement with bands like Black Country Communion, California Breed, Voodoo Hill, the guest spots on several albums and the constant touring, most recent with guitarist Doug Aldrich and drummer Pontus Engborg in South America and Europe. I was actually hoping that Hughes and Aldrich would continue their partnership, as the results could be very positive, but no, Aldrich accepted an offer from Dead Daisies and Hughes started recording ‘Resonate’ with Engborg, guitarist Soren Andersen and the Australian keyboard wiz Lachy Doley. And Hughes’ old friend Chad Smith (drummer Red Hot Chili Peppers) also contributes his skills behind the kit on the fantastic opener ,,Heavy’’ (song title speaks for itself!) and the epic ballad ,,When I Fall’’, two of the very best tracks on this album. Glenn Hughes is like a fine wine. He is 65 years old now, but his voice is stronger than ever. As a bass player he is innovative as well. Listen to his heavy explosion on the song ,,Flow’’ or those subtle lines he plays on my favourite track ,,Steady’’ with great keyboards from Doley, vocal acrobatics from the master himself and that heavy underground plastered on the record by Engborg. What a peach of a song! The bulk of ‘Resonate’ is as heavy as you ever heard Glenn perform. Tracks like ,,Heavy’’, ,,Flow’’, ,,My Town’’, ,,God Of Money’’ and ,,Stumble And Go’’ are as solid as a rock where Glenn just belts it out like only he can. ,,Landmines’’ has a bit of a funky guitar theme and it gives the album just a bit of a different flavour. And hey people, pay some attention to the parts that Lachy Doley has laid town with that mighty Hammond organ. On a track like ,,God Of Money’’ he just steals the show. But do not think there is no room for the guitar. Also Soren Andersen plays a big part on this record with his heavy riffs and tasty solos, ‘Resonate’ is indeed as Glenn Hughes predicted his heaviest and best solo record in ages. And there is a new Black Country Communion record to come as well next year. Life sure can be good when you are a fan of Glenn Hughes!