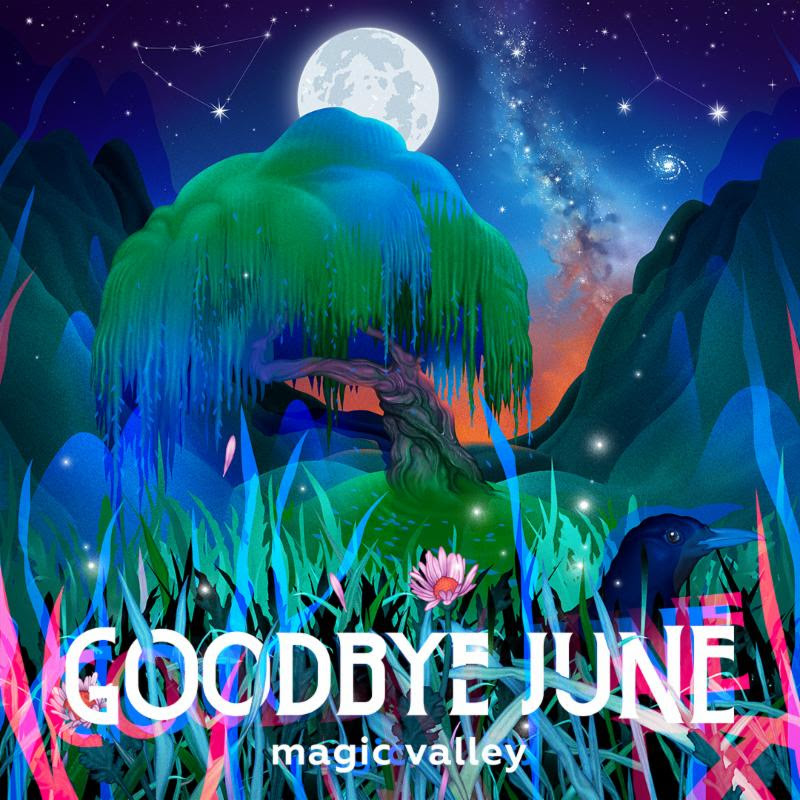 This trio out of Nashville, Tennessee has not been around that long. After an EP called ‘Danger In The Morning’ they got signed by Interscope Records, a company related to Universal Music, so a big player on the market. I hope for Goodbye June that being on a major label does not kill their career that is still to develop, but rock bands and major record companies are the last years not a brilliant combination… Anyway, on their official first full CD singer Landon Milbourn and the guitarists Brandon Quakenbush and Tyler Baker (the trio co-wrote all the songs, some with producer Paul Moak helping out) really sound loud and out there. The first two songs ,,Bamboozler’’ and ‘’Oh No’’ open the album hard, energetic uncomplicated and even a bit punky. When you listen close you can hear that Milbourn sounds when he goes over the top like AC/DC’s Brian Johnson in his younger days. Main difference is that you can at least understand what Milbourn is singing! Also ,,Good Side’’ and the pure fast rocker ,,Charge Up The Power’’ showcase a young band that is hungry, cocky and ready to rock and roll as does ,,Bad Things’’ and ,,Riding’’. They just sound fresh and impressive. But there are more sides to this band as well. Take for instance the tracks ,,Darlin’’’ and ,,Fear Of Jesus’’, where Goodbye June sounds so very different, so emotional, so breakable and so good. A bit like Rival Sons I would say. Over the whole CD Goodbye June keeps delivering splendid rock and roll and I can imagine them touring with Rival Sons, as there are for sure several elements from the Sons that have creeped into the sound of Goodbye June. If these three guys get a few extra musicians in the line-up and are not being moulded by their record company into something they are not, the world could be theirs in the years to come! By the way, I heard via Riverdogs drummer Marc Danzeisen about this band. Thanks for the tip Marc! Very much appreciated!