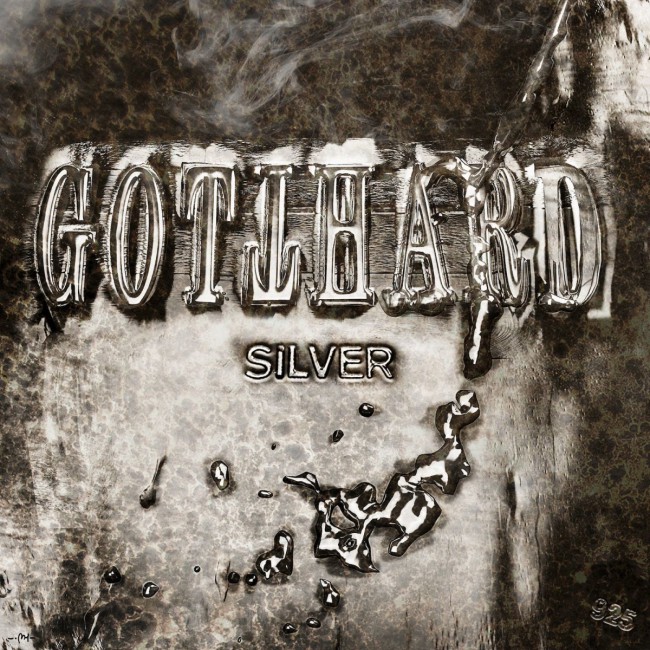 Congratulations are in order for Swiss rock band Gotthard as the band is celebrating their 25 year existence. So the CD title ‘Silver’ is appropriate indeed. In their first years the band rocked hard with their selftitled debut album and ‘Dial Hard’. Later on Gotthard went more semi melodic (‘Open’, ‘Home Run’) before returning to a more straight ahead rock approach. Seeing the band live was always party time. In October 2010 tragedy struck when the popular and very charismatic singer Steve Lee during a holiday in the USA got killed after a big truck hit his parked up motorcycle that catapulted into Steve who died on the way to hospital. Everybody expected Gotthard to call it quits after that disaster but after a period of mourning bandleader/guitarist Leo Leoni and his friends found a suitable replacement in Nic Maeder, a guy born in Switzerland but grown up in Australia. On the 2012 album ‘Firebirth’ Nic proved to be a good replacement with quite a lot of same elements in his singing compared to Steve Lee, so at the end of the day the style of Gotthard did not change. And although Steve Lee will never be forgotten by the fans, everyone has accepted Nic Maeder as the current front man of Gotthard. After the 2014 CD ‘Bang!’ (in my opinion a little less than ‘Firebirth’) and constant touring as well the band now celebrates 25 years in the business and has luckily not chosen for a compilation release or a re-recording of older material. No, ‘Silver’ has 13 fresh songs Gotthard style. That means that stylish hard edged pounding rockers like ,,Electrified’’, ,,Everything Inside’’, ,,My Oh My’’ and the fast rock and roller ,,Blame On Me’’ are combined with more epic songs like for instance the excellent ,,Tequila Symphony No. 5’’ or some acoustic based tracks (,,Not Fooling Anyone’’ and ,,Miss Me’’). All bases are covered by Gotthard on this one, although there are one or two songs that are more filler than killer. But all in all the future looks bright for one of the best Swiss acts ever to come out of that beautiful country.