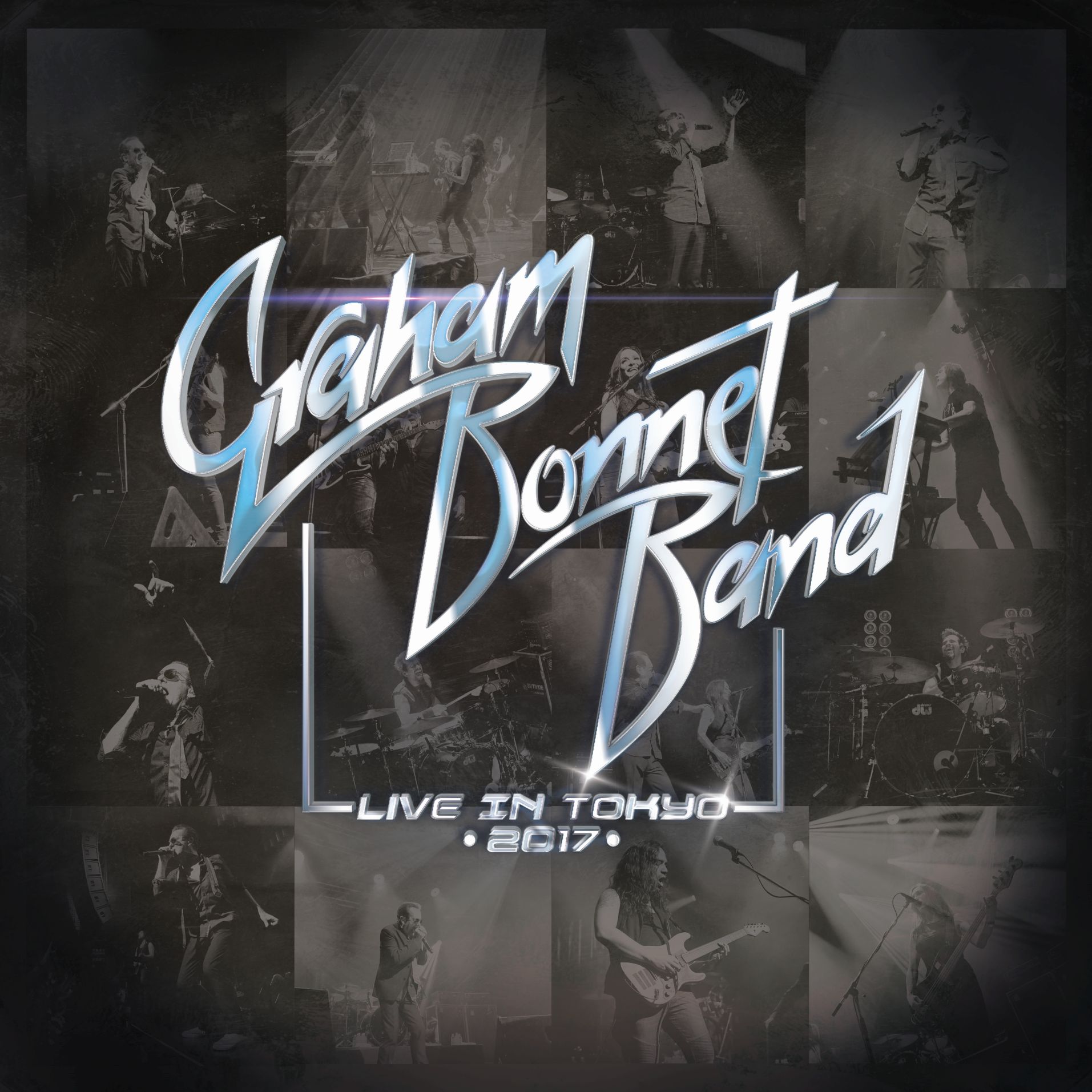 At the ‘young’ age of 71 top vocalist Graham Bonnet is enjoying the busiest times in his career. With his band he has released two studio-albums since 2016 plus a live DVD-CD (‘Live-Here Comes The Night’), under the name Alcatrazz he released another live DVD/CD ‘Parole Denied Tokyo 2017’, he has worked with Michael Schenker Fest on several tours and albums (a fresh studio CD to be released later this year) and he will be touring with a revamped line-up including guitarist Joe Stump throughout Europe very soon. And if this is not enough he now releases another live DVD/CD under his own name. In March 2017 Bonnet toured through Japan with his own band as well as with a revamped line-up of Alcatrazz. On the above mentioned album Bonnet reunited with bassist Gary Shea and keyboardist Jimmy Waldo (although Waldo was already a member of the Graham Bonnet Band) with two others members of his band (guitarist Conrado Pesinato and drummer Mark Benquchea) helping out. At the same time this live album was recorded and filmed as well with the only difference being that Gary Shea made place for the regular bass player in the Graham Bonnet Band Jo-Beth Heavenstone. It was just a matter of changing one person and changing the set list with the emphasis on Graham’s career with MSG, Rainbow, Impellitteri and adding a few more recent songs. Can you still follow me? These recordings are quite decent but are not so different from the earlier mentioned live release ‘Live-Here Comes The Night’ which was recorded at the Frontiers festival in Milan several years ago. Again versions from ,,Dancer’’, ,,Since You’ve Been Gone’’ , ,,Desert Song’’, ,,Samurai, ,,Stand In Line’’, ,,Assault Attack’’, ,,All Night Long’,  it is a bit too much of the good stuff, if you ask me. The pace in which Graham releases live and studio material is quite impressive especially when you consider this has all been done in less than three years and all of it is of a decent quality but I really don’t see what this release is going to add to his repertoire. Still, there will be people interested in any release of the man with the pipes of steel but for me personally this was not really necessary.