GRAHAM BONNET BAND-Meanwhile, Back In The Garage 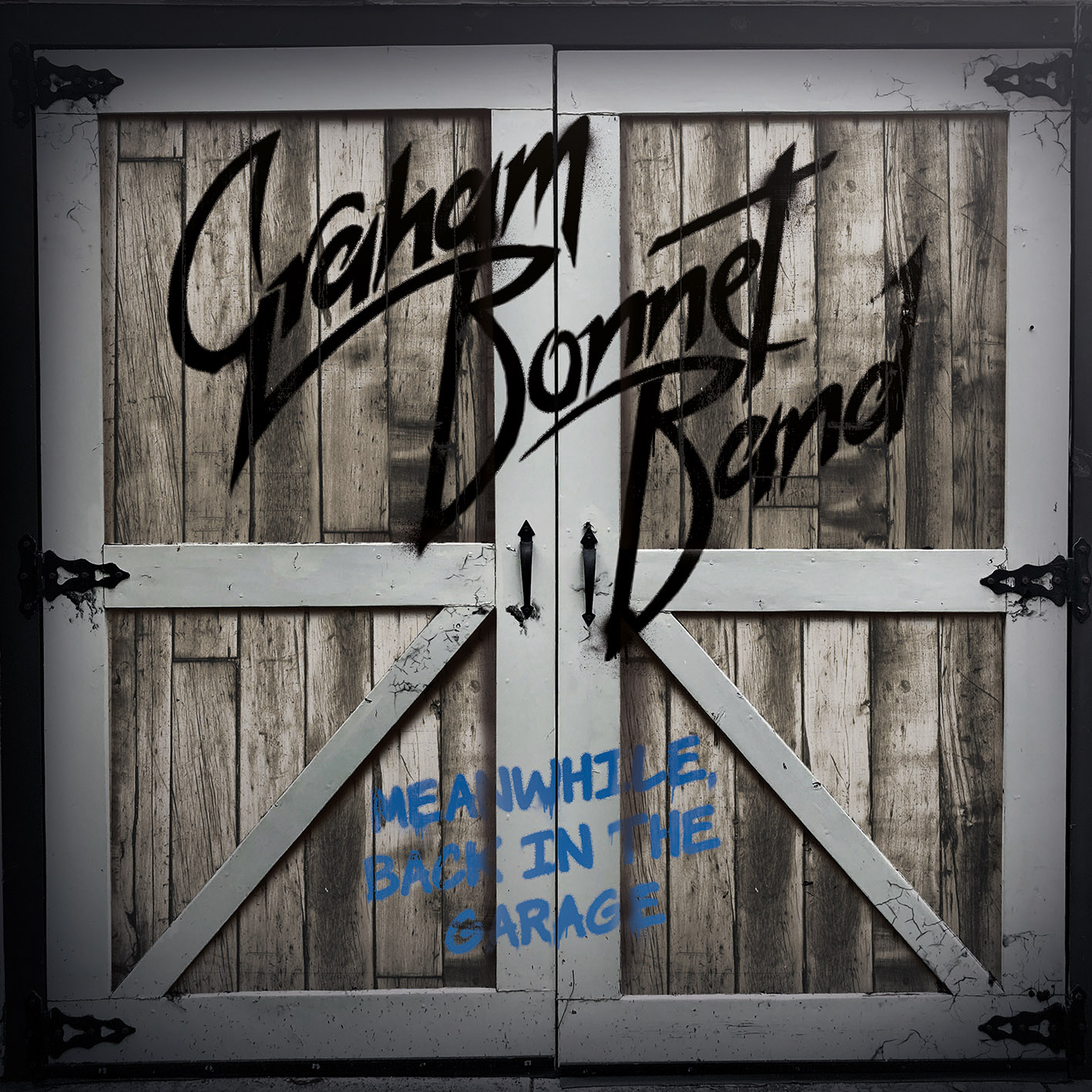 GRAHAM BONNET BAND-Meanwhile, Back In The Garage

The last couple of years Graham Bonnet has been more active than ever. After releasing the 2-CD ‘The Book’, he quickly followed that up with a live CD/DVD with his band before embarking on an adventure with Michael Schenker Fest singing in the studio as well as going on a European and American tour with der Michael as part of that outfit. Now he is back with a new studio CD (that has a live DVD as bonus) entitled ‘Meanwhile, Back In The Garage’. Also Bonnet is one of those singers on who time does not seem to get a grip. His voice is still as powerful and distinctive as in his Rainbow, MSG and Alcatrazz days. I am a bit surprised that guitarist Conrado Pesinato is no longer part of the Graham Bonnet Band. This man was excellent on ‘The Book’ as well as the live CD/DVD. On this record Joey Tafolla has played the bulk of the guitar parts. In the meantime Graham Bonnet has hired Kurt James as a permanent replacement but he only plays on the one song of this album (the Russ Ballard penned ,,Livin’ In Suspicion’’). Tafolla has a big role on this record, with his playing he takes the music partly back to the Alcatrazz period when a certain Yngwie Malmsteen and a certain Steve Vai were taking care of the guitar duties. Especially the opening title track of the CD and a song like ,,Past Lives’’ (which lyrically deals about the Second World War)  and also ,,Long Island Tea’’ have that guitar shredding that was so typical for Alcatrazz plus they are all fierce rocking songs as well where Graham can excel with his enormous vocal pipes. As the CD progresses it becomes more obvious how big Tafolla’s part on this record is. He is next to Bonnet the star of the show. Also playing with this band again is Jimmy Waldo (also in Alcatrazz) who has also been responsible for the production in cooperation with Giles Lavery. His keyboards are mainly there for support and colouring but there are enough moments for Waldo to shine as well. As a whole ‘Meanwhile, Back In The Garage’ has enough variety. The bulk of the songs are heavy, reasonably fast and at moments very impressive, some tracks are a bit more melodic and there is even a decent version of Tina Turner’s hit ,,We Don’t Need Another Hero’’ (was used in the Mad Max movie ‘Thunderdome’, starring Mel Gibson, Tina Turner and the one and only Angry Anderson of Rose Tattoo). This version is a lot heavier of course. I don’t mind the second studio album of the Graham Bonnet Band that has some interesting lyrical topics as well like reincarnation and death and gun laws in the USA (the track ,,America… Where Have You Gone?’’ deals with that topic). All in all the record leans a bit too much towards the Alcatrazz days perhaps but as the albums of that super band were quite exquisite in the day, a little trip down memory lane via these songs on ‘Meanwhile, Back In The Garage’ isn’t such a bad thing after all.