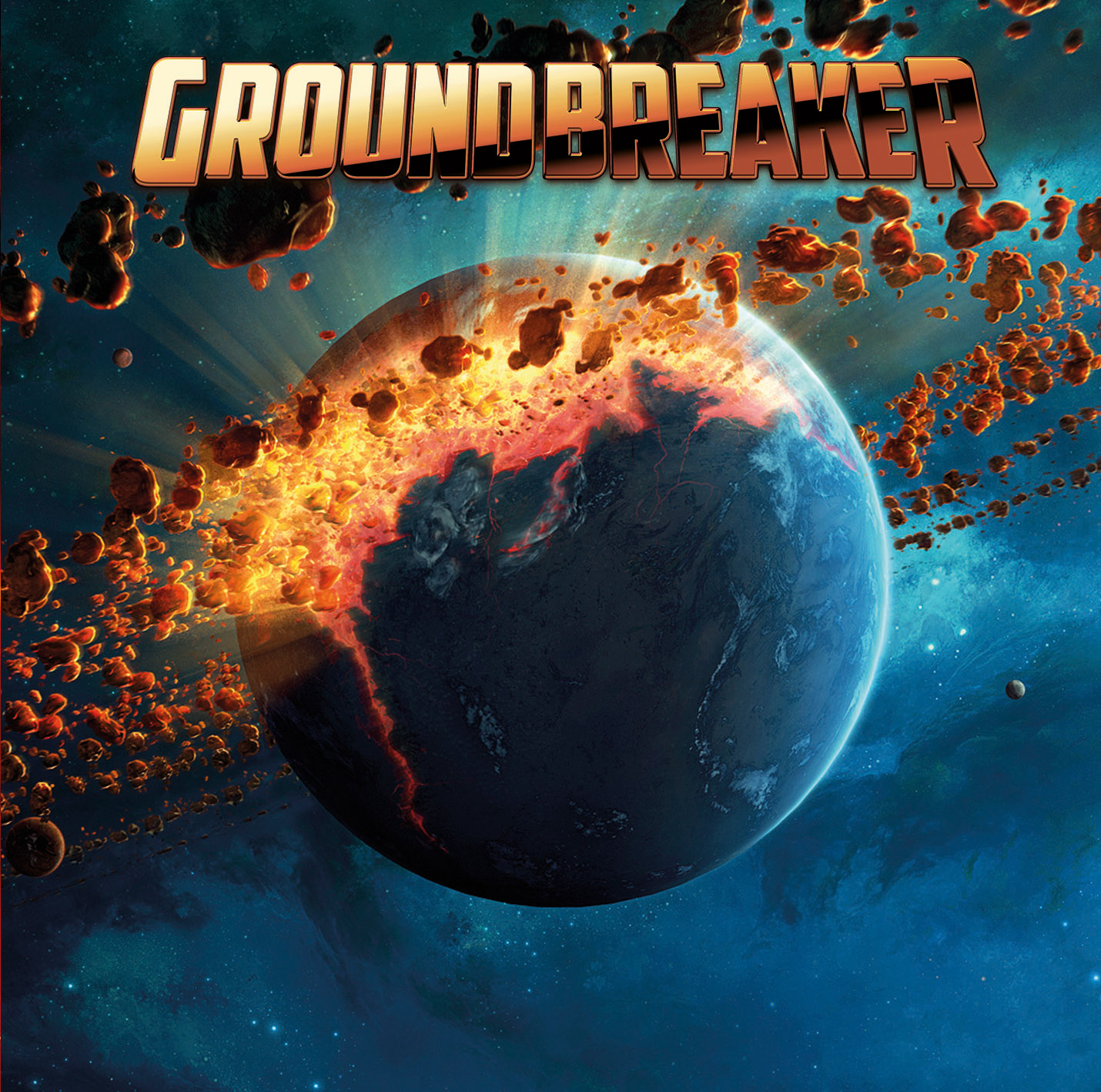 Another month, another ‘project’ coming out of the Frontiers stable. This time Swedish guitarist Robert Sall (Work Of Art) has hooked up with FM vocalist Steve Overland and as could be expected Frontiers put in their own producer/song writer Alessandro Del Vecchio to coordinate procedures and make sure the product has a certain degree. I am starting to wonder of the Italian lad ever gets any sleep as he is involved with an enormous amount of Frontiers releases. Also starting to wonder if the inspiration of Del Vecchio is starting to run dry as he has also been involved with the compositions and to be quite brutal the record of Groundbreaker is in a way very predictable. It is a collaboration between FM and Work Of Art and that is exactly how this record sounds. It has enough balls, swagger and smooth elements to satisfy the customer perhaps but the material itself is very ‘as could be expected’. There are hardly any surprises to be found, it is all solid, well sung and smoothly composed melodic rock. Sure, the musicianship is good and Overland is after all these years in the business still an excellent performer but Groundbreaker does not add anything to what a regular FM, Overland of Work Of Art album sounds like. Still, especially the first four tracks open the album up in an energetic and catchy way but after that it just goes on in a very familiar style and sound. Fans of the above mentioned bands will lap this up but for me it is just another ‘project’ that is thrown out there hoping that it will stick.