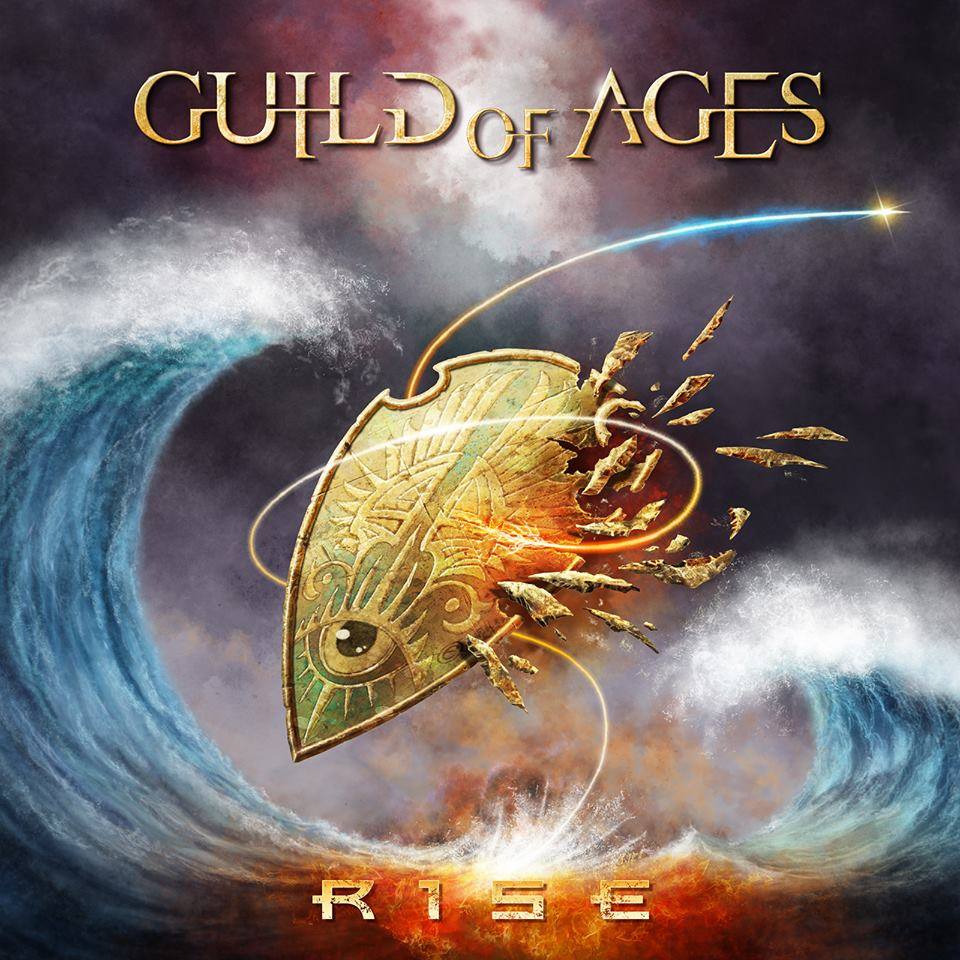 Another comeback! This time the four lads from Denver, Colorado based group Guild Of Ages have strapped on their guitars again ready to add another chapter to their history. That history began in the second half of the eighties under the name C.I.T.A. also known as Caught In The Act. They released the albums ‘Relapse Of Reason’ and ‘Heat Of Emotion’ (both by Bobby Barth produced albums are being re-released by Escape in August) before changing their name into Guild Of Ages. Under that moniker three albums saw the light of day (‘One’, ‘Vox Dominatas’ and ‘Citadel’) before the group disbanded somewhere in 2002. All five albums are very much recommended actually. The two C.I.T.A. CD’s are excellent AOR records while the Guild Of Ages material sounded a bit rockier. In 2014 Guild Of Ages reunited for a certain festival in the original line-up and have stayed together since, finally resulting in a new record entitled ‘Rise’. Musically singer/guitarist Danny Martinez Jr, guitarist Anthony ‘Antz’ Trujillo, bass player James Lostetter and drummer Steve Stuntz are continuing their old style on ‘Rise’. Melodic heavy rock with very nicely worked out vocal arrangements that were so typical for that band. I remember that I asked Danny Martinez years ago if he or his colleagues ever sung in a gospel choir and he answered with a firm ‘no, but I understand where your question is coming from’. Just pointing out that in the vocal department Guild Of Ages took things very seriously indeed, as is yet again the case on ‘Rise’ where the songs are a mix between (a few) ballads and (mostly) robust rockers. The group itself produced the ten regular tracks plus the intro and outro, making this return to the music front an interesting and very enjoyable one. I would also like to mention the stunning cover design by Belgian art master Eric Philippe. If you are familiar with the past of these dudes please don’t hesitate and add ‘Rise’ to your collection. Melodic rockers that are not known with this group should take a chance and at least have a listen. You won’t be disappointed!