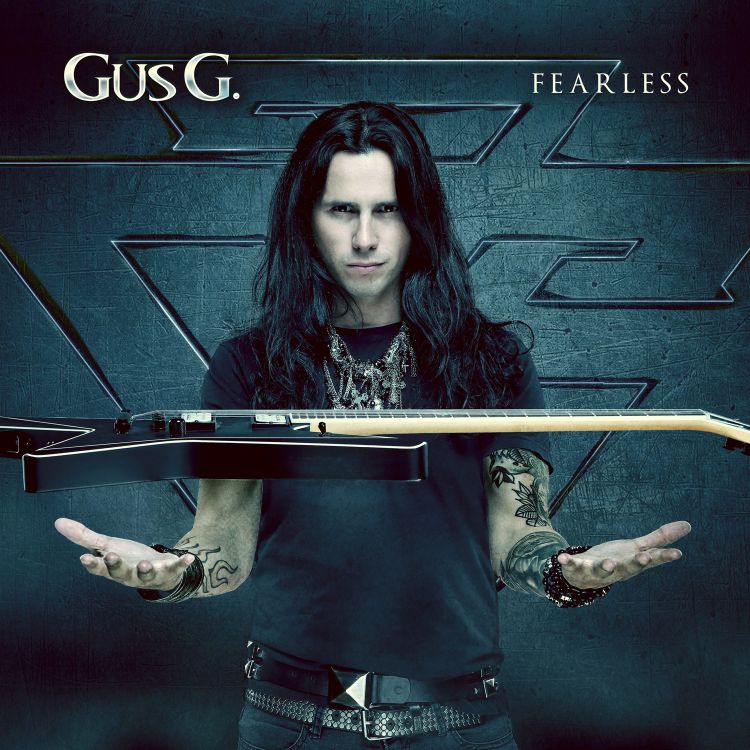 On his previous two solo records Greek guitar God Gus G used guest vocalists but after finishing the recordings of Firewind’s latest CD ‘Immortals’ Gus continued working with the producer of that album Dennis Ward (Unisonic/Pink Cream 69), writing songs for his new solo CD. It was decided that Dennis Ward would play bass, produce and sing on the album. For Dennis this was a big challenge. He had sung on several Khymera albums but that was his own ‘baby’ and in a different style. Now for the first time in his career Dennis would be the singer on somebody else his album. Well, after inspecting ‘Fearless’ for the last couple of weeks we can only say this: mission accomplished! Dennis Ward is a great producer/bassist/song writer but also a guy that can truly pull a melodic metal album to a top level. Mind you Gus G and drummer Will Hunt (Evanescence/Black Label Society) had something to do with that as well. But the fact that a steady singer has been used now has resulted in a much more balanced CD. There is absolutely nothing to complain about ‘Fearless’. If you like heavy, shredding yet melodic guitar work, thundering rhythms and outstanding singing all cemented into a cast iron production and sound ‘Fearless’ is the answer to your prayer. But it is not that Gus G just stands for brutal and relentless metal, there are several very melodic rockers on hand like ,,Nothing To Say’’ or ,,Last Of My Kind’’ that contrast nicely with the more robust songs (,,Letting Go’’) and some scorching instrumental pieces like ,,Thrill Of The Chase’’. Plenty of variation about on this CD that is for sure. Guitar virtuosity can go hand in hand with good songs (like for instance the latest Joe Satriani proves) and Gus G has reached with the help of Dennis Ward and Will Hunter a better and higher level than he has ever done before. Top marks for ‘Fearless’ are in order.