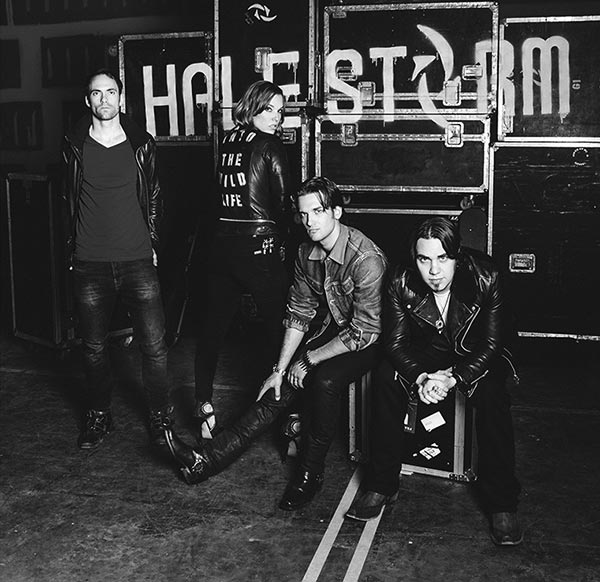 Halestorm finally released the long awaited third album, an absolute new milestone in their never-ending touring schedule. With `Into The Wild Life’ the young ambitious Americans show attitude, courage and majority. Daring to unite (experimental) pop and (hard) rock music in thirteen memorable, well-produced songs, they are absolutely ready for a big audience. And why do we love Lzzy Hale so much? In a certain way she does remind us of a young Kim Wilde, who dominated the eighties with rocking’ pop songs. And the fact Lzzy simply rocks as a singer as well as a guitar player and knows how to keep a song interesting, emotional and entertaining. Lzzy has her own strong signature as a performer, which will make her a super star someday. And let’s not forget, she has a great band to support her all the way.