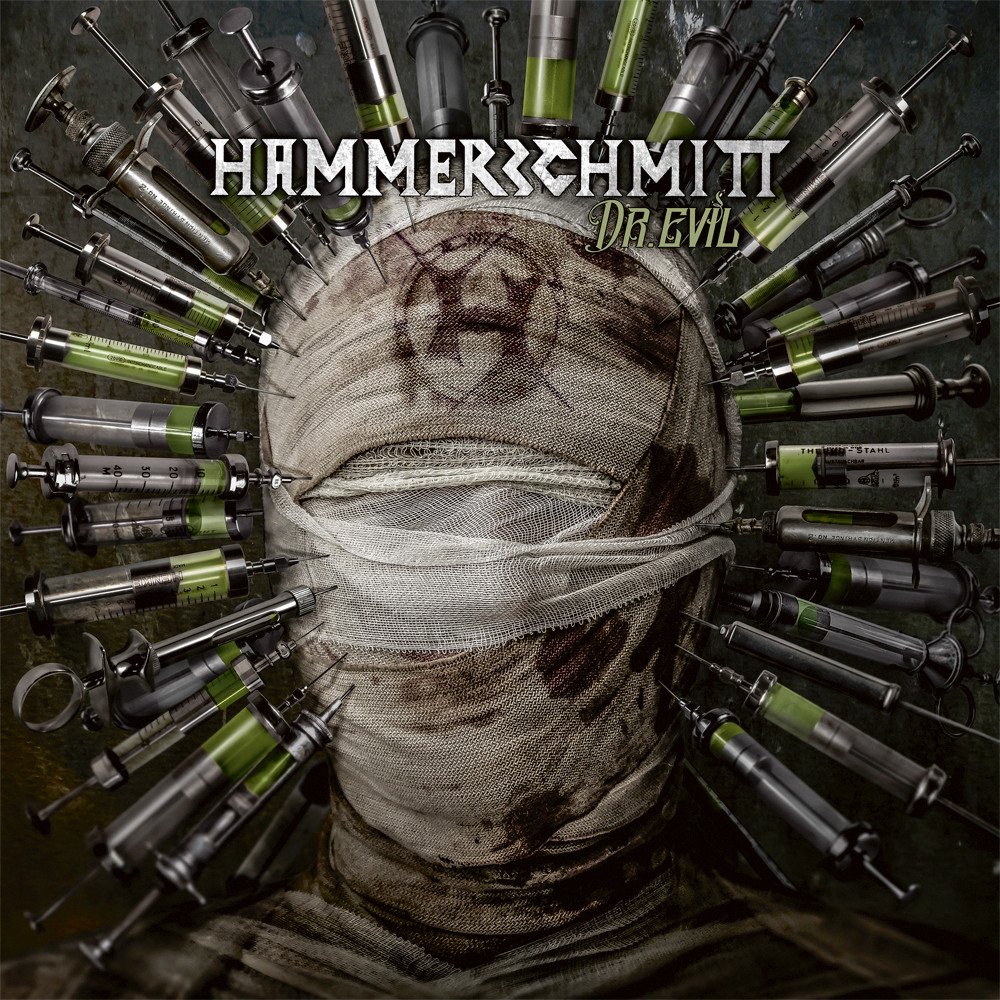 On their sixth album German metal gurus Hammerschmitt for the first time in years have only new and fresh material ready for presentation. If you like your melodic rock with a fair dash of metal in the Krokus/U.D.O./Shakra style this might be a record for you. The riffs are dynamic, the pace fairly high, the lyrics simple as are some of the songs when you look at the arrangements and the build-up of them. Vocalist Ben, the guitarists Gernot and Summi, drummer Steve and bass player Armin like to keep it simple and aggressive with pacey high energy rockers like the title song (hello AC/DC), ,,Metalized’’, ,,Saints Of Rock’’ and ,,War’’. Every now and then the band has looked too obvious in the big cliché rock and metal book but to be honest ‘Dr. Evil’ is not such a bad record after all. It is uncomplicated, it has a whiplash production and it shakes, rattles and rolls with packing a punch as well. The only thing these boys should not try again is writing and performing a ballad as last track ,,End Of Time’’ almost made me fall asleep on the job!