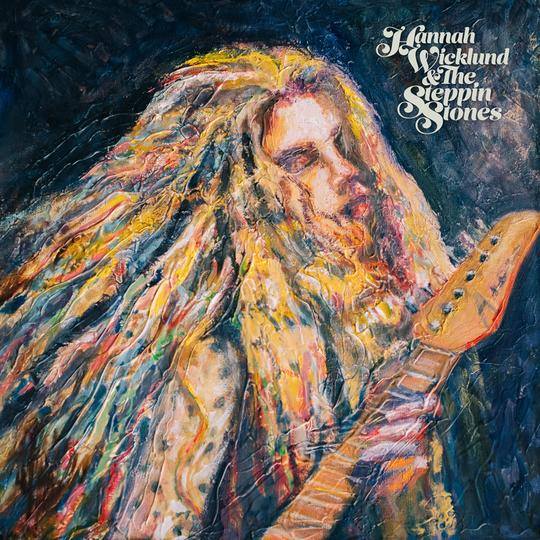 Hannah Wicklund is a twenty year old guitarist/singer/song writer operating from Nashville. Eh no, Hannah does not produce country rock, far from I would say. The energetic music is based on blues and heavy rock and it is clear that the influences of this girl are in bedded in the seventies and eighties, in a time when she was not even born yet. She is, according to the media, singing in the style of Susan Tedeschi. That might be the case on a few tracks perhaps, but if I have to choose Hannah Wicklund gets my vote any day of the week. She manages to combine feeling with a certain ‘balls to the wall’ style in her playing and singing and also producer Sadler Vaden deserves a lot of credit by capturing the raw energy of Hannah’s performance to a ‘T’ and highlighting a more sensitive side as well. Already the first track ,,Bomb Through The Breeze’’ leaves no stone unturned, a mighty riff dominates together with the loud voice of Hannah who is also looking sharp as well. That is just a bonus, more important is the uncomplicated character of her rock and blues performance, the groovy licks and the variety in her material. It is not that Wicklund only is capable of rocking out, she is also ‘ace’ when it comes to performing a song with more depth and feeling. Listen to ,,Mama Said’’, ,,Strawberry Moon’’ and the acoustic based ,,Shadow Boxes And Porcelain Faces’’, three songs that are more laid back and that show a more sensitive Hannah Wicklund. As singer, guitarist and song writer Hannah Wicklund presents us with a calling card that is hard to ignore. Impressive start by this girl. It is proof that the blues rock genre keeps producing new talent. Maybe a support tour with an artist like Kenny Wayne Shepherd or Walter Trout would be the perfect chance to introduce this artist to a bigger audience. If you have trouble locating this CD go to www.hannahwicklund.com to order your copy there. Warmly recommended!