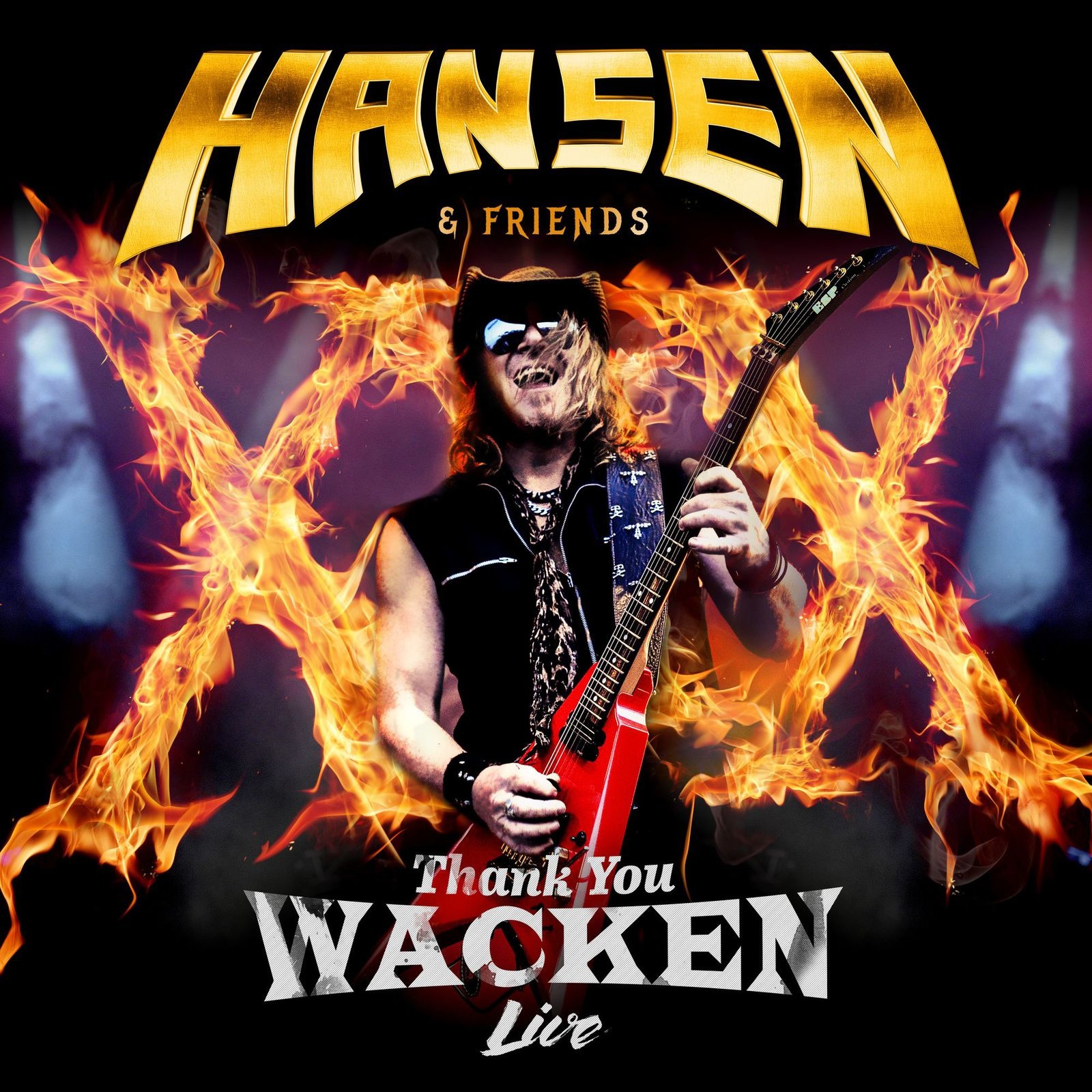 Kai Hansen celebrated his being in the business for 30 years with the CD ‘XXX Three Decades Of Metal’ that was released in September 2016. A few weeks before the release, on August 5 to be exact, the former Helloween and current Gamma Ray boss already introduced the bulk of the album to a big audience during a gig at the prestigious Wacken Open Air festival with the help from a bunch of friends like guest drummer Michael Ehre (who replaced Dan Wilding for the day as he had commitments with his band Carcass), bassist Alex Dietz, guitarist Eike Freese, keyboardist Corvin Bahn and three guest vocalists Michael Kiske (Unisonic), Frank Beck (Gamma Ray) and Clementine Delauney (Visions Of Atlantis). Also a perfect opportunity to record a live CD/DVD as well and that product has been recently released almost ten/eleven months after the regular studio CD. For an enthusiastic audience this night was more or less a home game for Hansen and his musical mates, as from the first song ,,Born Free’’ all hell breaks loose on stage as well as in the audience. What unfolds is a pulsating show with an excellent combination/mix between golden oldies like ,,Ride The Sky’’, ,,Victims Of Fate’’ and the songs that at the time are brand new to the audience such as ,,Contract Song’’, ,,Enemies Of Fun’’ and ,,Follow The Sun’’. Hansen has never been my go to guy when it comes down to singing but I must admit that he has improved with the years and also on this registration he does quite well. But it is his guitar playing that really catches the eye. Being backed by Freese’s rhythm guitar Kai Hansen gets all the room he needs to shred and show his ‘tap on’ technique once introduced by Eddie van Halen. But the biggest surprise is drummer Michael Ehre, who really is a guy that is a beast behind the double bass drum kit. He plays as if he has been with this outfit for years giving the music an enormous boost and power. The stage looks nice as well with Marshalls planted all over the stage (even Ehre’s drum kit is supported by Marshalls). Clementine Delauney and Frank Beck join Kai Hansen every now and then with the vocals with the guitarist giving them lead spots as well. Things really come to a boil when Michael Kiske enters the stage to sing the Helloween classics ,,I Want Out’’ and ,,Future World’’. The people who filmed this gig regularly show shots of the audience that is all smiles and happiness. ‘Happy metal’ is how Helloween’s early music with Hansen was described and on this CD/DVD Kai Hansen has stayed true to that term. Happy band, happy audience, happy reviewer, everyone’s a winner with ‘Thank You Wacken Live’!