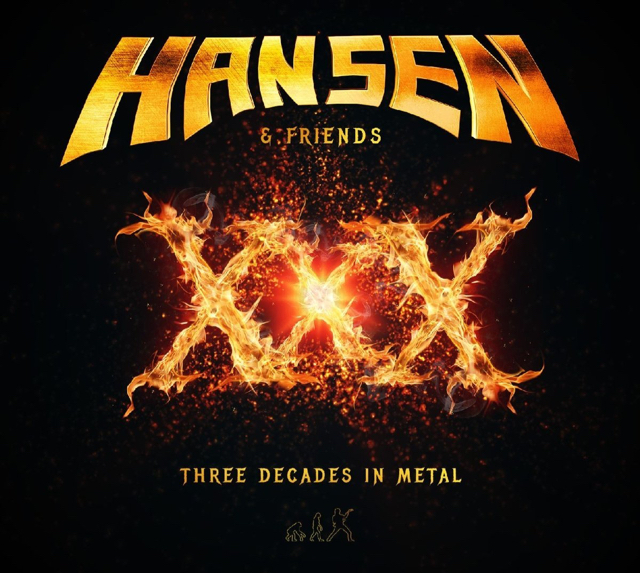 Helloween, Gamma Ray and Unisonic are the most famous bands that have been a home for guitarist/singer Kai Hansen for the past 30 years. The man has built up an excellent reputation with those groups playing melodic heavy, power and sometimes speed metal and releasing some outstanding albums. Kai now celebrates being active for all this time in the scene by releasing ‘XXX Three Decades In Metal’. His friends on this album are bass player Alex Dietz, guitarist Eike Freese and Carcass drummer Daniel Wilding. What a celebration it is for the Hannover born Hansen. True to his heritage and style Kai Hansen and his friends serve up an excellent sounding portion of heavy metal with lots of crunchy guitar riffs and excellent solos, thunderous drums and pumping bass lines. Lyric wise Hansen writes about himself in ,,Born Free’’, the way he grew up and what music means to him. Call it a little autobiographic if you like. The first six songs of this CD ,,Contract Song’’, ,,Born Free’’, ,,Enemies Of Fun’’, ,,Fire & Ice’’, ,,Stranger In Time’’ and ,,Follow The Sun’’) are all typical for Hansen. Hard and heavy, sometimes a bit laid back (,,Fire & Ice’’), but most of the time up tempo, with great riffs and solos. Even his singing, which has never been the strongest point of Kai, is on this album acceptable and on some tracks more than that. Kai Hansen has not made an effort to re-invent the wheel on this celebration CD, but has stayed true to his own roots and has done that with dignity, grit and determination. If you are a fan of Hansen’s past adventures you will for sure embrace this record!