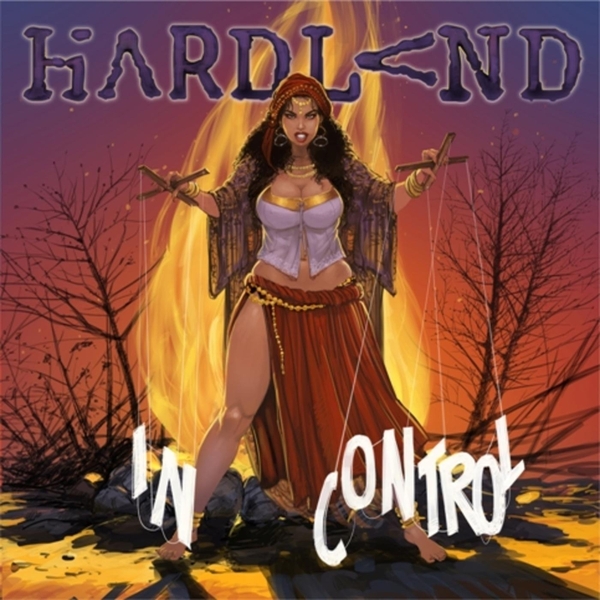 September 1, 2019 by Michel van de Moosdijk - More about our team

A few years ago Dutch band Hardland came on to the rock scene with a promising self-titled first CD where the two main musicians Paul Evers (guitar) and Aeilko Venema (guitar) shared the vocal duties on a CD that was a combination of robust heavy rock and AOR type of songs. On their second the two lads have dug a bit deeper as ‘In Control’ is an album where Hardland can’t be pinpointed to a certain definite style. Variation is key on ‘In Control’. The main ingredient is still melodic heavy rock but Evers and Venema have not been afraid to make musical sidesteps as well. First of all there is the cover ,,Are Friends Electric’’, originally recorded by the synth/pop band Tubeway Army some 40 years ago. It takes a bit of time to get used to but it is certainly not a miss. Also ,,Rise And Shine’’ has this synth/pop rock approach, making the song really stand out while ,,Love Love Love’’ is a ballad that would have fitted in the Flower Power period.  And while listening to this song I get the feeling that maybe the duo has taken their ‘experimental’ approach a bridge too far, especially when you hear the more rock focussed other songs on the album. There is absolutely nothing wrong with variation and I find it quite ballsy to have the guts to include such songs on a heavy rock album that by the way has a real cool production. It is clear for everyone to discover that Hardland has put a lot of attention into the sound of this album. Listen to the clarity of a song like ,,Pleasure And Pain’’ and the focus that has been put on the structure of the song. It just flows so naturally. So, to make a long story short. Hardland has taken multiple musical risks on ‘In Control’, adding seventies synthesizers sounds into the mix together with more contemporary rock. It will a few spins before the penny will drop perhaps but when it does you shall come to the conclusion that Evers and Venema are in a way musical daredevils on ‘In Control’. And don’t worry, there is plenty of rock to be heard on the record, it is just served with a twist and some spin. For the more adventurous type of rocker something to dive into!