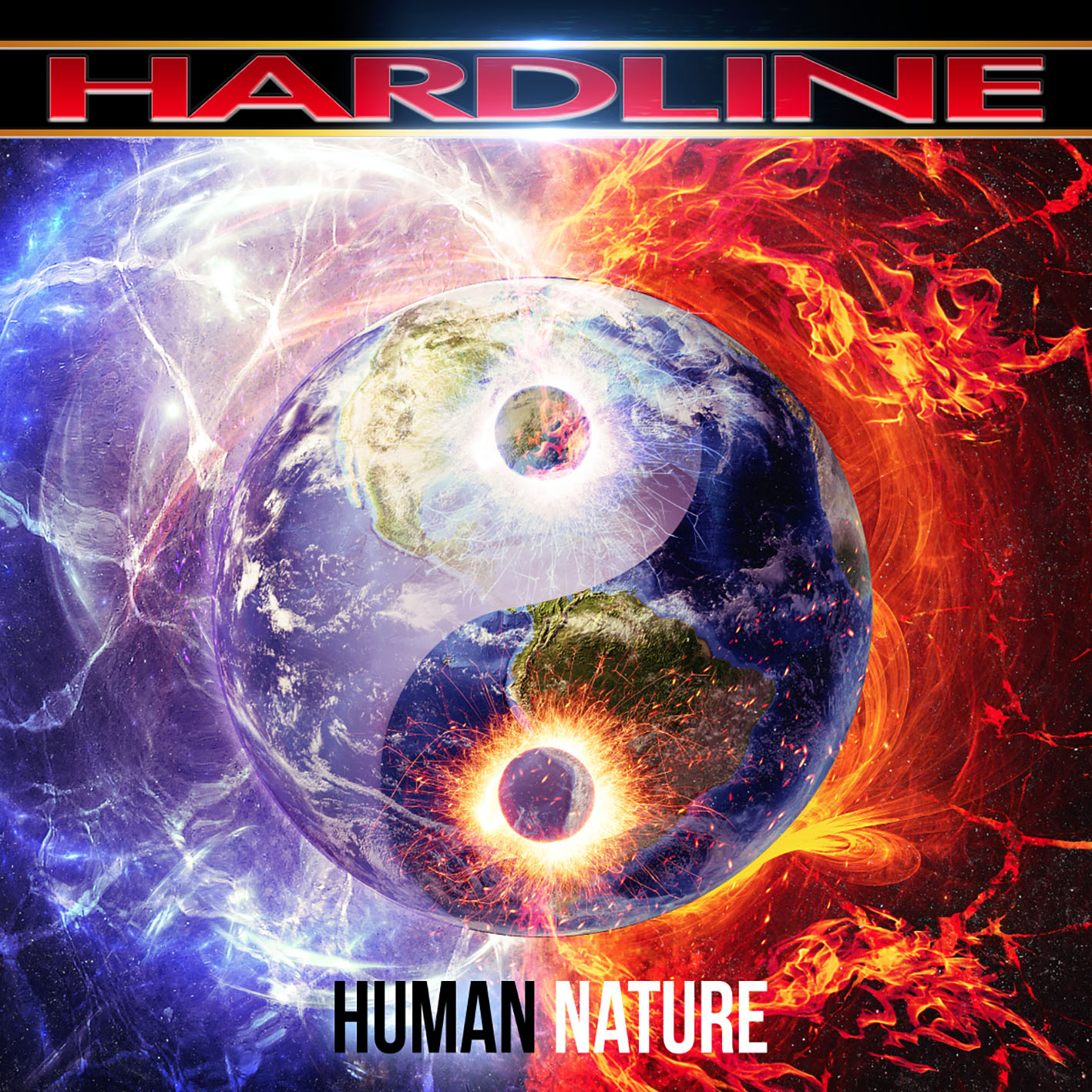 According to Hardline singer Johnny Gioeli it was his goal to make ‘Human Nature’ into a heavier and more updated version of the debut album ‘Double Eclipse’ (1992). So what do you do as a writer?

You dive into the past and into your collection and dig that ‘Double Eclipse’ album out and play it. Has Gioeli been talking nonsense? Eh no, far from. The man who has also been (and still is) the singer for Axel Rudi Pell for the last decade or so has hit the nail right on the head. ‘Human Nature’ has some of the old ingredients but is a lot more powerful and crunchier. Enter virtuoso guitarist Josh Ramos (The Storm) with his strong input and Alessandro Del Vecchio, Frontiers music man, who has delivered a heavy production and has written the bulk of the material with Gioeli. And he provides some keyboards as well, as he was in the studio anyway.

Only the piano ballad ,,Take You Home’’ gives you a bit of breathing space as does the intro of ,,Where The North Wind Blow’’, most of the other songs like ,,Running On Empty, ,,Nobody’s Fool’’, ,,The World Is Falling Down’’ and ,,Trapped in Muddy Waters’’ (that has a nice bluesy feel) are pure melodic heavy metal.

Because of Gioeli’s voice being so prominent in the mix and the fact that he has a specific style and sound you might perhaps think that Hardline sounds a bit like Mr. Pell, but that is not the case. Josh Ramos is a different guitar player, the tempo of this album is different, the style is a bit more modern and the production makes the album sound more up to date.

Johnny Gioeli himself is in top form and it is as clear as day that Hardline have delivered their best album so far. Forget that 2012 album ,,Danger Zone’’, it was okay, but this is a different piece of cake. This is top notch in all aspects!