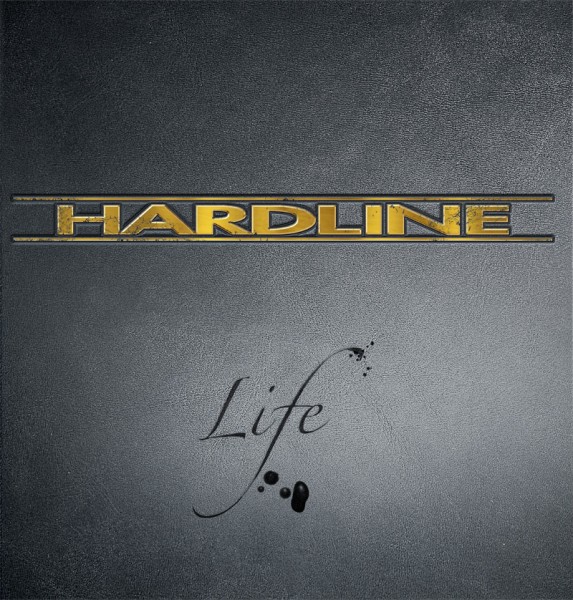 Johnny Gioeli’s Hardline certainly has come a long way since its reformation in 2002 recording `II’ as the follow up to the star studded `Double Eclipse’ debut featuring Deen Castronovo and Neal Schon of Journey fame. With the musical climate changing it was time to get back to the limelight and powerhouse shouter Johnny surrounded himself and his brother Joey once again with a stellar line up they took to the stage of the prestigious Gods Festival in Wigan additionally sprouting the release `Live at the Gods Festival 2002’.

Leaving that line up basically intact for the recording of `Leaving The End Open’ Gioeli’s recorded the follow up to the album with a brand new line up which remained to be Hardline. A fruitful collaboration with Frontiers’ songwriter Alessandro Del Vecchio was born and it refreshed the Hardline approach as heard on the following `Danger Zone’ and the impressive 2016 recording `Human Nature’. `Life’ is the living proof of the new brotherhood of Gioeli and Del Vecchio.

With the last albums being much more appealing to me than any of its predecessors (yes, even `Double Eclipse’), I was stoked to read Gioeli’s statement about fusing his recent 2 releases with the classic debut album. The outcome is up to par with that, with one of rock’s hardest working vocalists again belting impressive jobs on this new record. `Life’ also instantly proves that Hardline is not another Gioeli abum, as it differs from Johnny’s recent solo effort `Drive’. Hardline kicks up more dust even though Gioeli’s typical loud and wide range is a trademark sound per say. ,,Place To Call Home” immediately kicks in with larger than life sound, spiced with classic rock elements in the vein of Deep Purple’s ,,Highway Star” tone set. Powerful it storms onwards with a blistering solo offering somewhat of a breather.

Powerful overall sound and Johnny’s impressive pipes firing roaring; Hardline’s `Life’ enrols reviving the heydays as much as it sticks in the present. Benefitting from the recent European tour the band seems evolved in a solid rocking machine with Anna Portalupi (bass) and Marco Di Salvia (drums) laying down a rock solid foundation in which the bass parts are vivid and modern rocking. Newly added guitarist Mario Percudani is allowed plenty of space to show his excellent skills with the band firing on all engines. The embedded classic pompous keys and Hammond are adding to the poise of the band’s storming sound like on ,,Helio’s Sun” and ,,Out Of Time”, that also bear reminisce to classic rockers such as Van Halen and Y&T’s [less bluesy] song structures. Especially ,,Story Of My Life” revives the Van Halen era with its stop ‘n go riffs and versatile progressive drumming that unload in a mega melodic bridge and sticky chorus.

Absolutely magnificent are the slick ,,Take A Chance”, the guitar propelled ,,Hardful Of Sand”, the organic and classic rocking ,,Chameleon” and the acoustic album closer ,,My Friend”. Gioeli shines brightly and especially on the heartfelt power ballad ,,Page Of Your Life” he radiates grace and confidence. On the piano ballad ,,This Love” he howls himself into the spotlight taking the song to abnormal heights with his powerful vocal delivery. The song builds tension and impacts deep. Delving deep on the re-recording of Queen’s ,,Who Wants To Live Forever”, Hardline seems to seek redemption by stripping down the song to its bear essence as a piano ballad. It is Johnny who uplifts the song and takes it to peak in the chorus that unloads with tremendous power. Though I was listening with prejudice, Gioeli and his band really deliver a powerful rendition of this gut wrecking classic.

`Life’ is an enjoyable classic rock album that radiates passion and enthusiasm, especially when the storming Gioeli belts deep. The songs are excellent even though they don’t stray on experimental paths to often. 2/3’s of the album consists of ballads and slow movers, with the balance on the second part of the record tilted with 3 out of 6. By editing the running order of the record the general flow would have been better. What remains however is an album that is solid and hard rocking, appealing to a broad audience of melodic and classic rockers.