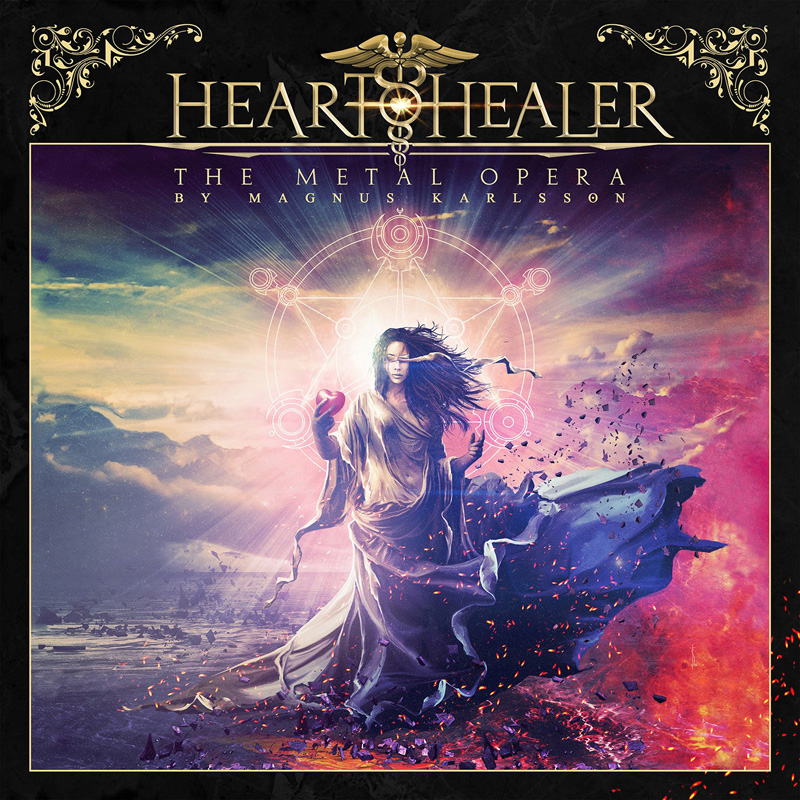 Heart Healer is another project cooked up by our Italian friends of Frontiers. A metal opera is far from original, let us be honest about hat. It has been done by several groups and artists like for instance Nikolo Kotzev and Avantasia’s Tobias Sammet just to name a few examples. So what is so special about this one? Well, the fact that seven female singers have been recruited on the vocal front is quite unique indeed if you ask me. The ladies participating all have their own character and identity like for instance Noorah Louhimo, the singer of Battle Beast and a front woman with an enormous dose of power. Magnus Karlsson, producer, multi-instrumentalist, composer and known from bands and projects like The Ferrymen, Starbreaker, Allen/Lande, Primal Fear and Magnus Karlsson Free Fall (in that capacity he already worked with for instance Noorah and Anette Olzon) was given the task by the Frontiers hierarchy to take control of the project and he needed no further encouragement as he wanted for quite some time to put together a musical project that would combine elements of melodic metal with orchestration and dramatic features, so the inspiration and willingness to do this was there. Obviously this is a project that you can’t do in a short period of time, so in between his other commitments Magnus worked off and on this. When you listen to the record and you are familiar with Magnus Karlsson Free Fall and several Allen/Lande albums you will by now recognise and understand that Magnus through the years has developed a signature guitar sound which also can be heard and enjoyed on this record. For the songs Magnus chose to use some of the ladies to perform a duet, or combining three voices, but also Anette Olzon, Noorah Louhimo and Adrienne Cowan got solo spots. Closer ,,This Is Not The End’’ has all seven girls singing which results in a very versatile song and quite an astonishing result. This album is quite a bold undertaking by Magnus and he has managed to do a fine job. At times things go over the top but I suppose that is part of a metal opera when so many music elements have been combined. If you have any doubts if this project is of your taste jump on the internet as there are several clips circulating on YouTube. Personally this record is not for the full hundred percent my cup of tea but that should not stop anybody of having a sniff as ‘The Metal Opera By Magnus Karlsson’ is quite a prestigious and ambitious project by one of the most talented musicians in Sweden.