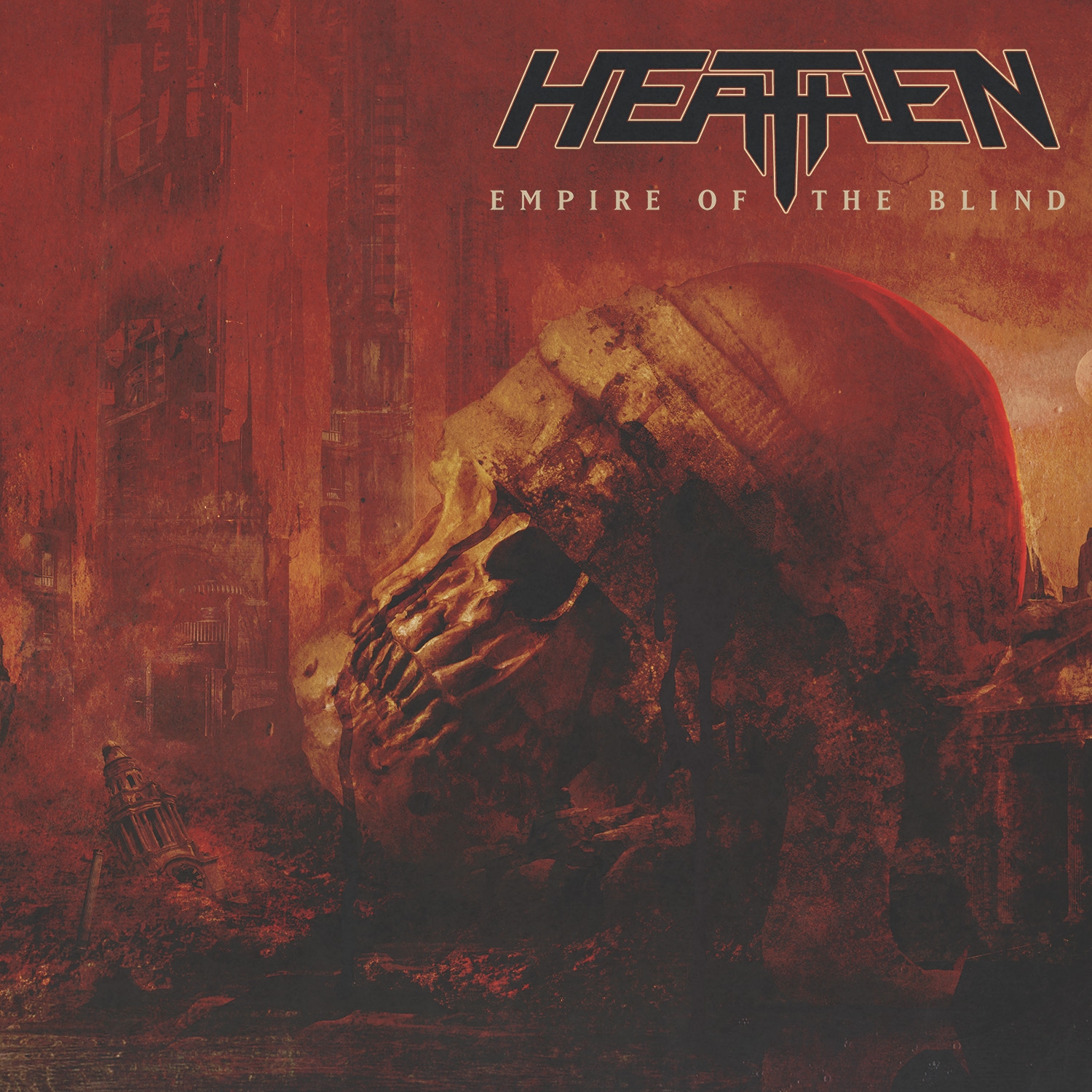 Does anyone remember Bay Area thrash band Heathen? Well, after a hiatus of ten years (‘The Evolution Of Chaos’, 2010), this metal legend is back with a new album called ‘Empire Of The Blind’. This heavy album contains twelve brand new songs featuring lots of soaring melodies, thrashy beats, pounding drums, subtle prog musical elements and more than excellent vocals by David White. In fact ‘Empire Of The Blind’ is a classic thrash metal album with the absolute highlight being the song ,,The Blight”, filled with big harmonies, up tempo heavy riffs and hooks and two stunning guitar solos. The title track is also worth mentioning as that one has an awesome guitar solo as well and some very recognisable galloping rhythms. Lyrically most of the songs are rather dark and melancholic with maybe the best example ,,This Rotting Sphere” …..which of course has an obvious title…. The track ,,Dead And Gone” has a real thrashy groove but more important: a killer outro, while ,,Devour” is another headbanging highlight of this album. ,,Shrine Of Apathy” is the only “quieter” song, as it almost, but really, sounds like a ballad…So, Heathen is back with a thrashy vengeance and if you liked their previous three albums then ‘Empire Of The Blind’ is a must have for you as it really is a thrash metal tour de force!!