HEIR APPARENT-The View From Below 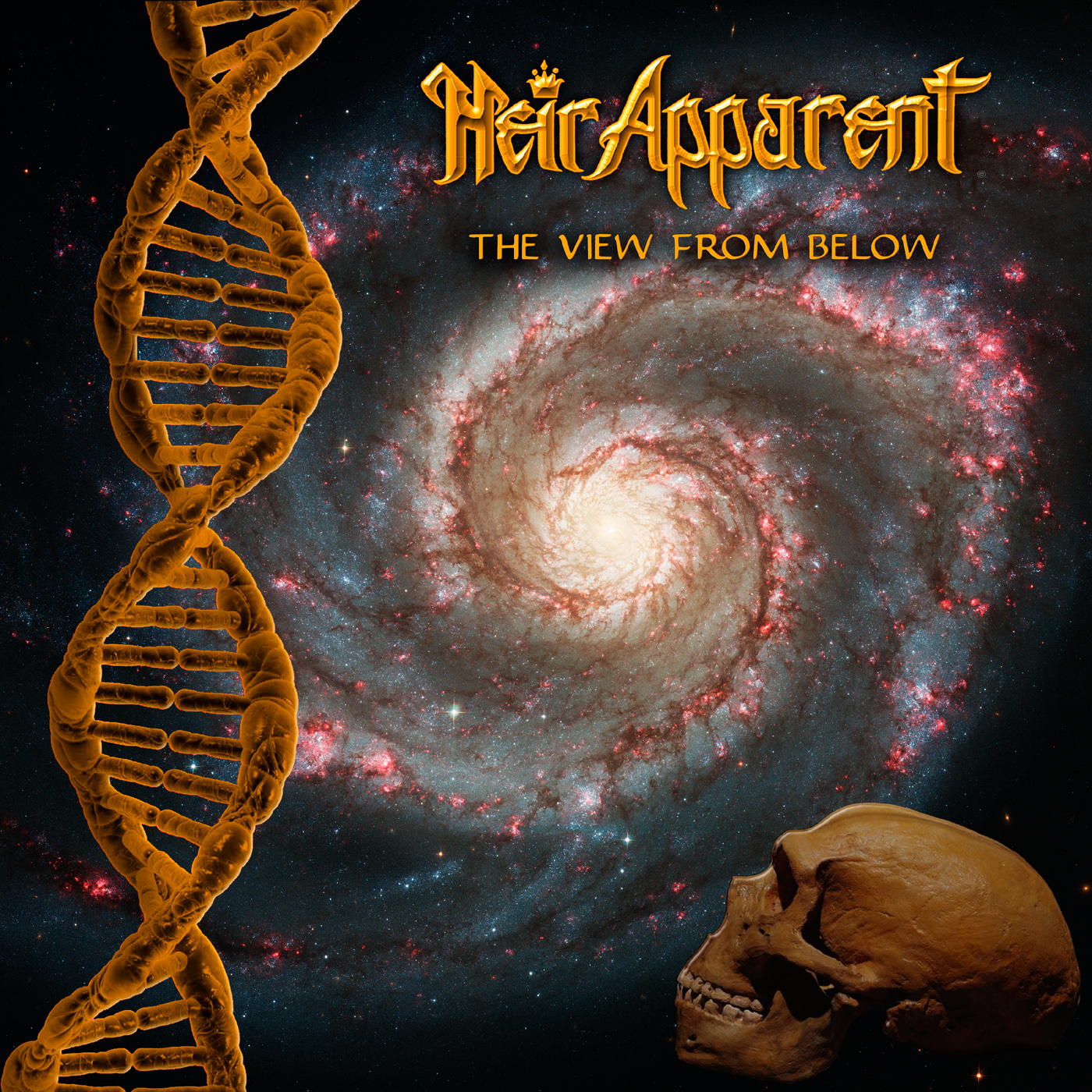 HEIR APPARENT-The View From Below

Who remembers the mighty debut `Graceful Inheritance’ and the spectacular and more melodic pompous `One Small Voice’ from US metallers Heir Apparent? If you do, I have got some confronting news for you: you are old! You are so old, you have lived through the heydays of NWOBHM as well as the US power metal movement, regardless if your neck is still in one piece or not. Hell, you were present when the medieval wizardry and the dungeons and dragons of R.J. Dio were hailed from the netherworld. These were the days… This was the time the root of modern day metal was planted and new names reared their longhaired metallic head.

So let’s step back into the pit for one more round. One round of heavy sound beating and damage to the eardrums. One round you will survive withering the heavy swirling tornado of emotions presented on this brand new Heir Apparent silver spinner `The View from Below’. Without casting aside their only two albums spanning legendary debuting days, Terry Gorle and his band reunited in their purest form, joined by new vocalist Will Shaw and keyboard player Op Shakira. Where the latter drapes his furry carpets among the shadows of the musical sound beating, Shaw takes the spotlights making the difference much like his illustrious predecessors. Not only does his voice bears resemblance to the first shouters he also belts the powerful low registers. Opening with ,,Man In The Sky” Shaw at first appears rather isolated with angry pumped roars before taking an entirely different approach, perfectly linking the modern song with the bands heydays. Sophisticated melodic choruses introduced by trademark power chords from Mr. Gorle. His skills are impeccable and the man’s solos still spit dirt. On the impressive ,,The Door” Heir Apparent laces the modern sound with their trademark sophisticated sound, easily fitting the band’s first albums. The song progresses alongside a thick riff and powerful hovering melody line. A captivating track, perhaps one of the best heard in years. Another excellent track is the fist pumping and rip roaring ,,Savior”, opened by a bedazzling guitar solo taking into a galloping pace with Derek Peace’s pumping bass lines pulling it forward Peace’s dominant style bridges the gap at centre stage where Gorle and Schwartz battle for the spotlight with Shaw. ,,The Road To Palestine” switches in taunting progression with Phrygian dominant scales propelling it forward in hypnotizing pace with keys gracefully draped around the edges. Harmonic and fierce, with Shaw again raging along with captivating vocals. Terry opens all registers and unleashes a jawdropping solo laced with Persian scales and fluent progressing scales. Chants power up the battle hymn to great heights. Bass and drum interaction plough through the opening of the grand ,,Insomnia” which once again displays the captivating sonic bombastic landscape Heir Apparent made their own. Poly rhythmic drum shuffles urge underneath the comfortable toned keys that emphasize the all over present melancholy spitting progressive motion. Slow paced are ,,Here We Aren’t”; a slow moving piano tune which blooms halfway in and erupts in another one of Terry’s solos. The song is followed by the persistent and generic thriving ,,Synthetic Lies” with its urging ambiance. It’s this gripping ambiance and perfect balance between drum & bass, and Gorle’s strangulating riff power that is well guarded by the knob turner of the band’s debut Tom Hall. Hall guarded the band’s overall sound but, to my personal findings, also leaves room for error. What he accidentally misses is the coherence between the lower regions of Shaw’s voice that would have benefitted from lower tuned overall sound at times, or perhaps bring his vocals less upfront in the mix. The isolated roars simply do no justice to the bands best moments at hand. He could also have prevented the isolated snare in the front of the mix, which really gets on your nerves at times.

Though the band will likely appeal to fans for bands cult status, it won’t harm to dive into this ominous paced sophisticated progressive release. With Terry’s recent FB rant addressing promoters of cult acts to enforce new releases on them rather then the bands playing what fans crave for, I tend to applaud his band’s new release. Gorle and his band indeed add some poise to the passion of their past without neglecting the trademark grandiose sound. `A View From Below’ nests without revealing it’s most precious moments on the spot. Slightly dated due to Hall’s mix, but still monumental…  A must have for fans of the genre, and fans of metal in general.