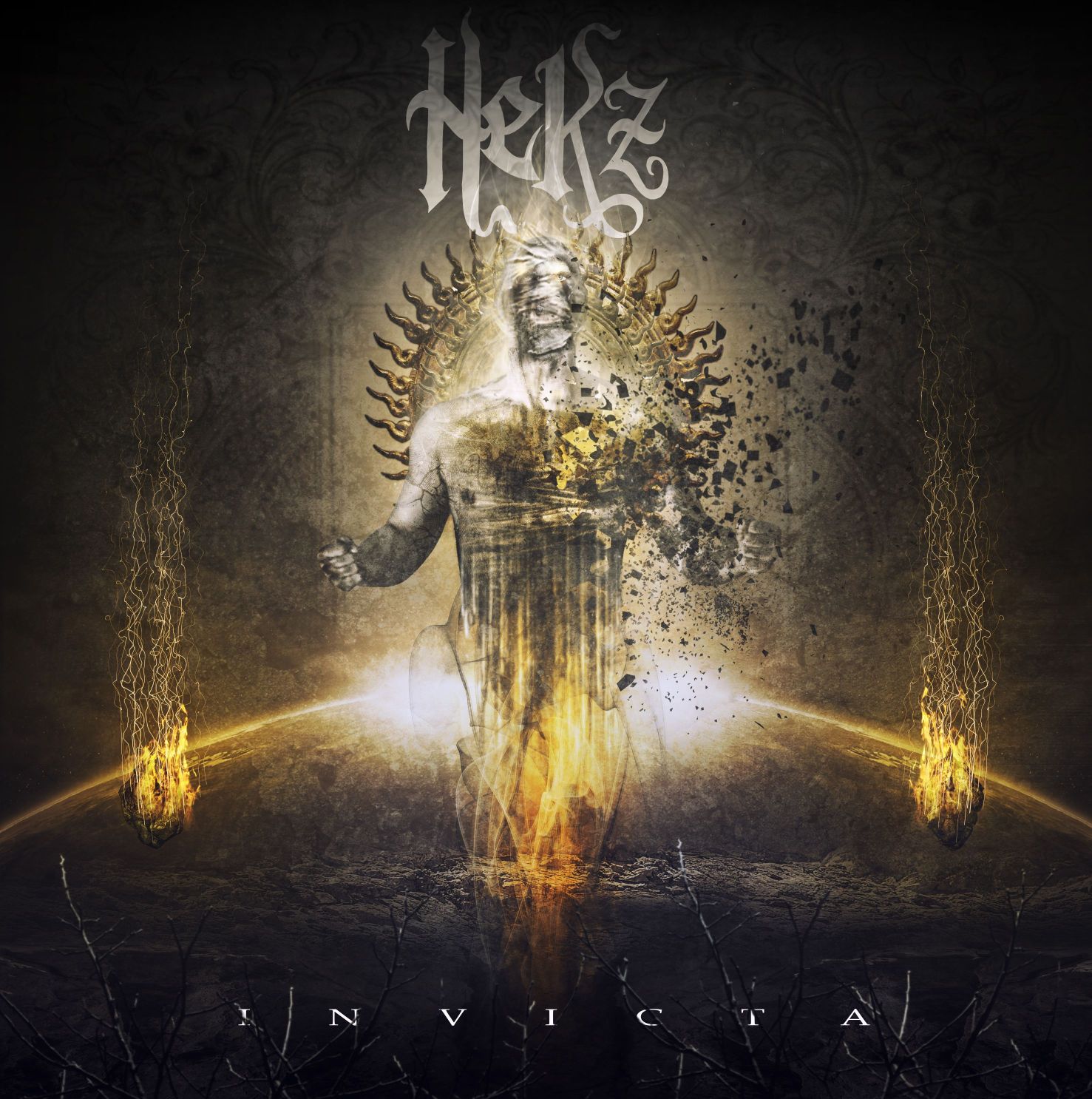 People who are into progressive metal with a twist or two, three, four may have heard already of the UK formation HeKz as they have released two CD’s (‘Tabula Rasa’ and ‘Caerus’) before. On ‘Invicta’ (Latin for ‘unconquered’) the group yet again surprises with a musical cocktail that is almost second to none. Combine the heaviness of Threshold, the inventiveness of Dream Theater, a touch of Rush and some classic British metal influences and you will get some sort of an idea what the five musicians of HeKz are all about. For the mix the group got Arena guitarist John Mitchell into the studio and he had the difficult task making some sense of the sometimes quite unorthodox sounds and arrangements that HeKz has cooked up. Most of the songs are quite jumpy, moody, switching pace and sound while several tracks have lengths of six, nine or even fifteen minutes. Especially the lengthy epic tracks ,,Line In The Sand’’ and ,,The Devil’s Coin’’ showcase a band that does not back away from a musical challenge or two. Both songs are just intriguing in their build up, instrumentation and atmosphere. A big role in the total sound is reserved for bassist/singer Matt Young who is incredibly versatile with his vocal approach. He is in fact the complete package although when he switches to the highest regions I must admit that it takes a little while to get used to him (I wonder if he likes Bruce Dickinson?). But the acrobatics of mister Young are an important part of the music of HeKz. It should be obvious to you that ‘Invicta’ is a CD that needs to be discovered as there is so much happening and it is so diverse that it is difficult to comprehend and catch everything in one go. You will need a bit of patience and understanding plus invest some time to discover how complex yet gorgeous ‘Invicta’ is. Take this voyage and discover if you can conquer the unconquered. If you should have difficulties finding this CD you can always visit www.hekztheband.com where it can be purchased just as the first two records.