HELL IN THE CLUB-Hell Of Fame 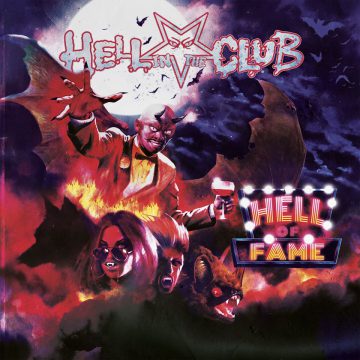 HELL IN THE CLUB-Hell Of Fame

Some three years ago when they released their fourth album ‘See You On The Dark Side’ I already expressed that I did not really see the necessity for Frontiers to release this record as the music was no-nonsense heavy party rock that was done a whole lot better by bands like Ratt, Poison etcetera. Hell In The Club is a band that consists of musicians of the bands Elvenking and Secret Sphere and Hell In The Club is more or less a side-project for singer Dave, guitarist Picco, drummer Fede and bassist Andy. Again produced by DGM’s Simone Mularoni the quartet once more produces predictable melodic heavy rock with a big party rock touch and with a soppy sounding ballad in the vein of Warrant/Poison thrown in for good measure (,,Lullaby For An Angel’’). I suppose there must still be an audience as the album with its no nonsense approach sounds at times upbeat and at times also light hearted, but song wise Hell In The Club yet again comes up with tunes that do not settle themselves in the mind and brain of the listener. Okay to hear but not a record that you go back to time after time again I’m afraid.