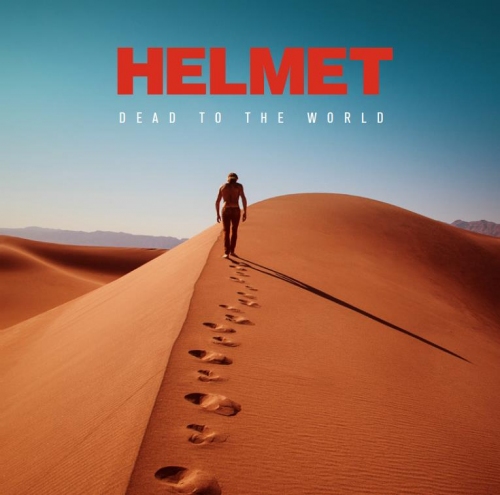 If you belong to the people born in the late 70s and listened (and hopefully still listen) to alternative rock music in your youth, I don’t have to introduce you to Helmet at all. Page Hamilton and his men are responsible for classic albums such as `Meantime’ and `Betty’. Lastly mentioned masterpiece was celebrating its 20th anniversary two years ago which led the band to tour the world and play the album start to end. But moving back to good memories into the present. 2016, Page Hamilton doesn’t seem to be happy with our planet as he simply called the new Helmet album `Dead To The World’. The twelve songs are definitely what Helmet fans would expect. Trademark guitar riffs and trademark vocals. Of course, Helmet never belonged tot he elevator-music kinda bands. You need to give every new album a chance and several rotations before it hits you. But once it hits you, it hits you hard and you start to understand how a band can be around for such a long time, doing what they are doing, with no compromise or by sounding old fashioned. I hope the world doesn’t die mister Hamilton, as I would love to see, respectively hear these great tunes at a live show.