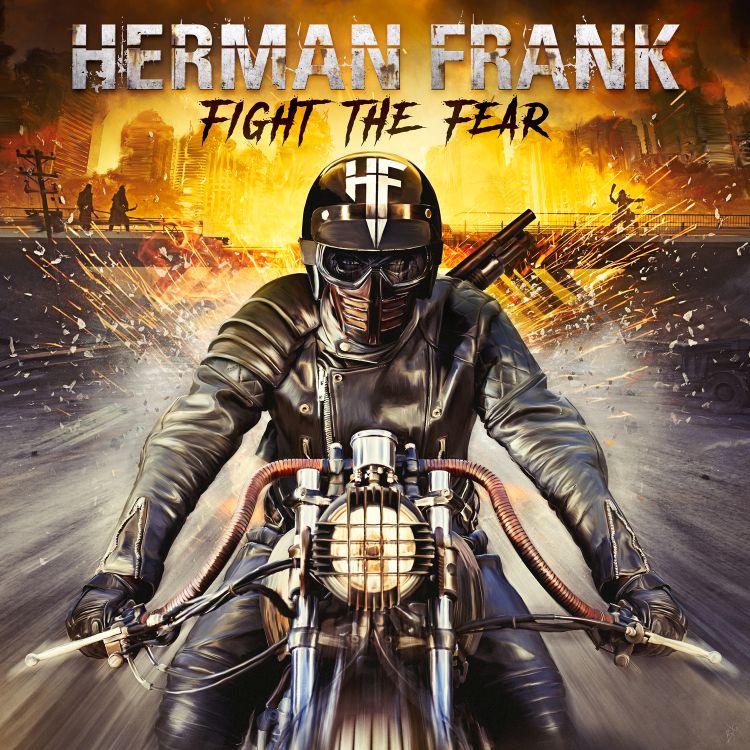 With his previous records ‘Right In The Guts’, ‘Loyal To None’ and ‘The Devil Rides Out’ former Accept, Moon’ Doc and Victory guitarist/producer Herman Frank did not take any prisoners. With relentless guitar acrobatics from the now 60 years old axe grinder and with the help from master vocalist Rick Altzi (Masterplan) especially ‘Rights In The Guts’ and ‘The Devil Rides Out’ turned out be real heavy metal gems. And when you look at some of the song titles on ‘Fight The Fear’ like ,,Terror’’, ,,Rock You’’, ,,Hitman’’, ,,Hatred’’ and ,,Stay Down’’ you should already guess what Herman with his friends Rick Altzi, bass player Michael Muller (Jaded Heart), drummer Andre Hilgers (ex-Rage) and second guitarist Heiko Schroder have in store for us. It might be more of the same but when you hear the power, force and determination that these guys display on ‘Fight The Fear’, you just go with the flow and enjoy heavy metal at its purest. Hilgers and Muller put down so much force in their pulsating rhythms, you just can’t help yourself and bang along. Altzi again is impressive. He has got several bands and projects (Masterplan, Heaven’s Trail and the soon to be launched first album of Gathering Of Kings) on the go the last couple of years but each and every time he steals the show with his incredible power and that rawness that only he seems to have. Of course Rick Altzi is a versatile vocalist but I like him best when he just lets go like on this album where several of the lyrics deal with the violent world in which we live in these days. So also in that matter Herman Frank and his friends have something to say that is useful and gives us food for thought. Some people might think that ‘Fight The Fear’ is filled with one dimensional metal, but I could not care less about that. This is what melodic metal is all about, guitar driven songs, flashy solos, pulsating rhythms and a singer that with his power and ability puts the pedal to the metal with only ,,Lost In Heaven’’ as a song that is not full throttle. It still rocks your socks off even though it is a rock ballad! ‘Fight The Fear’ is a record where there is no room for pretentious bullshit or gimmicks but just heavy metal as it should be. Again no prisoners are taken by this hard hitting outfit and Herman Frank himself stays true to what he has always loved to do. As Beavis and Butthead would say: this kicks ass!