HERMAN FRANK-Two For A Lie 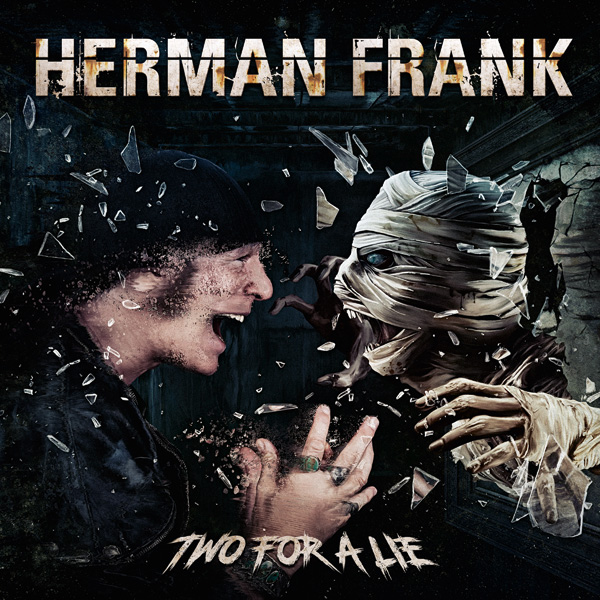 HERMAN FRANK-Two For A Lie

One of my favourite German metal merchants is without any doubt former Accept, Moon’Doc and Victory guitarist Herman Frank. For his fifth record under his own name luckily he kept Masterplan vocalist Rick Altzi on board, realising that Rick’s power vocals are an unmissable ingredient for the Herman Frank sound. Also again present is Michael Muller (Jaded Heart) on bass and further Mike Pesin on guitar (I believe this is his first album with Herman Frank) and basher Kevin Kott.

Recorded at the Horus Sound studio in his hometown of Hannover Herman Frank as always takes no prisoners and makes no concessions. You are being treated to ten wild pure heavy metal songs where the guitars rule the roost, where Altzi shows of his enormous power and where the rhythm section must have worked out in the gym in order to give these songs the speed, power and force required. Hardly ever the band takes the foot of the gas pedal. Herman Frank might be in his sixties now but this album is even more explosive than for instance ‘Loyal To None’ or ‘Fight The Fear’. Predictable you might say? Maybe at times but Herman Frank stands for heavy metal powered by guitars and he has got one of the best singers in the business for this style, so why change a winning formula? You don’t do that, you just put a bit more gasoline on exploding songs like ,,Venom’’, ,,Hate’’, ,,Liar’’, ,,Hail The New Kings’’, ,,Teutonic Order’’ or ,,Eye Of The Storm’’. ‘Two For A Lie’ is a heavy metal hurricane, bone crushing good and loud as f.ck! Add this motherf.cker to your collection if you are a true metal head!