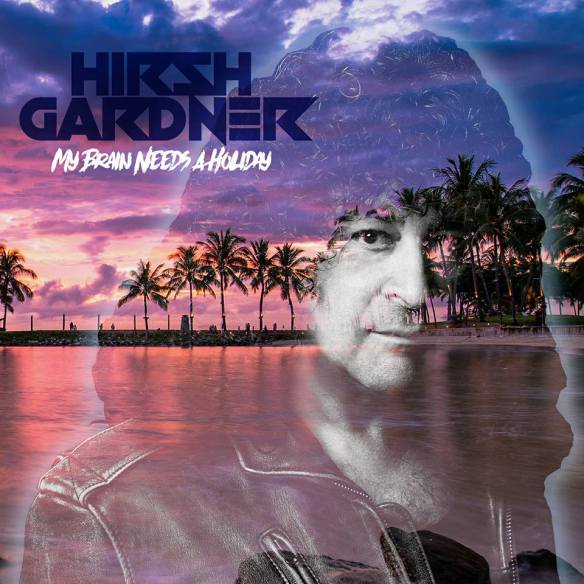 In the late seventies/early eighties there was a band called New England operating out of Boston. On their three albums (‘New England’, ‘Explorer Suite’ and ‘Walking Wild’, all later re-released on CD) New England produced a sometimes weird combination between AOR/pomp rock and pop. Especially the ‘Walking Wild’ album had pop influences that were brought in by producer Todd Rundgren. Just before the recordings of a fourth CD guitarist/singer John Fannon left the band. Drummer Hirsch Gardner, bassist Gary Shea and keyboardist Jimmy Waldo relocated to Los Angeles to start a new band with guitarist Vinnie Vincent called Warrior (a very bad sounding CD with rehearsal tapes was released a few months ago) but during the rehearsals Vincent got the vacant position as guitarist with Kiss. Waldo and Shea later formed Alcatrazz with Graham Bonnet and Yngwie Malmsteen and Gardner went on to work for himself, releasing a solo CD years later called ‘Wasteland For Broken Hearts’. New England has reunited several times with John Fannon and the rest of the original line up and play a few gigs every year it seems, so maybe in the future new material might appear. During the years Hirsch Gardner has developed himself into a multi-instrumentalist and singer as this record shows. Still a lot of guest musicians came along to provide some assistance, like Jimmy Waldo, Starz guitarist Richie Ranno, the guitarists Jon Butcher (Jon Butcher Axis), Ron ‘Bumblefoot’ Thal (Sons Of Apollo), Joe Feloni and some others. Listening to ‘My Brain Needs A Holiday’ it becomes very clear that mister Gardner still mixes heavy rock, AOR, pomp and pop together giving this album from time to time a flavour that might remind you of Cheap Trick, ELO and even Queen. As a singer Hirsch Gardner is not bad at all, although you can hear he is not extremely talented in that field. But it is far from disappointing as is this album, as long as you are willing to listen with an open mind and some patience. Some songs sound a bit weird perhaps (like the title track and ,,Do Me Do Me’’) but all in all ‘My Brain Needs A Holiday’ is an enjoyable rock/pop/AOR record that has its roots in the good old seventies and eighties. Although sounding reasonably modern it seems like time has been standing still for Hirsch Gardner and there is nothing wrong with that. Maybe his version of the Procol Harum cover ,,Whiter Shade Of Pale’’ is a bit on the hesitant side listening to the vocals, songs like ,,Sister Jane’’, ,,Diamond Moon’’ (ballad) and ,,If You Need t’Talk’’ are really cool. Yep, this record requires a few spins before starting to make an impact but the more I hear ‘My Brain Needs A Holiday’ the more I begin to appreciate it.