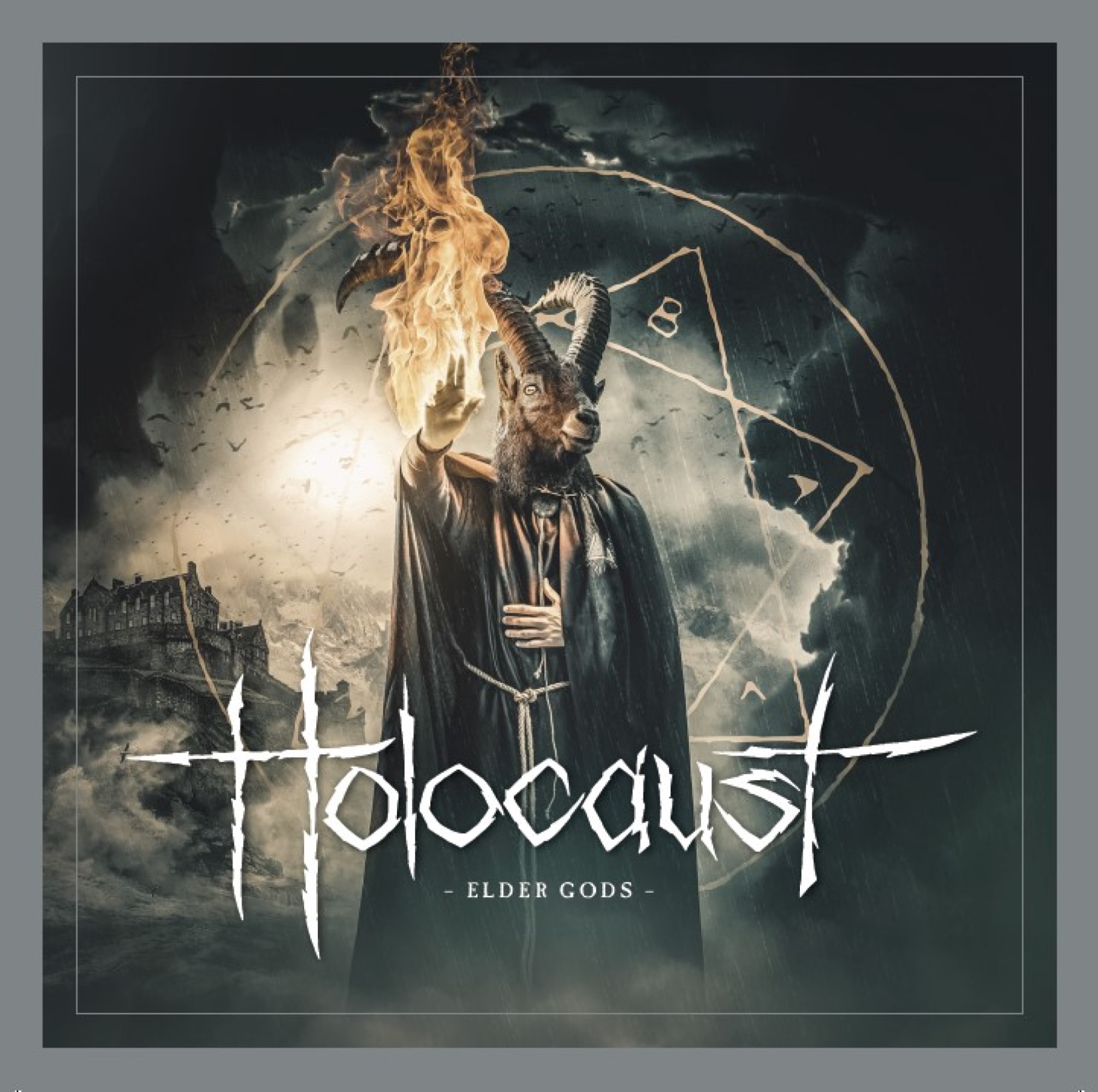 Holocaust first emerged from the New Wave Of British Heavy Metal scene in 1980 with the release of the 12”-single ‘Heavy Metal Mania’, which has become the ultimate grass roots Metal anthem. Holocaust’s first full album was released in 1981 on Phoenix Records, ‘The Nightcomers’ and to this day the album has remained a favorite of the metal genre. The second album, ‘Live – Hot Curry & Wine’, which featured ,,The Small Hours” was released in 1982 and in total, the band has released nine full albums and several EPs and singles to date. Some tracks are well known because Metallica (,,The Small Hours’’), Gamma Ray (,,Heavy Metal Mania’’ and ,,Death Or Glory’’) and Six Feet Under (,,Death Or Glory’’) covered them on several albums. The current line up consists of original and founding member John Mortimer on guitar and vocals, Mark McGrath on bass and Scott Wallace on drums. This has been the line-up since 2003 and ‘Elder Gods’ is the second full-length album in this formation after ‘Predator’ in 2015. When listening to this new record for the first time I can understand that some of you might pass on this one. But I didn’t give up and played the record several more times until I somehow got addicted to it. It’s not that ‘Elder Gods’ will shock and awe the world, but it has something hypnotizing on it. It’s getting me in a sort kind of trance. The lyrics are about ancient paganism and the (false) gods of the Earth. Engage with Ishtar, Shiva, Astaroth, Lucifer, Horus, Satan and the elder of all elders who is yet ever new, the Divine Mother. With titles like ,,Ishtar’’ (a goddess from ancient Mesopotamia), ,,Astaroth’’ (the Goetic Demon) and ,,Benedictus” you may have a clue what’s it all about. The music is Holocaust 2.0. NWOBHM with influences from Hawkwind, Black Sabbath and yes … Holocaust! Listen to ‘Elder Gods’ with no fear, but proudly that these guys are still able to make an interesting album. Hail Satan !!!