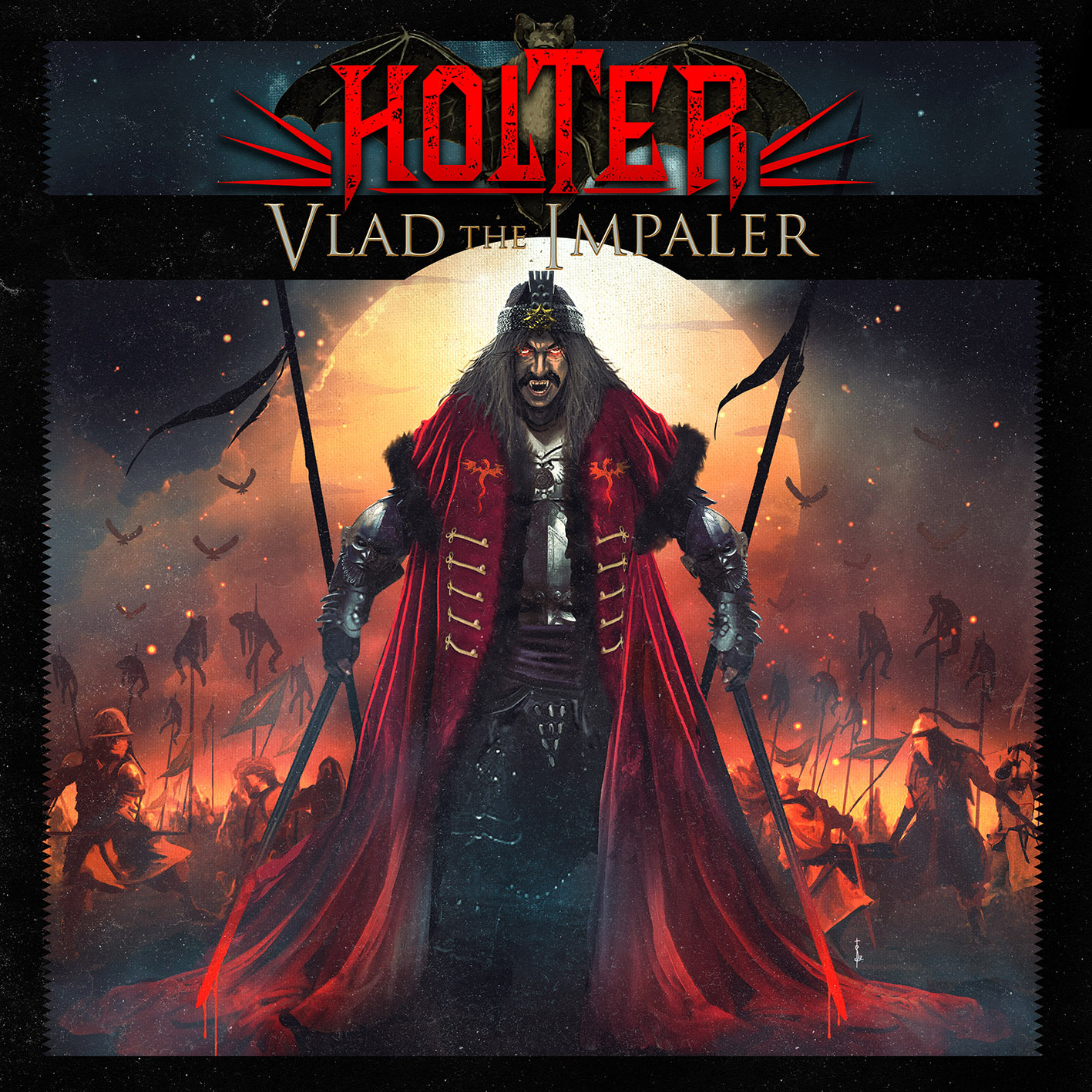 Norwegian guitarist/producer and song writer Trond Holter has been around for a while. For years he was the driving force behind the band Wig Wam, a formation that presented Norway on the European Song Contest a few times and they made quite a name for themselves in their own environment. When Wig Wam called it a day Trond started a prestigious project together with top vocalist Jorn Lande and in 2015 they came up with the rock opera ‘Swing Of Death’, based on the famous Bram Stoker novel about count Dracula. Although not bad I was not extremely impressed with that CD so when I got the file of ‘Vlad The Impaler’ in and saw that it was a follow up to that above mentioned album a certain feeling of scepticism could not be avoided. Another rock opera/concept album about ancient times… Hmm. No Jorn Lande on vocals this time but Nils K. Rue of Pagan’s Mind and female vocalist Eva Iselin Erichsen doing the honours while also drummer Per Morten Bergseth, bass player Bernt Jansen and keyboardist Erling Henanger came on board for the ride. The bulk of the music is okay, at some stages a bit over the top and at moments quite impressive. Especially the instrumental title track sounds appealing while the two more ballad type songs that are being sung by Eva (,,Shadows Of Love’’ and ,,Under My Skin’’) are for me the best episodes on the CD. There are of course a few duets between Eva and Nils and a few more power metal type rockers where Nils sings solo. I must say that the quality of ‘Vlad The Impaler’ is in general better in comparison with ‘Swing Of Death’. Trond Holter has really spent more time in writing the songs, creating a story and recording all that accordingly. There are still moments there where the CD sounds too melodramatic and over the top (like ,,Save Me Part II’’) but looking at the whole picture and the fact that writing a rock opera is a challenge and certainly not easy to do ‘Vlad The Impaler’ does get the nod of approval and should appeal to people that like Avantasia and Nikolo Kotzev. So my scepticism was in a way a bit misplaced and unjustified. In case you are in doubt if this is your cup of tea check out some videos on YouTube or visit the Frontiers homepage.