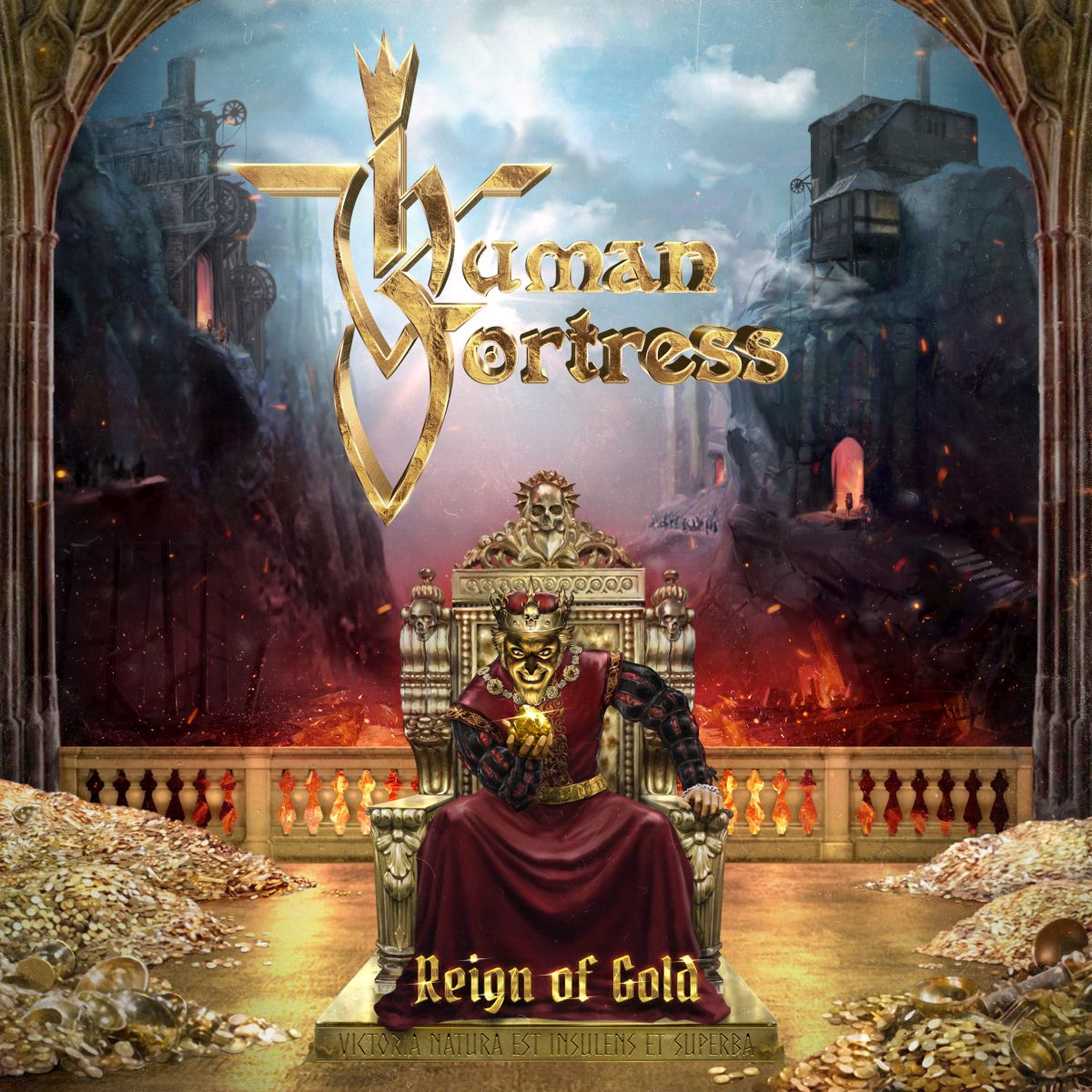 December 6, 2019 by Michel van de Moosdijk - More about our team

‘Epic battle metal’ is how Hannover, Germany based sextet Human Fortress describes their music. No, these boys who are celebrating twenty years of existence in 2019 are not true followers of the mighty Manowar, if that is what you are thinking. Singer Gus Monsanto, the guitarists Todd Wolf and Volker Trost, bass player Andre Hort, keyboardist Dirk Liehm and drummer Apostolos Zaios bring us on their sixth band album an energetic and high energy mix of melodic heavy and power metal produced by veteran Tommy Newton who in 1999 also produced the debut album of Human Fortress. The lyrics are about war, battles, heroism, soldiers and are actually full of fantasy accompanied by melodramatic played and sung music. The originality might not be right there at times and the ‘aha’ moments are quite often present, but the sound and the performance is quite convincing and at times just immaculate. Every now and then the foot goes off the gas pedal and a song with not as much pace like ,,Bullet Of Betrayal’’ is able to steal the show on this album. To be honest, I don’t mind this record at all although Human Fortress sounds at times a bit old fashioned, but I think that is just something that is part of the style of this group. Like I said, there are many ‘aha’ moments and maybe it is that familiarity that makes me like the efforts of Human Fortress. Not an earth moving record but one that is entertaining, well played and sung and Tommy Newton doing what he does best: delivering a first class production!