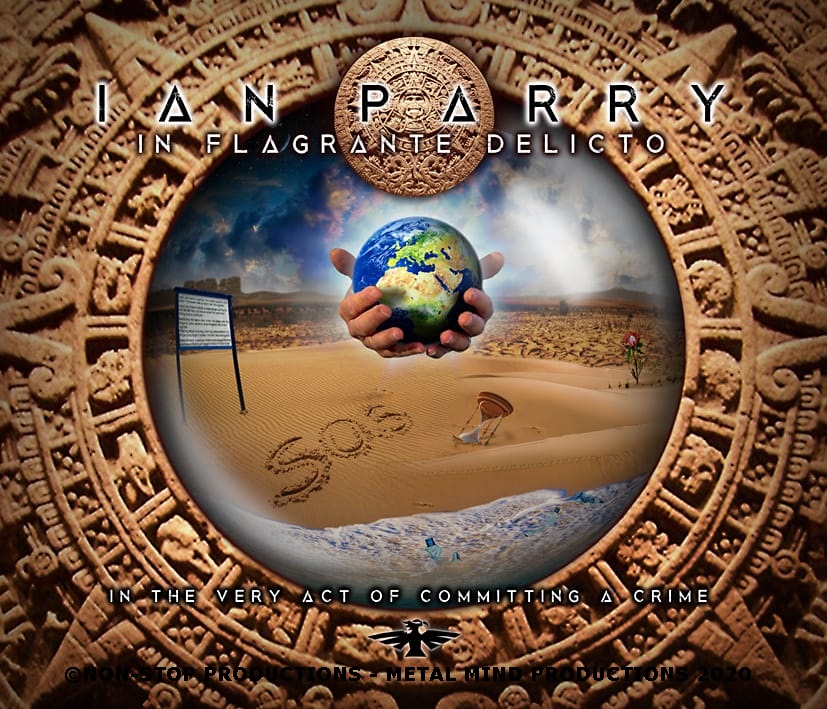 February 7, 2020 by Michel van de Moosdijk - More about our team

Singer/song writer/producer Ian Parry can look back on a long career. Originally from the UK (Liverpool) where he worked with Airrace for a while he joined the Dutch band Hammerhead in the early eighties who were signed to EMI Germany to become their singer. I never knew what really went on between the band and the record company but the record ‘Heart Made Of Steel’ (with keyboardist David Rosenthal of Rainbow fame and former Twisted Sister/The Ladder and Good Rats drummer Joe Franco in the band as well) stayed on the shelves gathering dust for some 15 years, before it finally got released. Ian kept living and working in The Netherlands and sang with bands like Vengeance and Elegy before starting up a catalogue of solo-albums and become the driving force behind The Consortium Project and more recent Rock Emporium. He also contributed vocals for several other groups and projects filling in as guest vocalist. The man has been about, that is for sure. Officially this is his fifth solo-album. Through the years Ian worked with lots of other musicians so the cast that is featured on this record are people that Ian worked with already like former Kamelot (and now Queensrÿche) drummer Casey Grillo, the Vanden Plas members Stephan and Andreas Lill, French guitarist Patrick Rondat, drummer Imre Daun, bass player Barend Courbois and Torsten Reichert and keyboardist Jeroen van der Wiel. Produced by Ian and mixed by Martin Kronlund this has become a modern sounding melodic rock record that can compete with any other record in the genre. As a vocalist Ian Parry has not lost any of his skills, he has just matured through the years like a fine wine. And as a song writer and producer he has a clear view of the direction he wants to take with his music and as the fellow musicians have all worked with Ian on many occasions before ‘In Flagrante Delicto’ sounds like a real ‘band’ effort. The songs are flowing, are melodic, versatile, heavy at moments, modern, bombastic but overall pleasant on the ears. What also is striking about the album is the consistency of the whole package. Weak or doubtful songs? Not present on ‘In Flagrante Delicto’. All ten songs are without exception fine compositions, expeditiously executed by Ian Parry and his fellow musicians. Especially the title track with its big drum and keys sound is more than impressive. Definitely a record that should delight many melodic rockers!