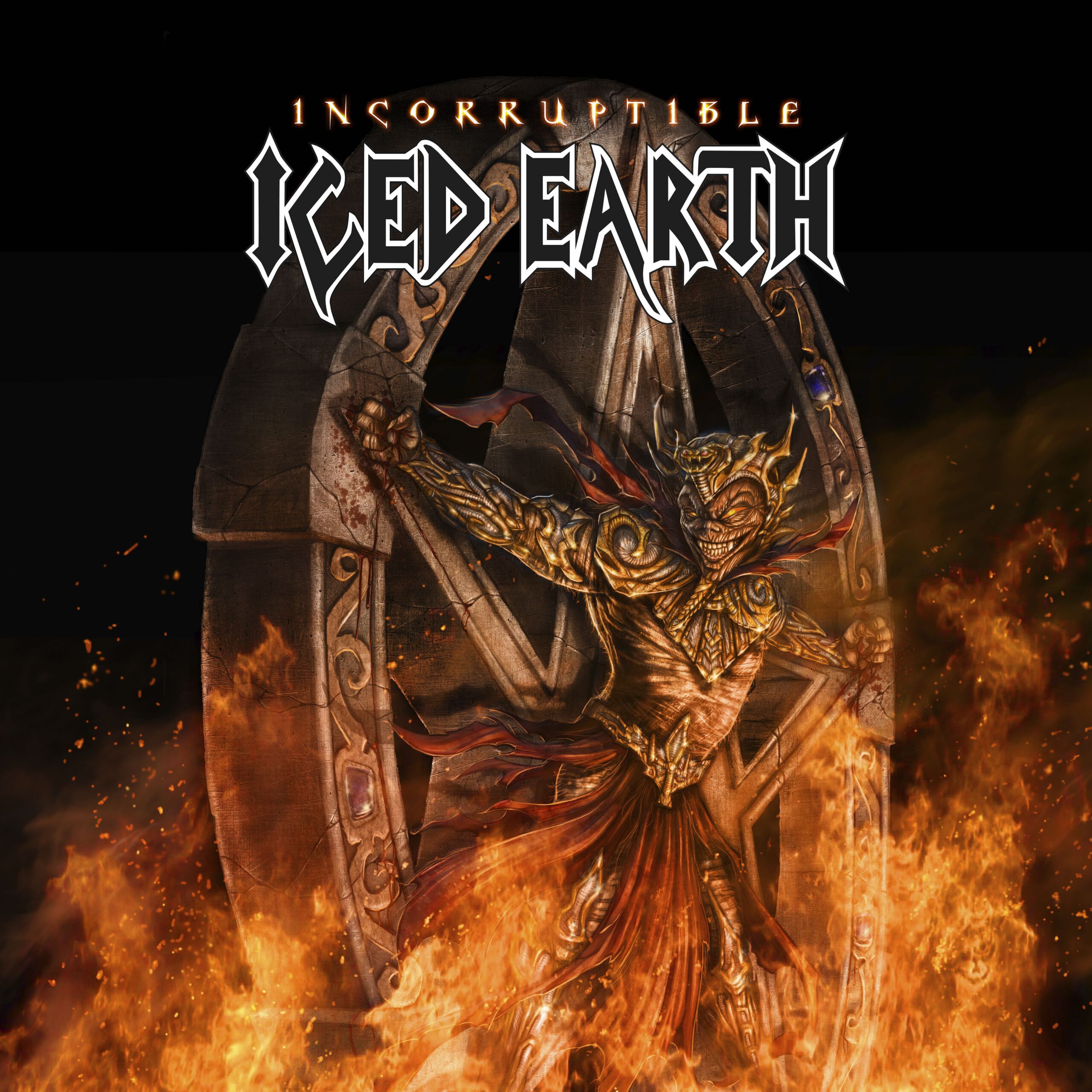 It took heavy metal icons Iced Earth three years, due to Jon Schaffer’s second cervical fusion surgery, to release the new album called: ‘Incorruptible’. The previous record ‘Plagues Of Babylon’ (2014), was not really a classic Iced Earth album like for example `Dark Saga’ and it received rather “moderate” reviews in the music press. However I can tell you already in the beginning of this review that ‘Incorruptible’ is an Iced Earth masterpiece in its true sense of the word; and it will be one of the heavy metal highlights of the year 2017. ‘Incorruptible’ is Iced Earth’s 12th studio album and it features 10 brand new songs, the return of drummer Brent Smedley and a new guitar player called Jake Dreyer (ex- White Wizzard), who replaced long time guitar picker Troy Seele. ‘Incorruptible’ is a true  and utterly pure heavy metal album and therefore it is definitely NOT an album for the weak of heart, as most of the 10 tracks are loud, fast and in your face! ,,Seven Headed Whore’’ (great title by the way..) is without any doubt the fastest and heaviest song of the album; reminding me of early Metallica stuff and that is mainly due to the trashy sound of that one. ,,Defiance” is another very aggressive and angry track that will become a live staple for Schaffer & Co as neck breaking speed is guaranteed in that song. Another musical highlight is ,,Raven Wing”, a typical Iced Earth classic to be, with an amazing chorus, which will stick in your head for months to come! In the instrumental ,,Ghost Dance (Awaken The Ancestors)” the new guitarist Dreyer shows what he is capable of. My personal favourite tracks are: ,,Brothers”, a song with a magical melody and top notch vocals by Block and the album closing track. ,,Clear The Way (December 13th, 1862)”, an Iced Earth anthem like you have never heard before. ,,Clear The Way” actually sounds rather Irish and that is because the song is about the unfortunate fate of the Irish brigade in the Battle of Fredericksburg during the American Civil War. All in all I daresay that together with albums like ‘Dark Saga’ (1996) and ‘Something Wicked This Way Comes’ (1998), ‘Incorruptible” is definitely Iced Earth at its best. ‘Incorruptible’ is a classic heavy metal album as it has energy, power, lots of melody, no fillers, great guitar riffs and solos, excellent lyrics, powerful vocals and 10 grandiose songs! I am sure that it will be very hard for any metal band to top this album. So: buy or die!!