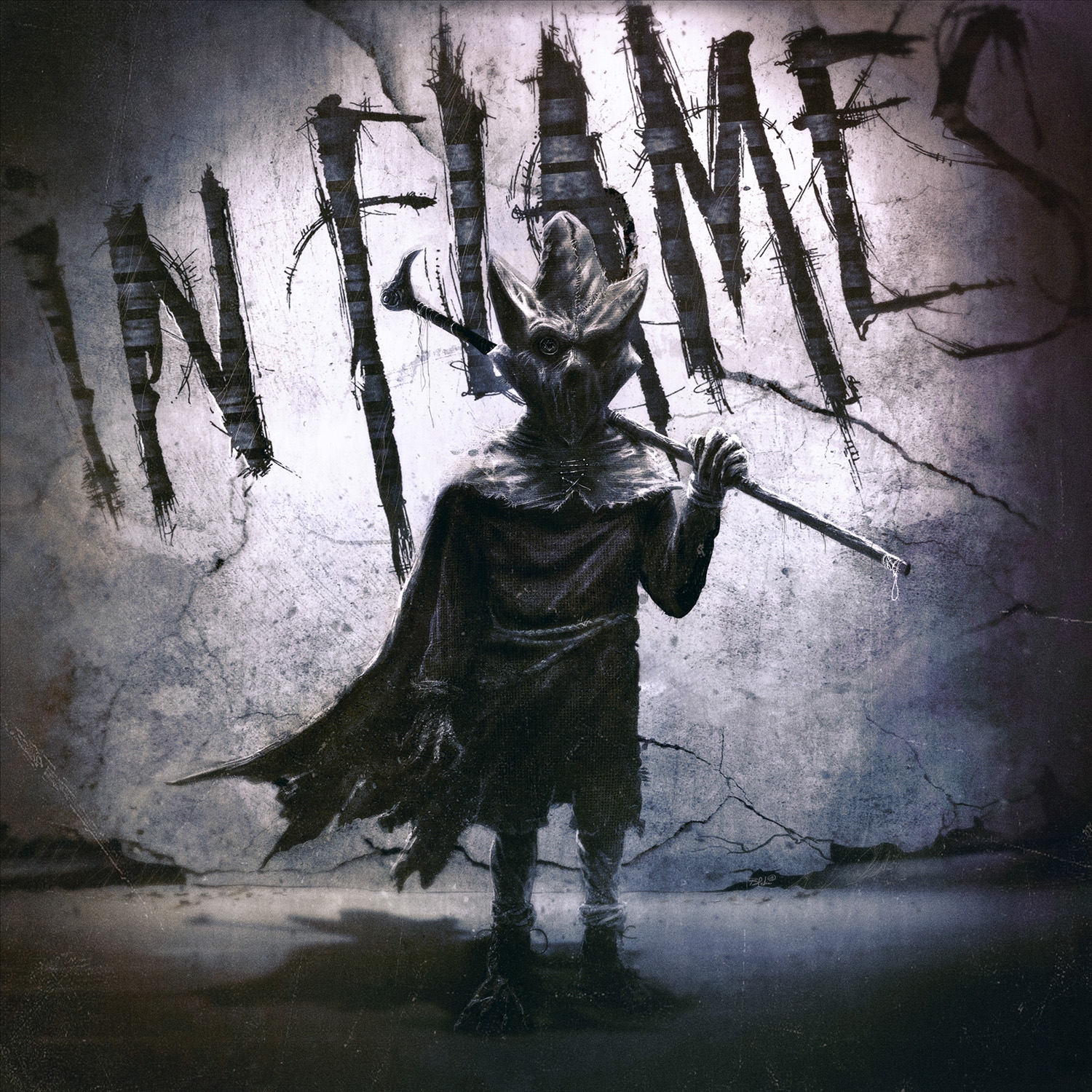 In Flames have always been hard to pin point in direction and style. Their brutal power combined with slick melodies over the choruses, landed them quite a few names and discussions over the years. From Melo Death to Nu metal, I always had to frown upon the labels applied. In Flames is above all In Flames, no label can be applied to their stubborn potion of melodies and blunt force. `I, The Mask’ is their brand new album and insists to explore the path that orbited the band from start.

`I, The Mask’ is an album that roars its ugly head from the opening onwards. Payoff from the impressive powerful riff interaction between Engelin and Gelotte is benchmark In Flames, and Fridén’s vocal performance adds to the poise. His loud and disturbed grunting perfectly aligns with the band’s driving force on the refrains, while Anders morphs during the bridges and choruses. His clean and melodic voice appears to evolve emotionally and the songs on the new album benefit from this evolution. I am well aware that old-school fans of their debuting days will not likely agree, but especially the first half of the album is showcasing In Flames trademarks while swirling up the melodic ladder with dramatic and luster overhaul. The harsh band sound gels perfectly with these melodic segments and tracks like ,,Voices”, ,,Follow Me”, the driven and misanthropic ,,Call My Name”, and the title track are easily found in the band’s best tracks catalogue. The melodies nest in your brain upon first run and will stick with you for weeks onwards. It says something about the band’s keen ear for melody, and their capabilities of penning ear mingling hooks. With their YouTube assault for this album in mind landing no less than 4 singles, expectations aren’t fulfilled completely.

The album is smothered in its perfection lacking the eminent power marking the opening section, and it breaks at tracks 6-8. With the band stating their break from heavy metal, they caused a rift between heavy metal fans and In Flames fans, with discussions sprouting worldwide. The contrast between the first half of `I, The Mask’ and the 3-piece referred to, is immense and hard to get my head around. With this trio of songs packing less of their overwhelming power, the band drills the nerve at the root of the discussion. It features the key ingredients, but it lacks true fire and persuasion to truly rise. The approach is somewhat clinical, limping on the melodic approach to often. The fuses are sparking, but it doesn’t light the flame. It all starts with the melodic chant driven ,,(This Is Our) House” that does not help the album. Though the track has interesting interaction, the riffs and persistence of the instrumentation is too flat and would have benefitted from spiced up anger-laden hooks and drive. Exactly the ingredients Evergrey recently embedded so successfully in their `The Atlantic’ epos. The gripping urge would have coloured ,,House” and it could have orbited. ,,We Will Remember” and ,,In This Life” are also breaking further from the roots of the band, exploring more melodic modern paths. Luckily ,,Burn” and ,,Deep Inside” are enclosed in the second part, igniting the fire again. It keeps the flame burning and marks the qualities of the band.

Production wise the album isn’t as consistent either; bass parts are drowning in the riff rage of the guitarists, and at times aren’t spotted in the front end of the mix at all. More powerful bass drums would have kicked up the grit and dirt, adding to the experience. What doesn’t help the longevity are the two last tracks ,,All The pain” and ,,Stay With Me” that make it die out in acoustic tenure. It doesn’t evoke me as a listener to reach for the repeat button to spin it again. Though both tracks are packed with emotion, the album dies out lacking energy and drive. Spreading the tracks over the album would have balanced the harshness out evenly, making the dying minutes of the album less abrupt.
Don’t get me wrong here; I ‘m not stating the album to be weak at all, but there simply could have been more in it with a better deliverance and a balanced spread of the tracks. The majority of tracks are easily matching the expectations, but the scale is tilted by 3 weaker tunes and the 2 ballads not matching the high criteria of In Flames unfortunately.

In Flames to me is still a top-notch act that has influenced an entire generation of Nu metal bands in the past. Their evolution boggles me as much as it torments me. Expectations running high, with a ton of great tracks, it is somewhat choked by 5 tracks. `I, The Mask’ is easily their best album out of their last releases, but it could have been so much more. They still have everything in them to create a genre shocking new album and I maintain to live towards that. `I, The Mask’ doesn’t fulfil on all accounts, but the majority of tracks is up to par and will most certainly please their fan base. I strongly advise to listen in and explore, and make up your own mind on `I, The Mask’.