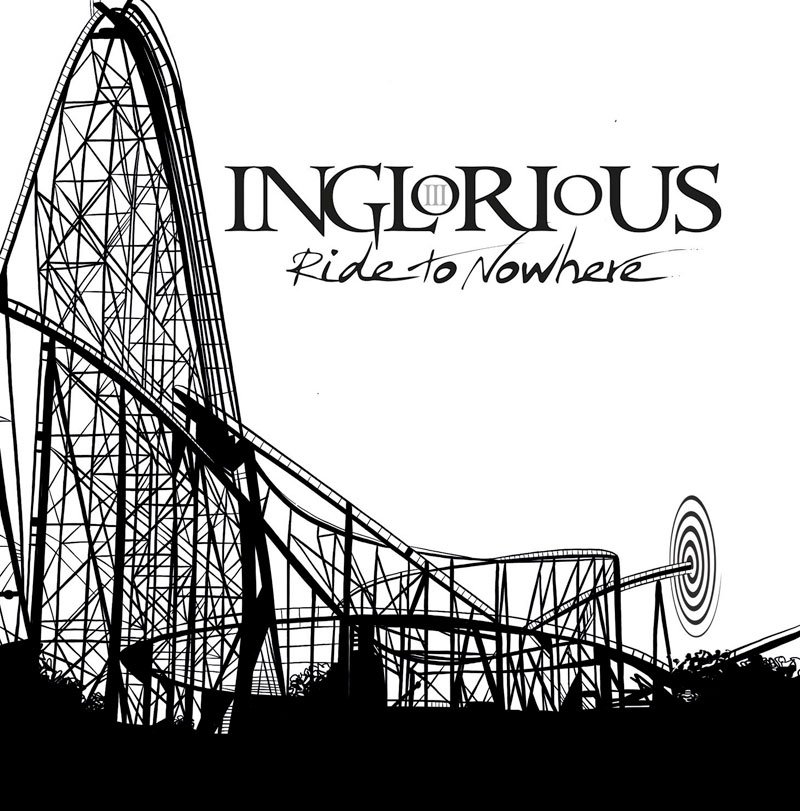 Being hailed as one of the best young bands coming out of England the last couple of years Inglorious has to back that up on this third album. It seemed that the history is repeating itself. Just before the release of ‘II’ guitarist Wil Taylor (now the singer/guitarist in DeeVer) left and was replaced by Drew Lowe, who was an original member when the band started out before being replaced by Taylor. Most of 2018 was spent writing and recording ‘Ride To Nowhere’. When the recordings were in the can shit hit the fan. It seems there were some tensions between band members resulting in the departure of bassist Colin Parkinson, Drew Lowe and lead guitarist Andreas Eriksson leaving singer (and undisputed band leader) Nathan James and drummer Phil Beaver the task to find replacements. Parkinson and Lowe quickly teamed up in a new outfit called Temple Of One. Fans reacted furiously about the split and it caused Nathan James to record a few messages on social media trying to cool and calm things down. It seemed that the ego of the singer clashed heavily with the departed musicians. In the meantime James and Beaver wasted little time and Inglorious is back with a full line-up (new recruits are the guitarists Danny Dela Cruz and Dan Stevens plus Brazilian bass player Vinnie Colla) but fact is that ‘Ride To Nowhere’ will be the last record recorded with the old line-up. Sometimes things no longer work out in a group but it is a damn pity because the potential of this band on the first two records was enormous. And now with a new album to promote Inglorious might face the fact that they will have to take one step back in the hope to put two forward in the near future. But Nathan James might not see it that way and he might be right. We shall see. In a way ‘Ride To Nowhere’ is a bit different because of some heavier and groovier base riffs that have been added by Drew Lowe to the overall mix but in general the 11 songs do sound like a logical progress. Personally I needed some more time to get into this record where the first two grabbed me by the throat immediately ‘Ride To Nowhere’ has some different accents. But the big voice of Nathan James is the guide line to follow and as usual the singers puts his stamp on the proceedings. He seems to have put more melody and control in his performance. In the past he would go all out, now like on the title track he has built in more subtle moments that are combined with his big screams. Can we call it more versatile? Also of great quality is the ballad ,,I Don’t Know You’’, for me the top song of this record. Beautiful built up, great chorus, prominent bass line and Eriksson shines with a sharp yet haunting solo. Acoustic closer ,,Glory Days’’ is also a big highlight, very subtle and Nathan James pouring all his emotions into it. It sounds maybe not so flattering for the departed musicians (who have played an important part in the development of Inglorious) but this band thrives especially on their singer. Without Nathan James Inglorious would not be what it is today, the best new English band in the last five years or so. For myself I am still not a hundred percent sure if ‘Ride To Nowhere’ is as good as its two predecessors but the more I hear this record the more it starts growing on me. You might have that feeling as well, so with some patience and several spins I am convinced you will learn to appreciate the third Inglorious album.