INTO THE ARCANE-Sleepless We Lie, Thoughtless We Cry 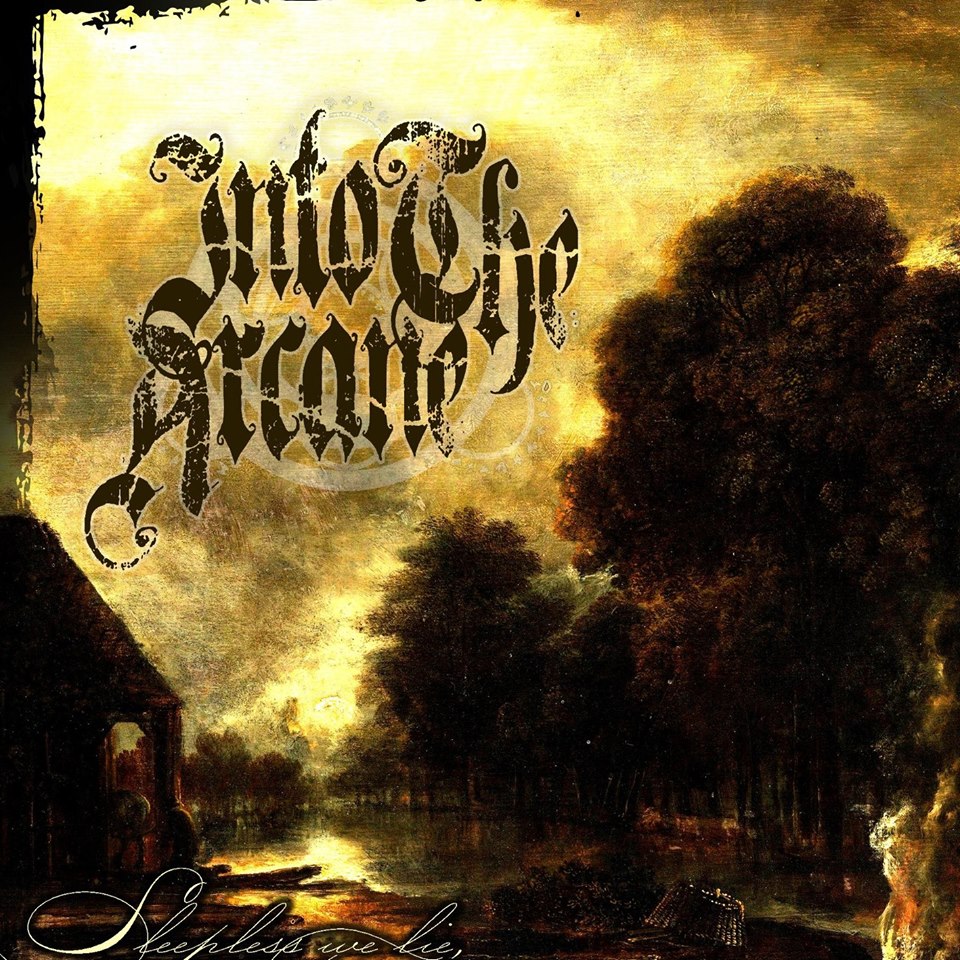 INTO THE ARCANE-Sleepless We Lie, Thoughtless We Cry

Into The Arcane is a fairly new Dutch atmospheric doom band that has established its name in the scene pretty fast. The band, consisting of seasoned musicians that made name locally with their bands My Favorite Scar, Dead End, Pictura Poesis and Mouflon, recorded a debut EP, now followed by this first full-length effort. `Sleepless We Lie, Thoughtless We Cry’ is a conceptual album about the Arcane Disorder discovered and documented by researcher Dr. John P. Philips in the 19th century.

The concept perfectly lends itself to draw from, especially since Into The Arcane moves around in the shadow-laden darkness musically. The dark and inert hulking tracks just roll forward with ominous overhaul grunted together by vocalist Eric Noten. Frequently Noten reminds me of Gorefest’s De Koeijer with his deep grunts and power, evoking the darkness of the album’s concept. The album is opened by the static voice and narrative story about Philips research about madness and despair, uncovering the global connection documented in the disorder. As ponderous drums take us into the welling and brutal riff-build sound, we get sucked into the Arcane with epic long running doom story, with all song subdued as chapters. The tittle track instantly pastes the scenery with colourful embedded sound effects enhancing the storyline. Absolutely wonderful is the dark howling ,,My other Self” with its ominous riffs and ham fisted tendency kicking into full metal gear. The Dutch titled ,,Een Leven Niet Geleefd” [life not lived], kicks up the pace, with the grunts adding to the driving guitars of Jeroen van Riet. Tijl Jacobs [bass] and Harald Bouten [drums] lay down a slow crawling and cumbrous foundation with ravishing precision. It is plumb and blunt at times, adding to the balance of the thick layers of guitars and the growls and grunts. Heavily distorted guitars add to the dense atmosphere, frequently reminiscent to Celtic Frost and The 11th Hour, at other times Trouble and Candlemass come to mind. Picking up the pace on ,,Thoughts On Breathing” the band displays variety with Tiamat and Moonspell coming to mind, yet overall Into The Arcane retains a stubborn and unique own dominance. ,,Lijdensdruk” [suffering pressure], adds to this stubbornness with its Dutch lyrics, not straying from the English content. It just fits the band’s profile and the concept. Especially fun for the Dutch metalheads to hear a doom/death metal band grunting lyrics in Dutch, to be frankly. ,,21, When I Died” and the 9th chapter – ,,My Sane Asylum” take the album to its climax with progressive laden doom outbursts and intricate narrative sections.

A new band with an impressive album. There is still room for improvement, but overall Into The Arcane has to maintain their stubborn uniqueness to stand out in the scene. The band glows and radiates when they plunge along with slow haunting pace, but bursts into flames when the unload their power with excellent marksmanship. The conceptual storyline is a perfect breathing ground for the brooding and dense atmosphere, adding to the pleasure and experience.